“Nirvana in Fire 2” (aka “The Wind Blows in Changlin”) is finally here! Ever since the highly addictive first season of “Nirvana in Fire” (with a Douban rating of 9.1), I have been dying to see the sequel. And I am happy to report that the second installment of the franchise did not disappoint. Within the first half hour, I was hooked once again. 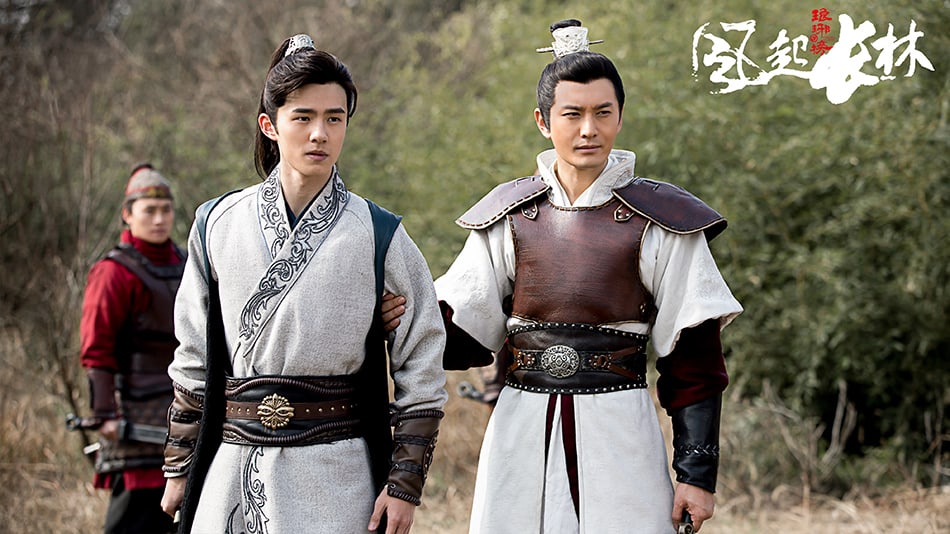 The second season of “Nirvana in Fire” opened with a completely new group of characters. In season 2, Xiao Ping Jing (Liu Hao Ran) is the second son of the powerful Xiao warrior family. His older brother, Xiao Ping Zhang (Huang Xiao Ming), is the respected general of the Changlin Army. As the baby of the family, Ping Jing prefers to let his father and brother take care of business while he roams free. But when his older brother nearly dies on the battlefield due to a group of corrupt politicians, Ping Jing leaves behind his carefree life on the Langya Mountain and gallops to the capital to investigate the conspiracy. 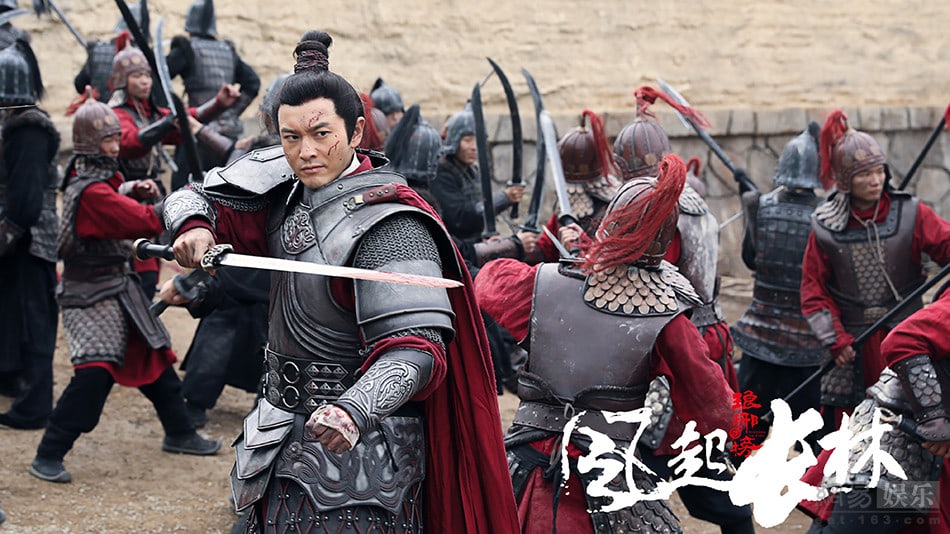 Love, love, love his character in the show! He is everything you want in a warrior hero: steady, intelligent, brave, fighting on the front-lines with his soldiers, committed to the mission to his very last breath. In a scene where he rallied the troops knowing he would likely die that day, my tear ducts got all worked up! 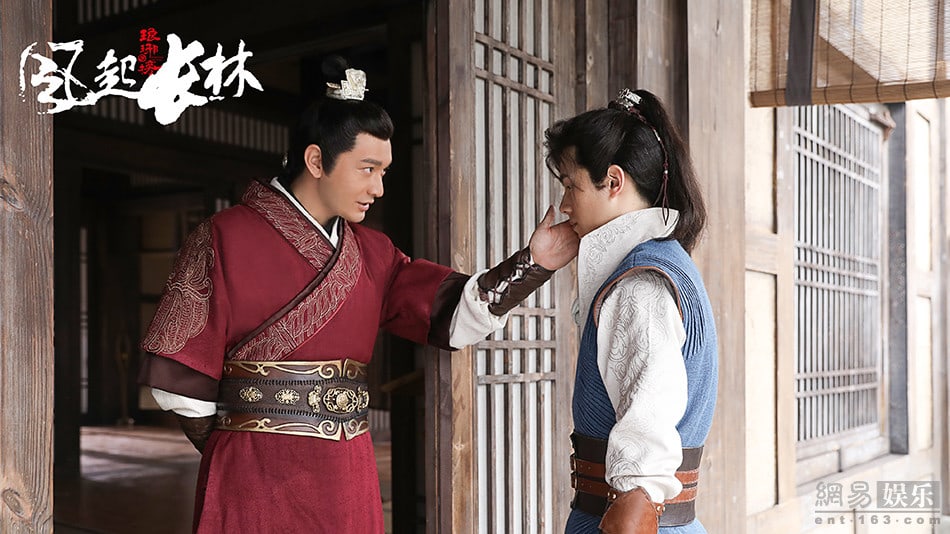 One of the best things about “Nirvana in Fire 1” is the brotherly bond between the prince and the generals. It’s great to see that the heart and soul of the first season is just as prominent in the second installment. Ping Zhang mentors his younger brother with so much love and wisdom, and a bit of playful mischief for good measure.

As to Huang Xiao Ming’s acting, he is a pleasure to watch. Compared to his portrayal of the general in “The Crossing” (starring opposite Song Hye Kyo), where he did that awkward roar, he really nailed it this time. I think he even got better-looking. 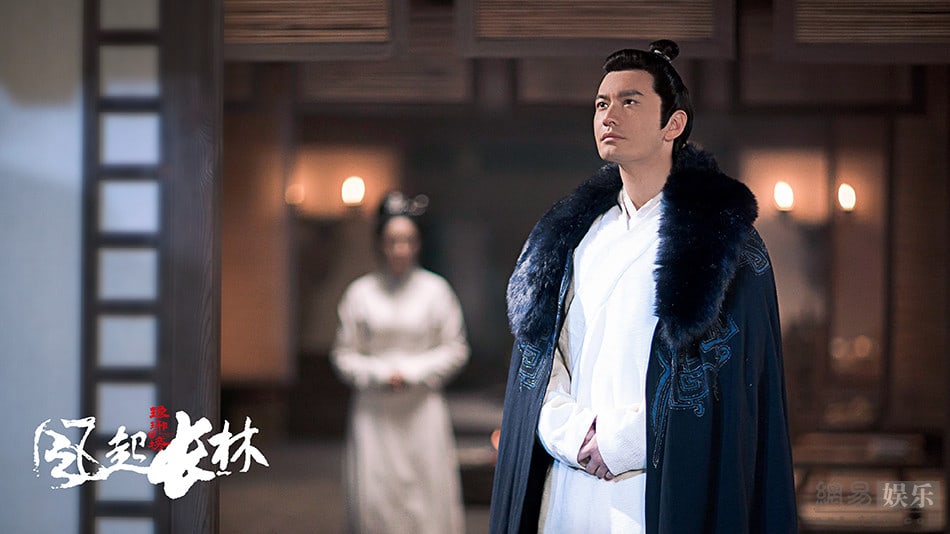 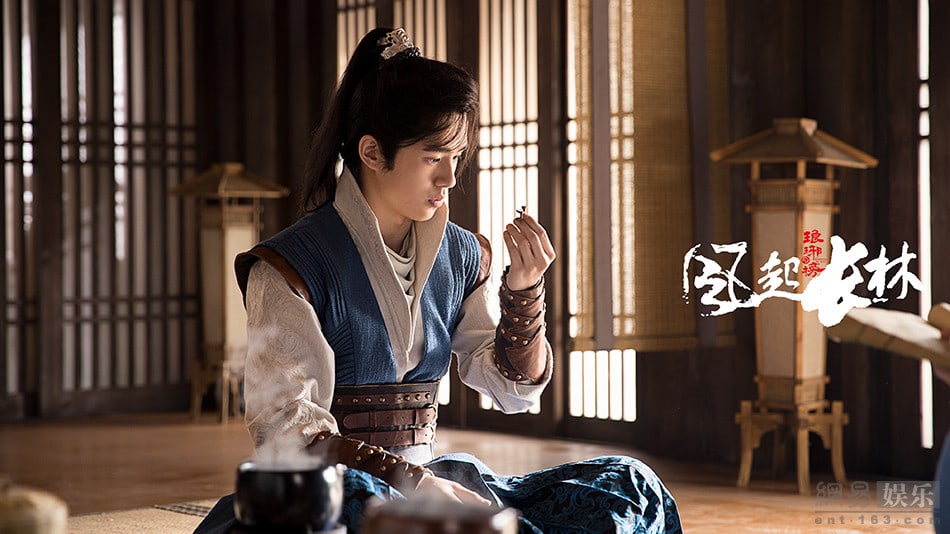 Liu Hao Ran plays Xiao Ping Zhang’s younger brother, Xiao Ping Jing. As the baby of the family, he is loved and doted on by all. Charming and clever, he enjoys living under the shelter of his powerful father and brother, until one day, that shelter comes crashing down and he is forced to carry the duties that his brother once shouldered.

I came into the series thinking that Huang Xiao Ming’s character was the protagonist, but it turns out that the little brother is in fact the hero of the show. 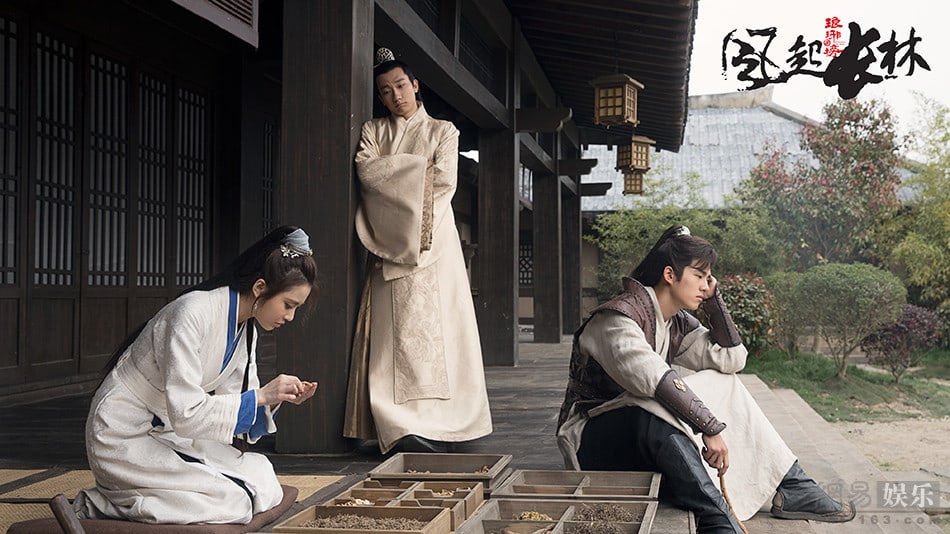 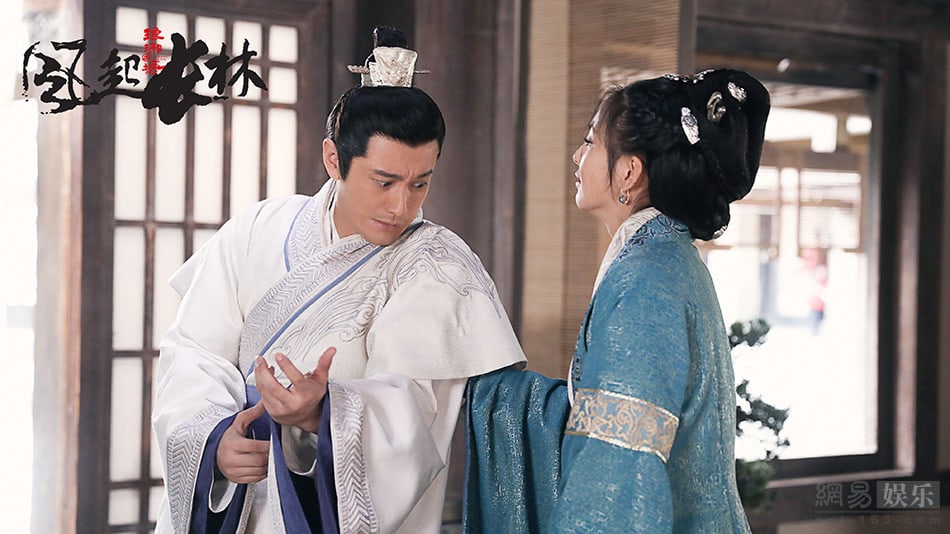 In “Nirvana in Fire 2,” Tong Li Ya plays Ping Zhang’s wife, a skilled martial artist and descendant of General Meng (who was formerly ranked No. 1 on the Langya List of Martial Artists). I was really excited to see Tong Li Ya play a warrior queen, but so far I haven’t seen the warrior side of her yet, just the sweet wifey side. Being as important a character as the general’s wife, you’d think that she would come out with a bang. But she didn’t. Not yet.

Can’t wait for her to whip out that sword! 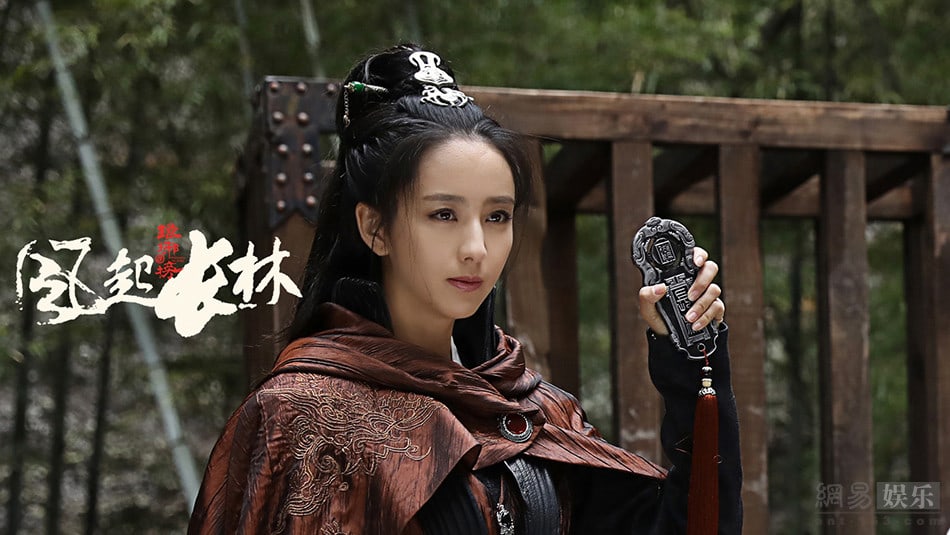 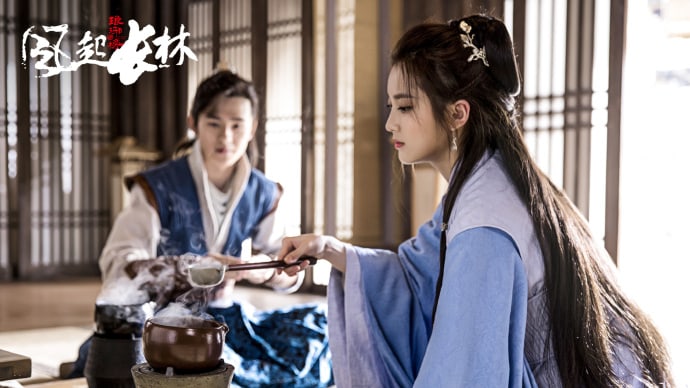 Lin Xi, however, did come out with a bang. She appeared as early as the first episode, as a stern, gifted doctor. 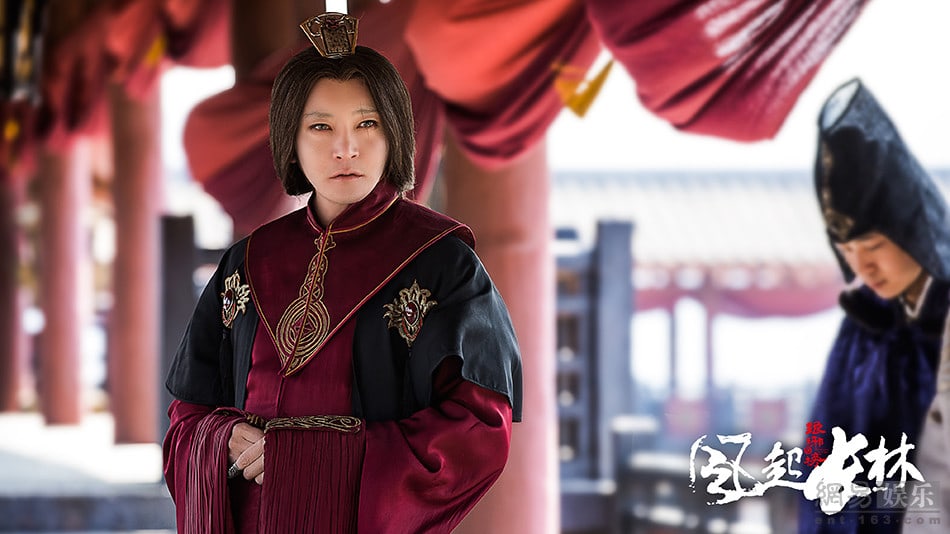 I’m not a big fan of the pasty-faced, creepy villain. At times his scenes drag on a bit, but the villain is more of a catalyst in this story in contrast to the first season, where the protagonist’s scheme drives the story forward. In “Nirvana in Fire 2,” it is the villain’s evil scheme that moves the story forward. Ping Jing and Ping Zhang are always reacting to his plot.

Everything we loved about the first season in terms of set design and costume has returned in the second season in full force!

The drama begins on the Langya Mountain, with the mountainous scenery in the background (a nod to the first season). Again, the cinematography is so breathtaking, it’s like a watercolor painting. 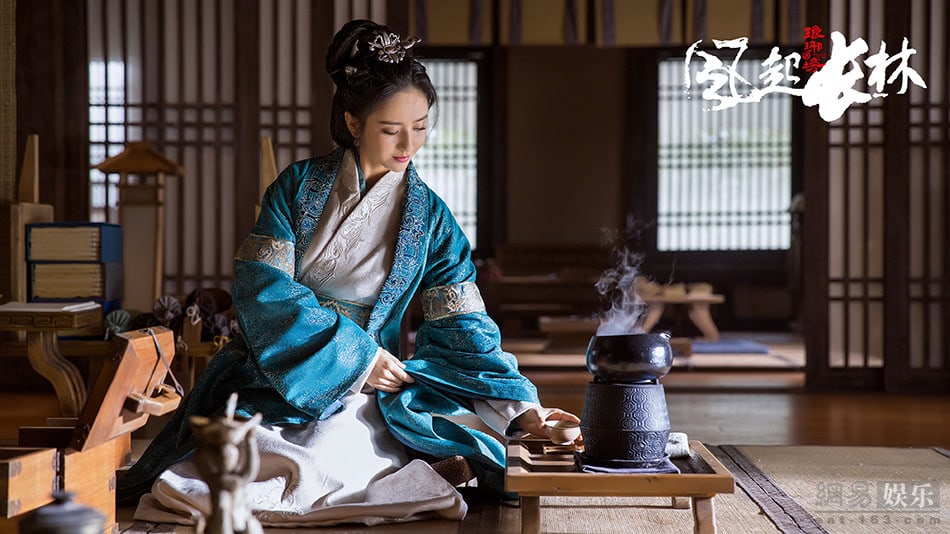 And the teacups. Allow me to take a minute to… gush about the teacups! Even in the first season of “Nirvana in Fire,” I couldn’t help but notice awesome teaware. Translucent jade bowls in the palace, hanging iron teapots over a coal fire pit, bamboo ladles on a low table, tatami mats and a sliding door that opens to a courtyard of Zen-ness. In more ways than one, this drama is a feast for the eyes.

Everybody is watching and talking about this show in China right now. It’s not as fast-paced as the first season, and the bad guy is a bit hard to watch, but other than that, the bond among the brothers is heartwarming, the turning points are unpredictable, and the cinematography, the shot composition, the costumes, and the set design maintained the bar set by the first season. I highly recommend it!

Hey Soompiers, have you been watching “Nirvana in Fire 2?” What do you like most about the show?

If you haven’t already, you can watch season one of “Nirvana in Fire” below:

michelledong is a Soompi Features Writer. When she’s not straining her neck muscles to find the next great Korean drama, she’s writing her book 2 Questions Every Girl is Asking Herself & casting Kim Soo Hyun as her dream lead.