It wasn’t that long ago when we heard the heart-breaking news that “Weekly Idol” was going to be revamped, with Jung Hyung Don and Defconn ultimately leaving their positions as MCs. With them having just celebrated their seventh year and with no signs of slowing down, it was certainly very surprising news. Personally, “Weekly Idol” has been a staple in my variety watching roster, and has played a big part in expanding my knowledge of K-pop. 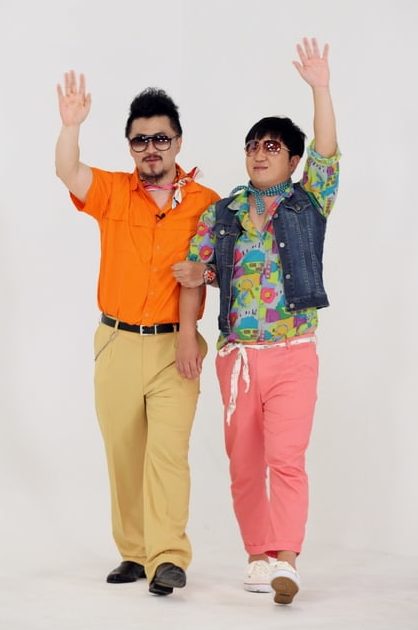 While at this point we still have limited information on what the revamped version of “Weekly Idol” will look like, one thing we know for sure is Doni and Coni are leaving. Honestly, a “Weekly Idol” without Doni and Coni just won’t be the same. And so, I wanted to take the chance to say a big “thank you!” to Doni, Coni, and the “Weekly Idol” we knew and loved for these seven years.

Dear “Weekly Idol,” thank you for introducing us to idols

I can’t name the number of times I started fan-girling a group just after watching their appearance on “Weekly Idol.” After all, there are dozens of groups that debut each year, and it’s very hard to keep up, or remember which group is which. But this show is able to give idols a chance to approach more people, not just through their music and dance moves, but also on a more personal level. It’s much easier to remember a group after spending 40 minutes laughing along with them. In fact, many rookie idols nowadays name this show as the No. 1 variety show that they want to appear on, and even practice the “Random Play Dance” corner beforehand. Plus, with the exposure it has gotten internationally over the years, rookie idols are able to build their international fan base.

I started obsessing over MAMAMOO after watching their episode.

Same with SF9 and Cross Gene

Thank you for your dance-related corners

The “Random Play Dance” corner is hands-down the best part of the show for me. I love hearing a medley of the group’s songs, even if it’s just for a few seconds at each time. The corner always delivers, showcasing the idols’ dance choreography and talent, while also delivering the laughs when they all inevitably fail. More often than not, there’s going to be squabbles, collisions, betrayals, and in Teen Top’s case, flat out war on the dance floor!

In recent years, we were also treated to 2x speed dances (thanks to GFRIEND), which traded in the laughs for pure heart-thumping amazement! Jaw-dropping dancing aside, some songs also sounded twice as fun when played twice as fast!

The queens of 2x speed dance!

Thank you for giving us access to rare guests

Where else would we be able to see JYP twisting on the floor, or Yoo Hee Yeol doing aegyo? Over the years, “Weekly Idol” has successfully lured in many top tier K-pop artists including RAIN, EXO, BIGBANG, Girl’s Generation, IU, and many more.

Girl’s Generation showing us how to model.

I miss him already!

They were also able to invite first generation idols like Shinhwa and SECHSKIES, and also “special” groups like Double V and Celeb Five. Just take a look at their guest roster and you will be amazed! This speaks volumes to how wide-reaching this program is, as most of these guests tend to be selective of which programs they appear on during their limited promotional period. And this program is able to deliver these otherwise rare-to-see guests right onto our TV (or laptop) screens.

Double dose of both Yoo Hee Yeol and JYP’s aegyo!

Usually, on music shows, we see the idols in their element – singing and dancing. On talk shows, they share charming or silly stories. But rarely is there a stage for them to show off their other unusual and often times half-baked talents, like mimicking a traditional Korean instrument, or deboning anchovies.

This was to test who could get all the melon skin off the fastest. Only on “Weekly Idol”!

Showing off their ugly dance!

There’s also the “Profile Rewrite” corner, where idols can see how far they’ve come while also revisiting their early (and cringe-y) debut days. We also get to see them have fun while playing games, notably the “99 Seconds” game and the “Show Me The Boss’ Card.” And also just as importantly, they feed our hungry idols food! Beef, shaved ice, milkshakes, chicken, you name it!

Thank you for being true to yourself

“Weekly Idol” started off as the show in a third floor basement with white walls, white floors, and no set pieces. The show was only slated to air for a few episodes, and people in the industry did not have much hopes for it. The initial bareness of it all was probably to minimize production costs. Seven years later, they have built a name for themselves as THE program for idols, and yet, they are still in the same basement with nothing else in it. AND they have turned this concept into a running gag. They didn’t feel the need to get bigger or wilder, but instead kept the original concept of the show, which was to put idols front and center. And what better way for idols to shine than by placing them against a white backdrop? And despite being in their seventh year, their annual awards are still as shabby as ever – they recycle their one flower bouquet and statuette – and it’s a a downright hoot!

No white walls = no butt-shaking Doojoon

Nothing to distract us from the wonders of RM

And most importantly, thank you for Doni and Coni

Doni and Coni are the heart of the show. There’s no two ways about it. They have a way of convincing even the big names to play along, whether it’s doing aegyo, or dancing until they’re breathless and sweaty. They can also bring out the charms of newer idols, zeroing in on their special qualities and nudging them out of their shells. And I still remember Doni and Coni saving AOA member Seolhyun’s acting demonstration by joining in and going full out when it fell a bit flat. That’s how great they are at their jobs. They make idols feel at ease with trying out new stuff, jumping in when it doesn’t quite work as expected, but standing back when it does. And when family-esque idol groups like INFINITE, HIGHLIGHT, and Apink show up, the chemistry is always a joy to watch. 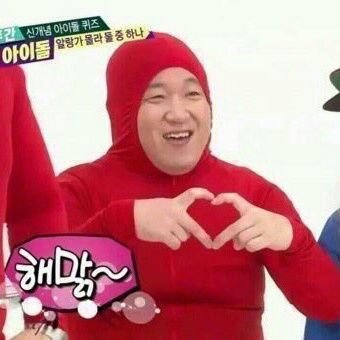 When will we see this again? 🙁

Someone needs to make this happen!

It has been a wonderful seven years with many, many wonderful memories. The revamped version will certainly not be the same, especially without Doni and Coni. But I will still tune in, if not just to see what they are planning. Also, can someone please tell Eun Hyuk to not pull down the shutters on any other shows?

What are your fondest memories from the show? And who can you see MC-ing the new revamped version? Leave your love and comments below!

Belinda_C was super bummed about this news. Even worse, there’s now absolutely no chance of Shinhwa appearing on it this year 🙁