There’s no stopping BLACKPINK these days with the current success and popularity of their new single, “DDU-DU DDU-DU.” Their single is one of the fastest rising music videos with over 100 million views, and their entry into international charts is also noteworthy. And while all of the members are equally talented and charming, Lisa shows her different colors in performances, variety shows, and at home. Here’s a growing list of her unique features that leave fans head over heels.

In an interview with “Idol Room,” the hosts did a “Fact Check” segment where they confirmed “rumors” about the members. Everyone was saying that Lisa can learn a dance like a super computer by scanning the choreography once and memorizing it right away. She was able to dance easily to other girl group songs. Not only that, she is also able to rap and sing well along with the rest of the BLACKPINK members. She shows that there’s no other place where she feels most confident and in her own element than the stage. But her journey to being a good dancer and performer wasn’t always easy. In a magazine interview with Nylon Japan, she shared about the hard times she experienced as a trainee, “The support of my dad and mom really helped me a lot. And my fellow trainee members who I trained with. We shared a lot of painful times. We shared about a dream that is debuting and I think that was keeping me and my motivation up.”

When the camera is on, Lisa switches her game face on and shows a fierce and sassy side that is quite unlike her bubbly and likable image offstage.

She can rock any hairstyle and color.

Blonde, black, brown, red, pink, or with neon highlights, Lisa is able to pull off any hair color effortlessly and make it her own.

When it comes to fashion, Lisa has versatility and an innate sense of style that come out in whatever type of clothes she’s wearing. Whether it’s feminine, cute, edgy, or hip hop street style, Lisa wears the clothes, and not the other way around. She is able to bring her own flair and chic personality, and she has all the makings of being one of the next biggest style trendsetters in K-pop. 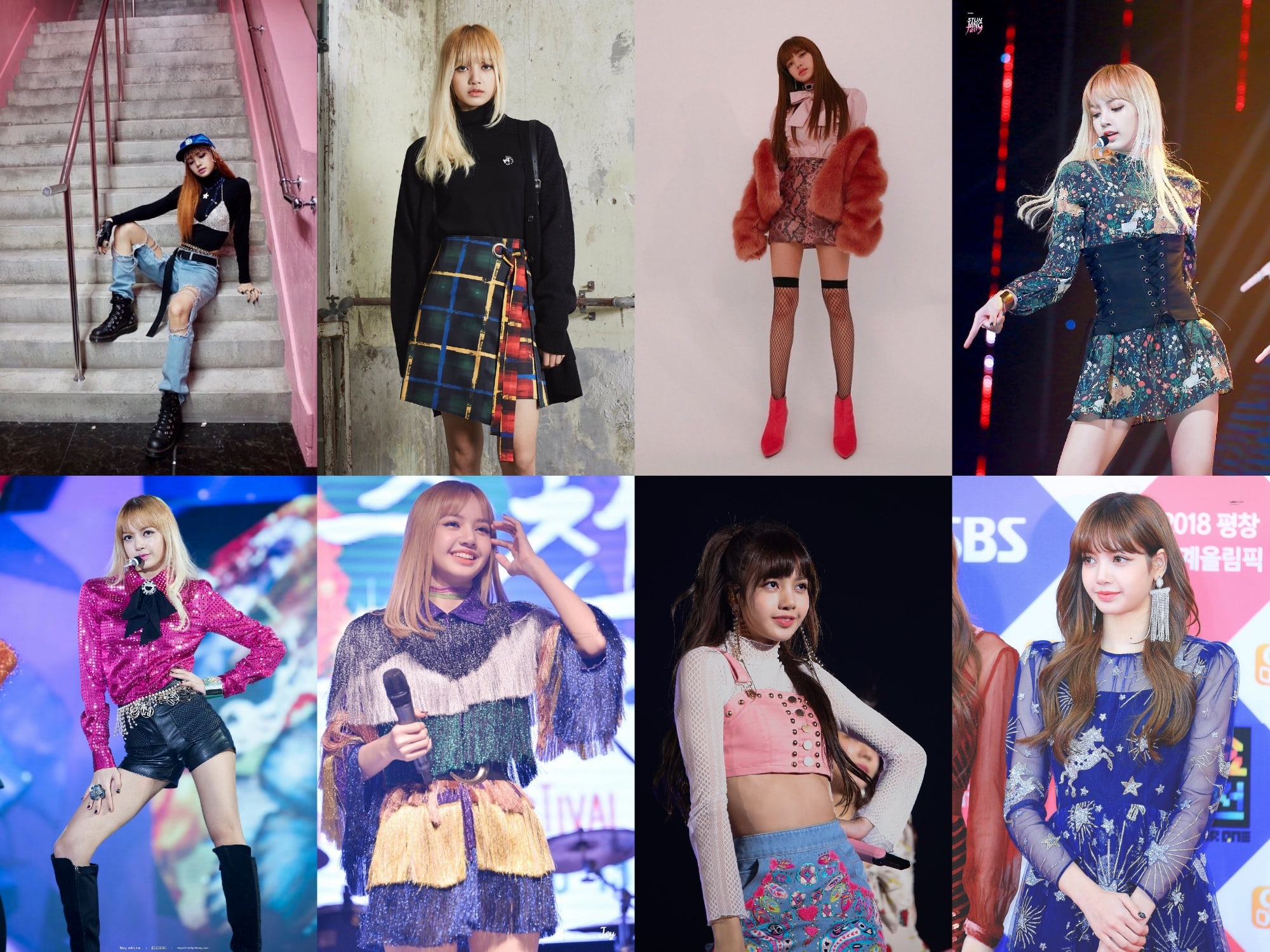 She shows so many different facial expressions.

Lisa is often the one in charge of showing off her “special talents” in variety shows with her funny expressions and impressions, showing that she’s not afraid to look weird or make fun of herself in front of the camera. 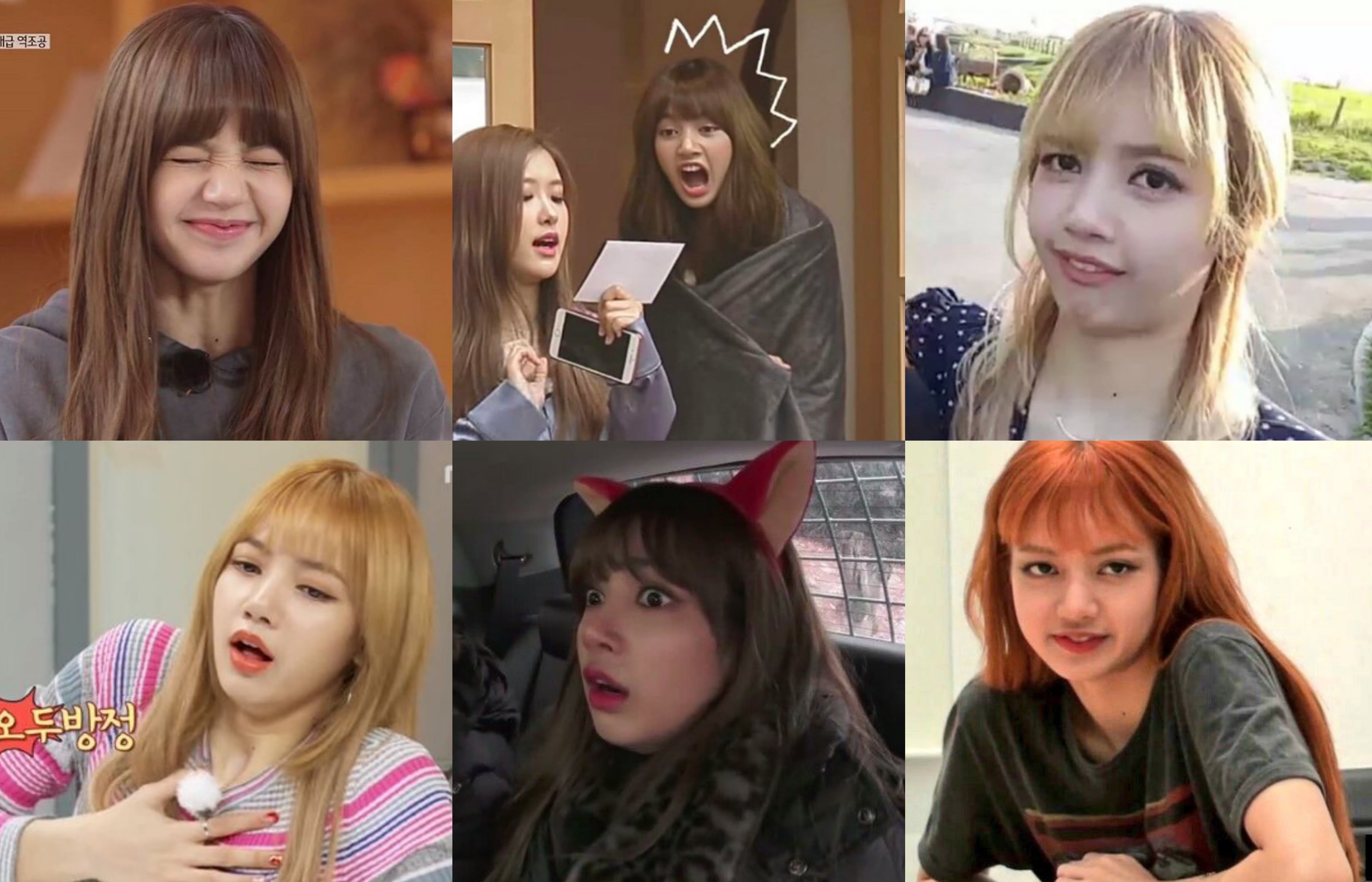 She loves all of her members

Lisa had nothing but praise for her bandmates during her first solo magazine cover interview for Nylon Japan.

“Jisoo is always happy and full of energy. I also always get a lot of happiness from her. She’s the oldest and she leads us well so I really respect her a lot too.”

“Jennie, I like how she’s different off and on stage! When she performs, she turns sexy and instantly becomes everyone’s girl crush but when she’s off stage, she turns into a lovable and funny person.”

“Rosé always does the work perfectly from the start until the end. I really respect her a lot for it.”

…And she trolls them at the same time.

When the girls made a guest appearance in SBS PowerFM’s “Lee Guk Joo’s Young Street,” all of them chose Lisa as the most playful member. 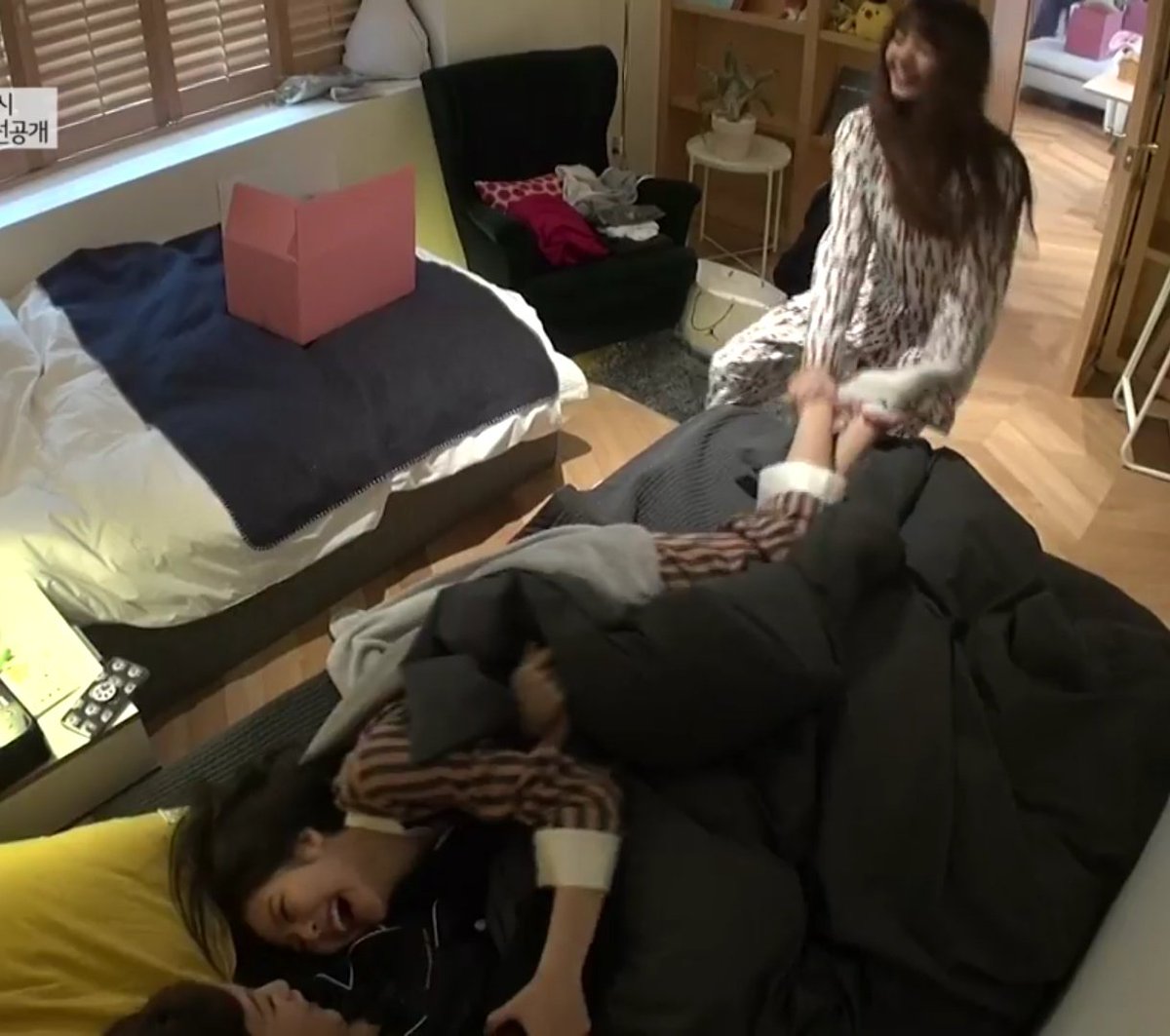 That time when Lisa dragged Jennie out of her bed drew a lot of laughs in the girls’ reality TV show, “BLACKPINK House.”

Jisoo explained, “She likes to lean on me, spin me around, and plays with me like a toy.” Lisa commented, “Her reactions are fun and I think she likes being attacked.”

She can be both fierce and cute.

Jisoo said in an interview, “Lisa is so charismatic on the stage, but she’s actually like a little brother, not even a little sister, when not on the stage. She is so mischievous and cute like a little child.” Jennie, on the other hand, is vocal about her admiration for Lisa’s beauty and shared in an interview, “Lisa has large eyes and her features are very distinct like a Barbie. You can see her clearly even from afar.” 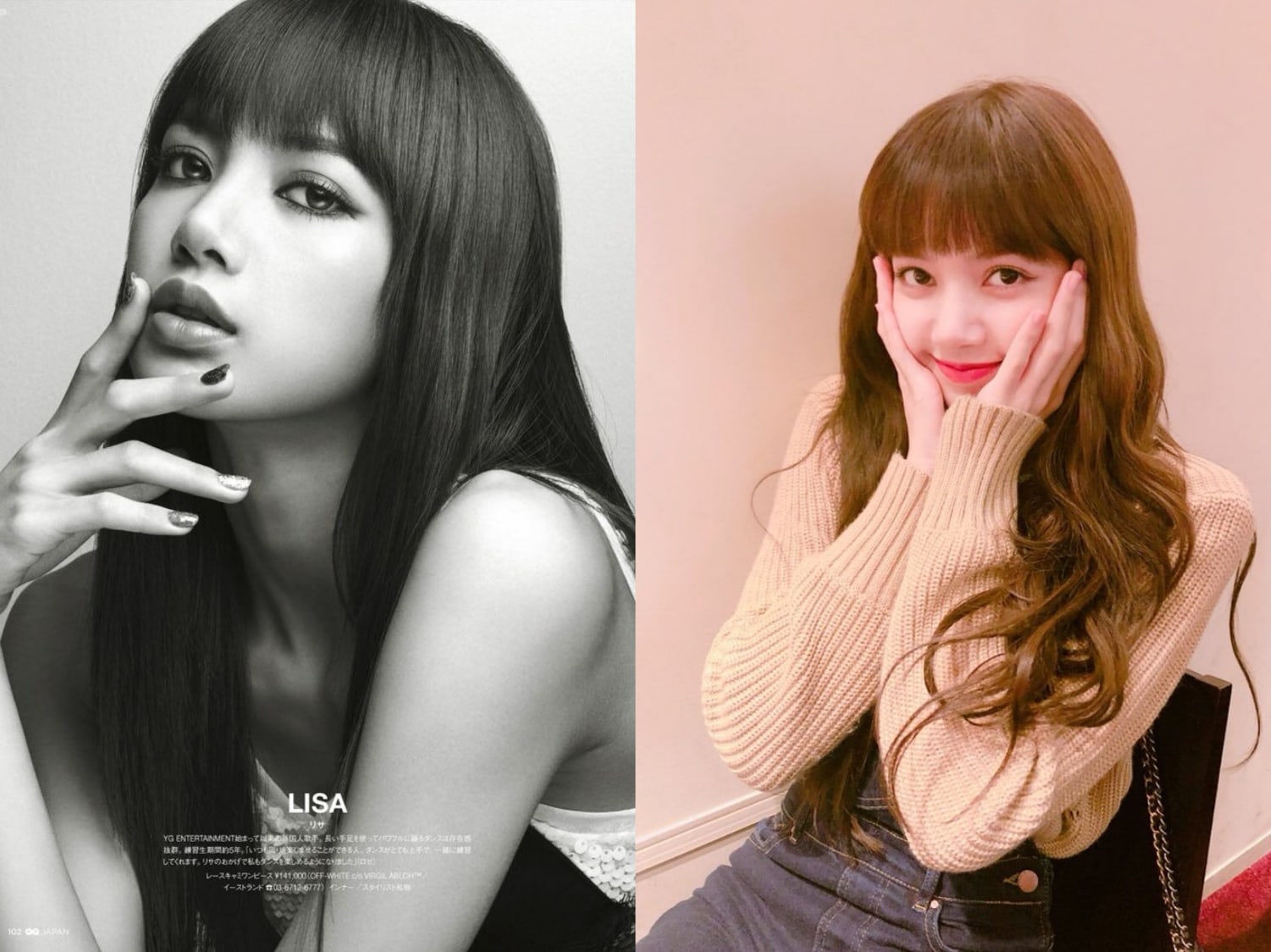 “Usually I am very shy, but when I get on stage I try to show a lot of charisma. I think that part of me is the color I carry.” – Lisa

She is always proud of her home country and never forgets where she came from.

In all her triumphs and good times, she always mentions and thanks her family in Thailand whom she says she owes so much gratitude. At the Golden Disk Awards where they won “Best New Artist,” Lisa was seen tearing up when she thanked her parents, showing how she misses them terribly. She also makes it a point to introduce her own culture and show the members her favorite places and food in Thailand whenever they visit. In a radio interview, Lisa said that she dreams of opening a Thai restaurant to introduce delicious Thai rice noodles to Korea. She also shared that she’s close with the other Thai K-pop artists. “I’m close with BamBam, Sorn, and Nichkhun, as we are all promoting in Korea,” she said. Thai fans fondly call her “Thai princess,” and she is receiving lots of love back home. 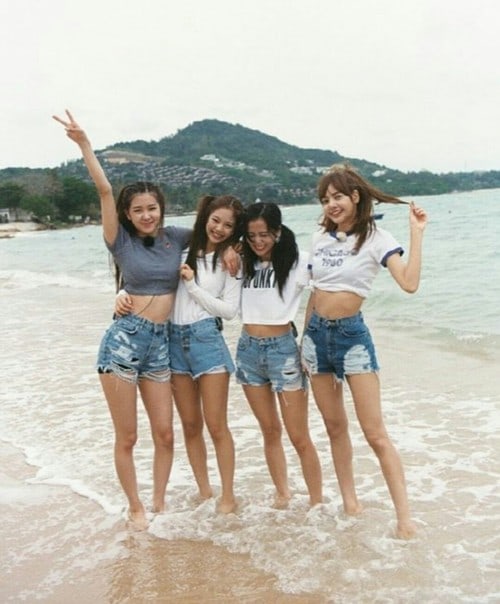 Lisa has definitely come a long way from her debut days, and we’re hoping that she will continue to soar high.

Hey Soompiers! What do you like about BLACKPINK’s Lisa? Let us know in the comments below!

DianneP_Kim is an English magazine and online writer and former stylist based in South Korea. Follow her Korean adventures at instagram.com/dianne_panda.