Kim Eui Sung and Jung Man Sik, whom Lee Sun Bin appears alongside in the upcoming film “Rampant,” testified that her fear is very real, and that she actually starts shaking.

“Being in front of cameras and filming is fine,” said Lee Sun Bin, “but it gets really bad for photo walls. [Kim Eui Sung and Jung Man Sik] saw me during a movie premiere and the press conference [for ‘Rampant’], and I actually started dozing because I had taken two cheongshimhwan (medicine that calms nerves).”

The MCs said they never would have guessed, but Lee Sun Bin said, “I just get so nervous, and I feel like I should be running away.”

When Kim Eui Sung joked and asked if it’s because she broke up with someone she stood at the photo wall with, Lee Sun Bin just playfully glared and shook her finger. 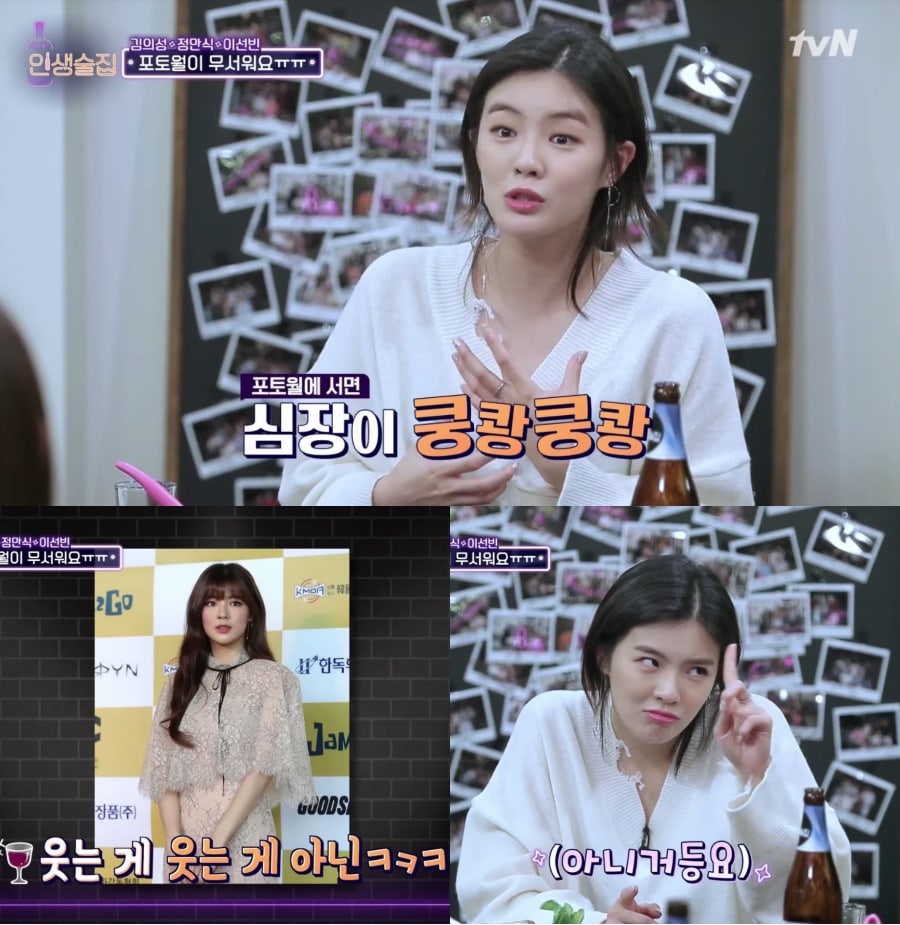