One could probably do anything if you had someone like Block B’s P.O by their side!

During last week’s broadcast, all three of them attempted to ride various rides, despite their fears. Hong Jin Young especially was frightened, exclaiming to Kim Shin Young, “Isn’t it because of you we’re in this mess!?”

The trot singer is faced with overcoming her fear yet again, as she rides a roller coaster in the upcoming episode. As shown in a revealed still, P.O tries his best to reassure Hong Jin Young, as he “protects” her and says, “I’m holding onto you. It’s okay!”

While he was reportedly frightened himself as the roller coaster reaches its peak, he makes hearts flutter as he does his best to make Hong Jin Young feel safe as her “personal seatbelt.”

In other stills, Kim Shin Young bravely attempts to ride the same roller coaster alone, and P.O is adorable fascinated by a giraffe. P.O and Kim Shin Young once again transform into “seatbelts” for Hong Jin Young on the Viking ride as well. 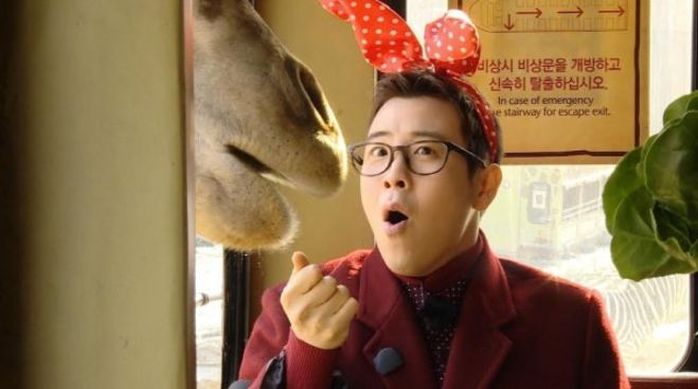 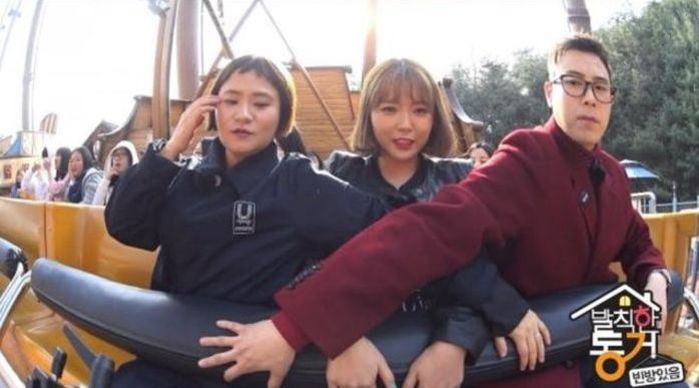 “Insolent Housemates” is a relatively new variety show that first hit the airwaves as a pilot program back in January. It airs every Friday, so stay tuned to see P.O’s sweet actions for yourself!