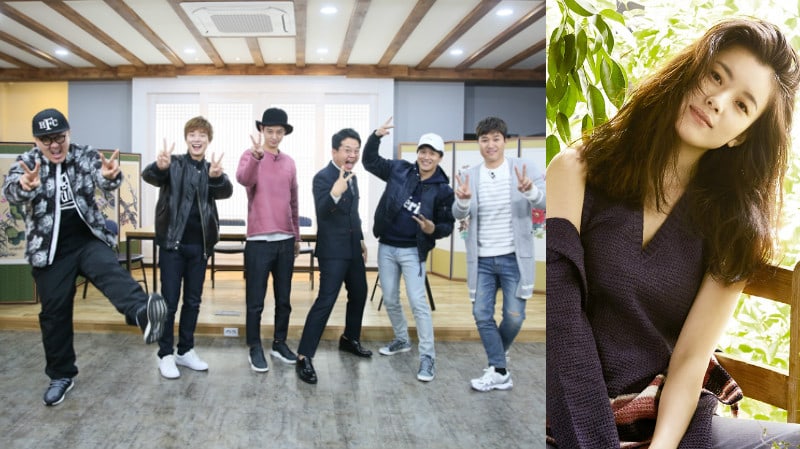 The cast of “2 Days & 1 Night” recently contacted actress Han Hyo Joo to celebrate the anniversary of her being on the show.

The April 30 broadcast of “2 Days & 1 Night” had the members traveling to Cheongsangdo Island. While passing by a field of canola flowers, the members were reminded of when they met Han Hyo Jo, as she had joined them a year ago to visit a similar field. As if by fate, the field that the members were passing had been the filming location of the drama “Spring Waltz,” and there was a cut-out figure of Han Hyo Joo right there. 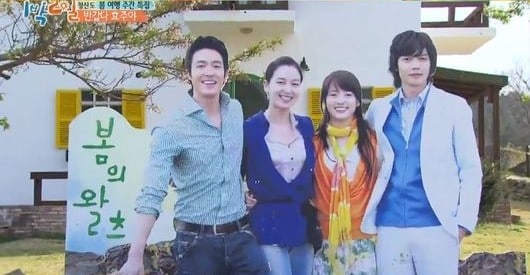 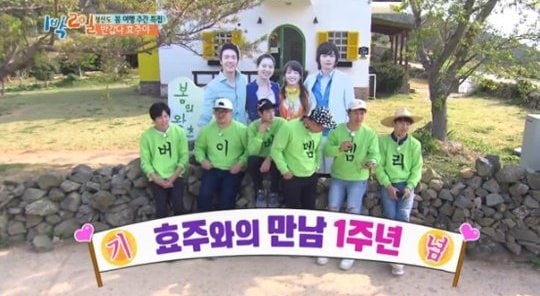 The cast decided to all take a selfie with the figure and send it to Han Hyo Joo, betting to see who would get a response first. They even called her to reminisce, and she said, “It’s already been a year since I appeared as a guest? I miss you guys.” She concluded the conversation with a promise to appear on the show again, saying, “Please call me back on the show.” 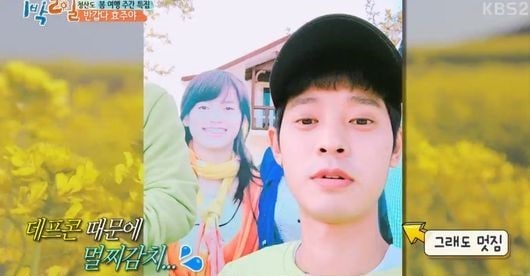 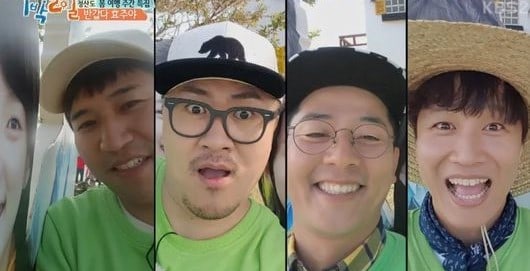 To find out who won the bet and to see the members enjoying their time together, check out the latest episode of “2 Days & 1 Night”!