The most recent episode of “The Return of Superman” featured a very special meeting between two of the show’s beloved kids.

On the episode that aired on May 21, Seungjae and his father Go Ji Yong visited Rohee and her father Ki Tae Young for a play date. Their fathers arranged the meeting as Seungjae has wanted a younger sister, and Rohee said she wanted to meet Seungjae. This meet up especially drew attention as Go Ji Yong is from SECHSKIES, while Rohee’s mother Eugene is a member of S.E.S, making both Rohee and Seungjae the kids of first-generation idol group members.

To celebrate the occasion, Eugene prepared SECHSKIES and S.E.S. style outfits for the kids to wear. As they listened to past songs of the idol groups, Rohee surprisingly reacted more to SECHSKIES while Seungjae reacted more to S.E.S.

During their time together, Seungjae spilled on his clothes and had to borrow Rohee’s dress to wear. He adorably asked Rohee, “Do I look pretty?”. He showed his cool side, as well, when Rohee asked Seungjae if she could try his ice cream, and he responded, “You have your own.” 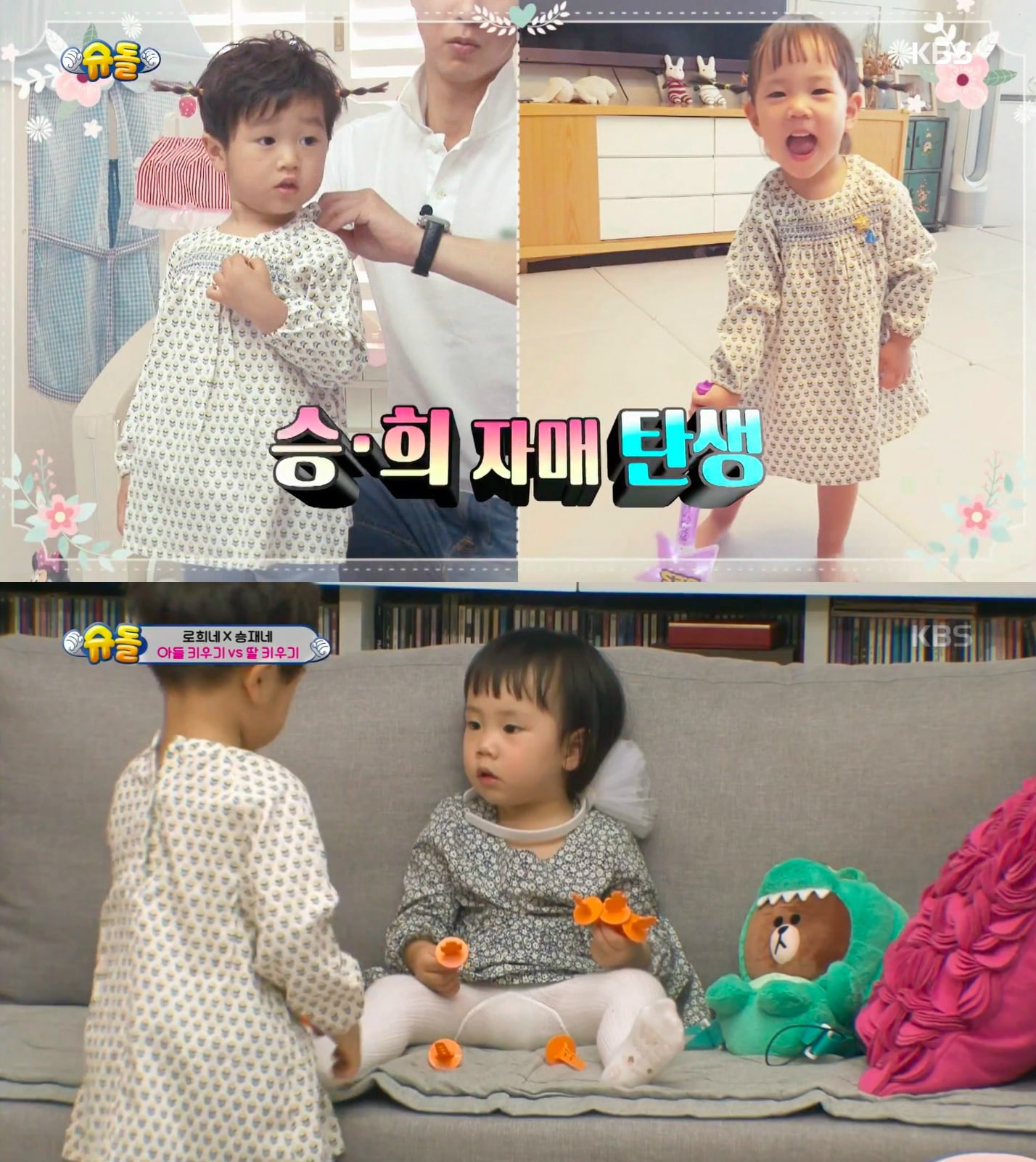 The fathers also connected as Go Ji Yong and Ki Tae Young talked about the possibility of having more children. Go Ji Yong revealed, “I’m thinking about it, but I hope if we have a second child, it will be a daughter.” Ki Tae Young shared that he is curious about what it would be like to have a son.