The year 2001 was the year Taiwanese idol dramas became an official genre in Taiwanese broadcasting. Since then, we have been treated to wonderful dramas one after the other. These dramas are usually ‘lighter’ than Korean dramas, so if you’re looking for something that’s easily digestible or you just want a trip down memory lane, here are some of the best dramas from each year.

Warning: Taiwanese dramas are sometimes rather cringe-worthy, especially the older ones. But I promise they’re all worth the watch. 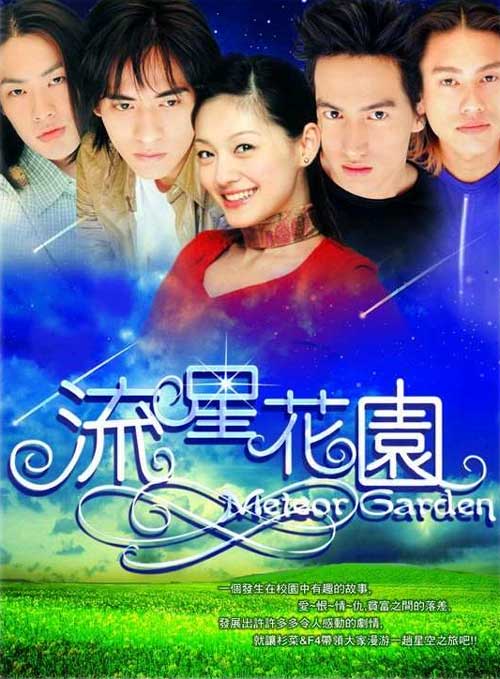 Four rich, handsome, but arrogant boys are shown the error of their ways by a plucky and gutsy girl, Shancai (Barbie Hsu). The leader of F4, Dao Ming Si (Jerry Yan), oddly finds himself wanting to protect Shancai when she gets herself in trouble, not realizing that she already has a place in his heart.

This drama is considered the first Taiwanese idol drama. It was adapted from the Japanese manga “Boys Over Flowers” and was followed by both a Japanese and a Korean version. In fact, it was so well-received that the Taiwanese version will be rebooted in 2018. At the time of airing, the love for the actors was so strong that the four male leads and co-leads even went on to continue promoting as F4, releasing three studio albums and making all the teenage girls swoon. 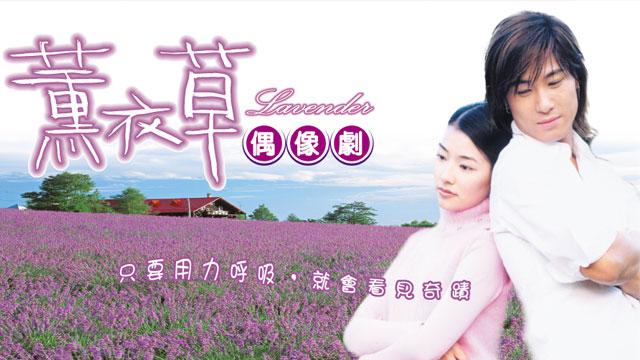 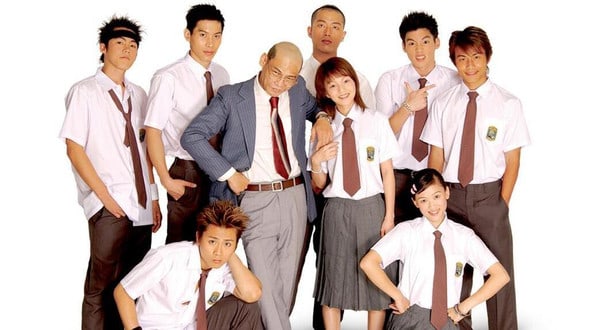 While on the way to the National High School Basketball Championship, Duan Chen Feng has an accident that causes his rival’s sister to become paralyzed. Overcome by guilt, he quits school and basketball so he can take care of her, leaving his own girlfriend feeling heartbroken and lonely.

This is the first drama of its kind to have basketball as its theme. The lead actor, Johnny Yen, played basketball for Taiwan’s national team, allowing the basketball scenes to be much more realistic. This was also Angela Zhang‘s first leading role, and she continued to star in many well-received dramas since then. The effect of the drama was so great that that even boy band 5566, who had roles in the drama and were also involved with the OST (which also included songs from Shinhwa, Fly to the Sky and BoA), became household names. 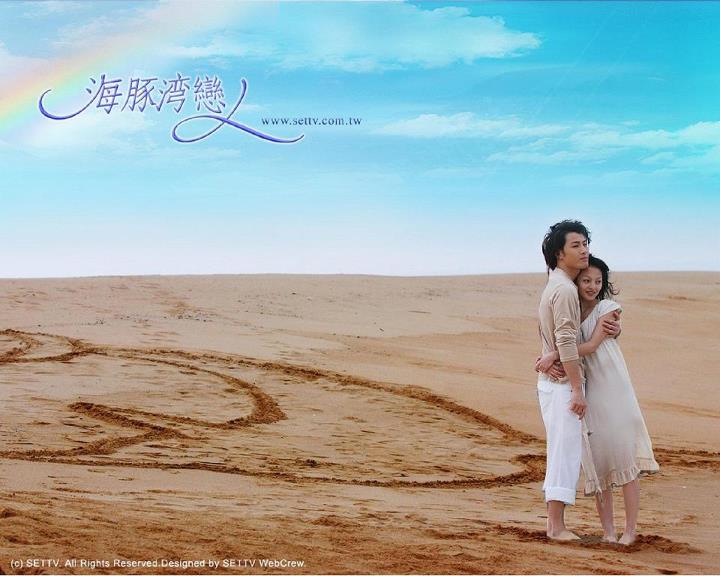 Xiao Ping Gai (Angela Zhang) was sent to an orphanage after she lost her mother. There, she met Xu Ze Ya (Ambrose Hsu), a boy who often looked out for her. When Xu Ze Ya was going to be taken away, they made a promise to meet again. But years later, when Xu Ze Ya finally came back to the orphanage, Xiao Ping Gai was nowhere to be found.

This drama also stars Angela Zhang, as Xiao Ping Gai, and is one that put Wallace Huo on the map. It was No. 1 in ratings when it aired and is considered a classic by drama lovers. 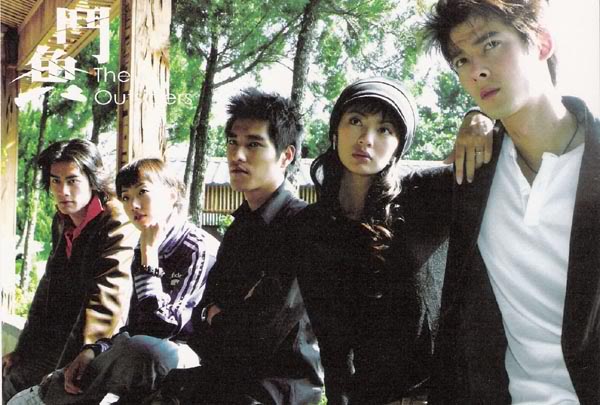 Three teenage boys join a triad to protect a girl, but things become messy when feelings for the girl get in the way of their brotherhood.

“The Outsiders” is a drama about triad gangs and is grittier than most entries here. The OST also features F.I.R with their song “Lydia,” which gained the group much fame and fans even though they had yet to debut. The drama stars Dylan Kuo, Ady An, and Blue Lan. 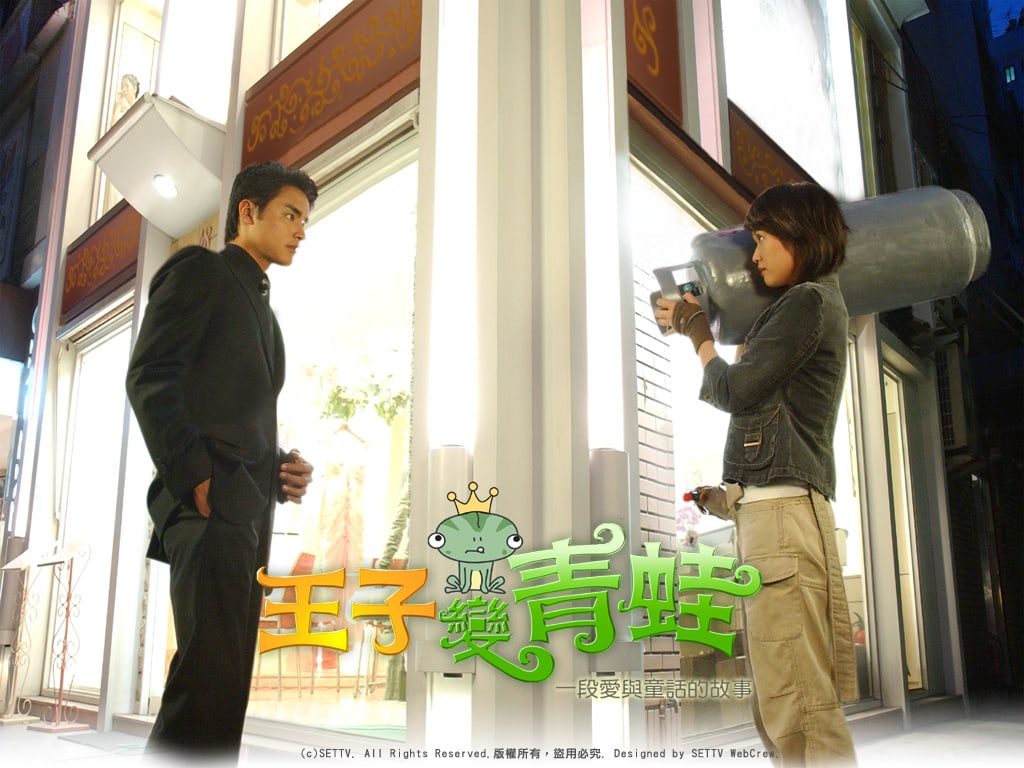 Shan Jun Hao (Ming Dao) gets hit by a car on the day of his wedding and gets amnesia. Ye Tian Yu (Joe Chen), who thinks she caused the accident, takes him back to her small village and looks after him. While there, he learns to be less arrogant and more considerate, but just when feelings develop between the two, he regains his memory.

Another drama that became an instant classic, “Prince Turns Into Frog” held the title for highest ratings of a single episode, breaking the record previously held by “Meteor Garden.”

2005 was a great year for Taiwanese idol dramas, because we were also treated to gems with vastly different themes, such as “Mr. Fighting,” “It Started With a Kiss,” “KO One,” and a personal favorite, “Devil Beside You.” 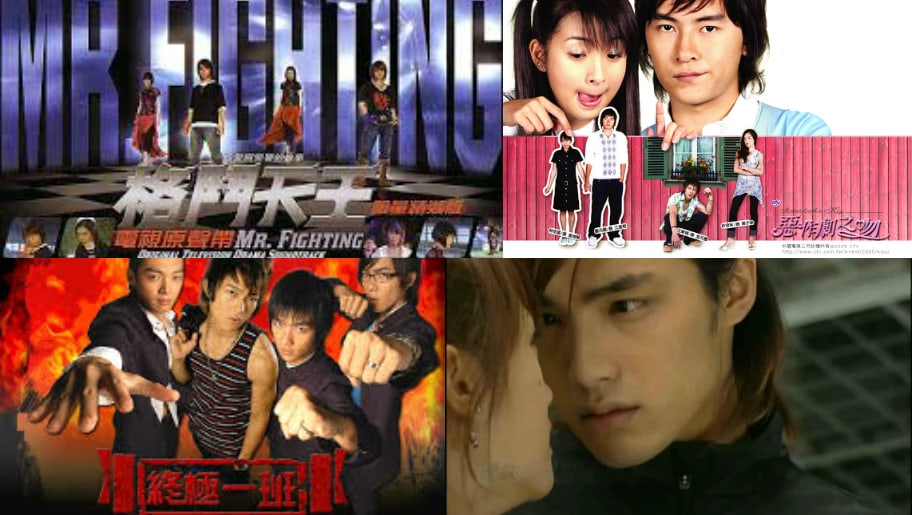 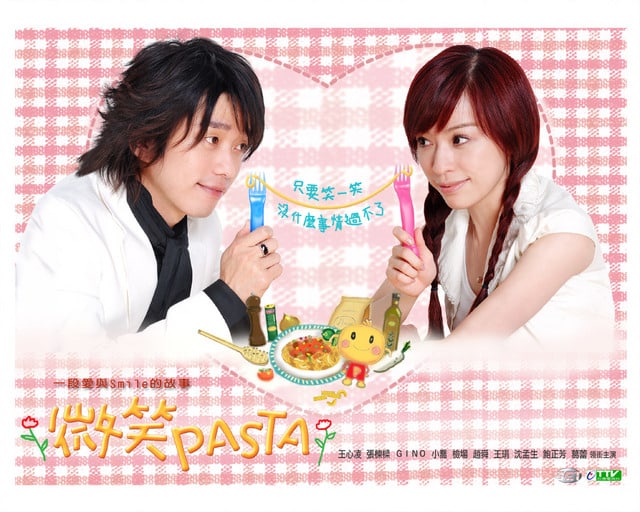 Singer He Qun (Nicholas Teo) accidentally collides with college student Cheng Xiao Shi (Cyndi Wang) while trying to avoid paparazzi. The collision causes their lips to meet (!), and the paparazzi catch the shot. One thing leads to another, where eventually, Xiao Shi is asked to act as He Qun’s fiancé.

When “Smiling Pasta” first debuted, it held the record for having the highest debut ratings of all idol dramas. This was lead actor Nicholas Teo’s first drama, also giving him the title of first Malaysian to film a Taiwanese drama.

Con-artist Xia Zhi Xing (Yoo Ha Na) and son of jewellery mogul Zhong Tian Qi (Jimmy Lin) meet coincidentally and develop feelings for each other. However, a misunderstanding arises, and Tian Qi’s brother, hoping to resolve it, decides to drive Xia Zhi Xing to meet Tian Qi. On the way there, they get in a car accident, causing the brother to die on the spot, while Zhi Xing is nowhere to be found. Tian Qi blames Zhi Xing for leaving his brother to die on the road, and his love for her quickly turns into hatred.

“My Lucky Star” stars Jimmy Lin and Korean actress Yoo Ha Na. While having starred in other genres before, this was the first idol drama for Jimmy Lin. The opening and ending theme songs were also performed by Korean-Taiwanese singer Bii.

Other must watch drama(s) from 2007: “Corner With Love,” “Why Why Love,” and personal favorite “Bull Fighting.” (Between you and me, teenage me LOVED Mike He). 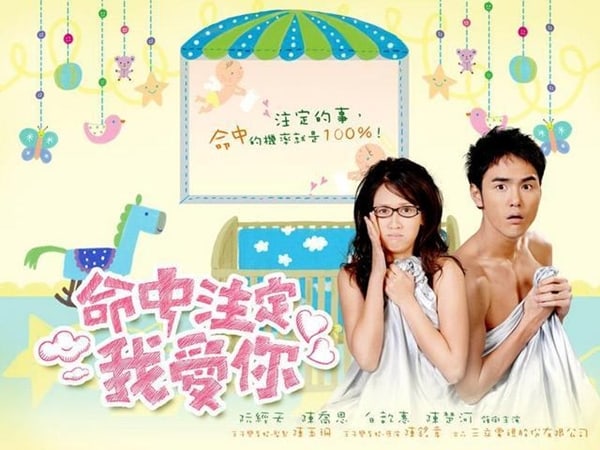 Chen Xi Yi (Joe Chen) is a ‘sticky-note girl,’ one who is useful but easily discarded. Ji Cun Xi (Ethan Juan) is the heir to a cleaning products empire. They both sign up for a cruise trip with their significant others, but are both dumped and stood up. They end up mistakenly sleeping together, and soon after find out Chen Xi Yi is pregnant. Cun Xi’s grandmother, ecstatic that she’s expecting a grandchild, forces them to get married. But Cun Xi, who is still in love with his girlfriend, secretly has divorce papers drafted.

This is another drama high on the list for drama lovers. It broke the record for highest ratings previously held by “Prince Turns Into Frog” and became the highest rated show of the time. As both shows starred Joe Chen, she was then cemented as the Queen of Ratings. The storyline was fresh, different, and quickly became a cultural phenomenon in Asia. It was later adapted into both a Korean and Thai version.

Watch “Fated to Love You”: 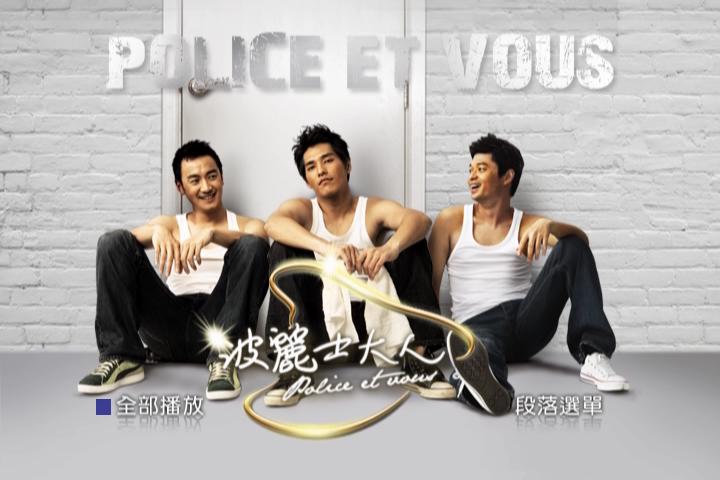 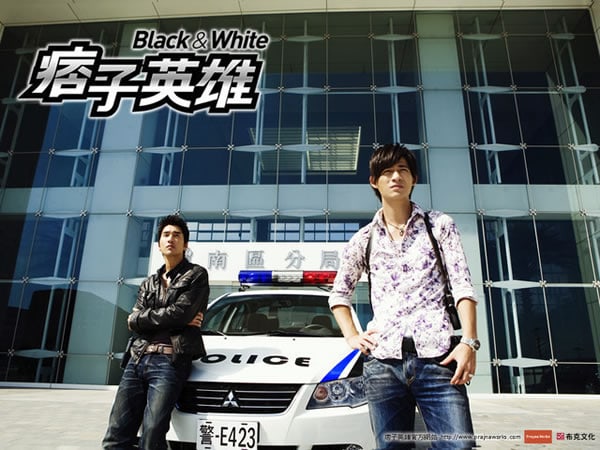 Two cops with vastly different personalities meet while solving a case. Despite their many differences and approaches, they make significant headway in solving crimes that go all the way up to the President, and as dangerous as the triad.

“Black and White” was nominated for 11 awards at the 44th Annual Golden Bell Awards, winning five of them, including Best Male Actor for Mark Chao. It is quite different from the other entries in this feature in the sense that it has more action and is more story-oriented rather than focusing on the love line. In fact, some would even consider this drama to be so well-acted and produced that it supersedes the definition of an ‘idol drama.’

Did you also grow up watching these dramas? Did you have a mad crush on Mike He as well? And what other gems did we miss from the era? Drop your comments below and let us know!

Belinda_C loves Mike He. and Shinhwa.