That Winter, the Wind Blows

One plot development (call it my “unhealthy” dramaland catnip, if you will) that often draws me to a drama—or, to only part of a drama, as I usually don’t need to watch it unfold till the ugly end—is when a couple realizes their relationship isn’t allowed because they somehow are (or believe themselves to be) related, and the OTP consequently falls into all sorts of despairing, yearning, resisting, succumbing, self-sacrificing behaviour.

Like another Guest Beanie’s catnip of choice, mine is related to my love of a truly tragic romance. Though I enjoy straightforward love stories that are lighthearted and uncomplicated, I also thoroughly relish when my heart ends up hurting in a tangible way for an OTP’s loss. And as far as plot devices go, short of death or lasting amnesia, I find that nothing works as quickly as (faux or real) incest does in lending a sense of impossible stakes, and of putting a couple to the ultimate test of temptation.

Legitimacy and ickiness aside, I should stress that I watch for all the ensuing anguish and heartache… maybe because life is too good to me, and I’m in it for much-needed catharsis. Or, maybe it’s because I’m an only child, and cannot really imagine how gross it would be to fall in love with a brother. Or, maybe I’m just a little twisted inside, and enjoy it when a couple’s pain convinces my own heart to reciprocate. At any rate, I tune in because when the relationship is so pointedly forbidden and taboo, it almost always makes a couple’s pull toward each other feel positively magnetic and more irresistible, their internal denial (and everyone else’s external resistance to the relationship) more upheaving, and their behaving against their better judgement more daring and final.

Naturally, there are shows that tease the viewer only very lightly, where the OTP are neither related by birth nor by marriage, such as That Winter, the Wind Blows, where the hero is a con man only pretending to be the blind heroine’s long-lost brother, but who eventually falls in love with her. The danger of being discovered was more related to the risk of the hero’s blowing his cover, so the resolution to the brother-sister tension was fairly simple once the truth of the deception was revealed. Simple and therefore not as catnippy. 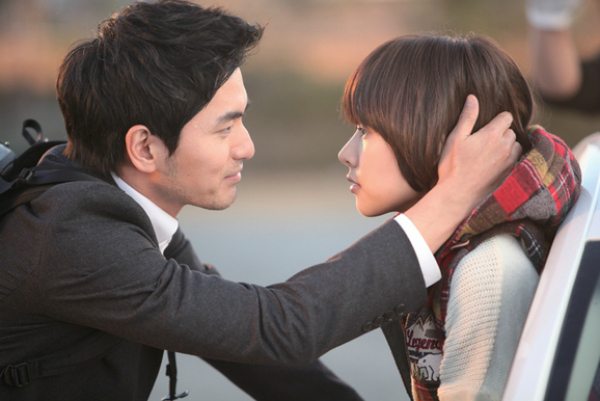 Up one level of heaviness would be a drama like Nine: Nine Time Travels, which for a brief moment became extra-catnippy for me when one of the incense sticks brought about a change in time from an earlier iteration, where the hero’s former lover becomes his niece in the present. All sorts of delicious angst came from the fact that the heroine had no memory of their previous romance, and was completely oblivious to the love her “uncle” harboured for her. The hero had to bear the knowledge of their past history all on his own, even at one point giving his “niece” relationship advice. This development felt less unsavory perhaps because the heroine had effectively caught amnesia, rendering the incestuous feelings one-sided. Nonetheless, the loneliness and unrequited love of the hero, and the very finality of the couple’s being true blood-relations, made it all hurt so good—however momentarily it lasted.

Dramaland wouldn’t be dramaland, however, if mutual, complicit “incest”—again, fake or imagined—wasn’t milked for maximum pain. When a relationship needs to be kept under wraps and a couple’s basic access to each other is restricted, every moment together counts, every glance becomes loaded with unspoken meaning, and every absence weighs more heavily. Having to keep things secret also wears away at the couple and necessitates greater emotional investment, with the overall effect of making it seem like the clandestine couple are experiencing deeper, more compelling emotions than, say, an out-in-the-open couple who cruises along breezily and faces little obstacle.

Even if the pair are related in name only—which appears to be as far as Korean dramas dare to go (unless I just haven’t come across the riskier ones)—and even if they could, technically, insist on pursuing their affair, there seems no way of avoiding the suffering caused by having to hide, deny themselves, defy their family and friends, face condemnation, et cetera… 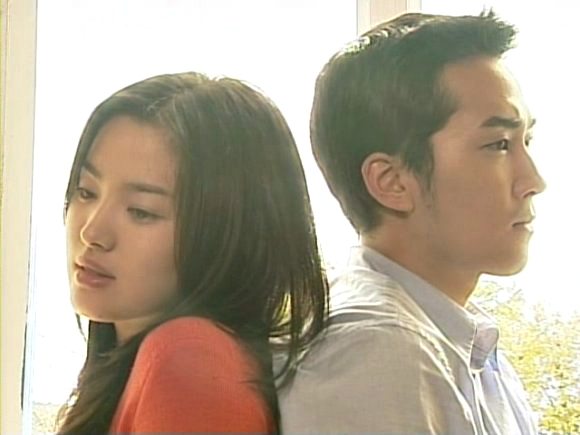 One of my very first Korean dramas was Autumn Fairy Tale, where the hero and his not-real-sister kept their love affair hidden to avoid betraying and hurting those around them. My then teenage and impressionable self was very taken by the intensity of the love portrayed, fraught with audible sighs and pining glances, which grew stronger precisely because of all the resistance it met with.

I totally bought into the fateful sense that the couple was so “meant to be,” that no amount of covering up could keep their relationship from being realized—sort of like trying to smother the radiance of a star with a blanket… No matter how you try, rays of light will escape! The groundwork had been laid since their childhood, where they had shared an unbeatable rapport, mutual respect, and innocent love (of the purest kind!). The catnippiest part was therefore watching them try as adults to deny their increasingly amorous feelings, and witnessing their futile attempts to return to the mode of simple caring they had exchanged as kids.

In classic melodramatic fashion, this pair eloped to escape the scrutiny and disapproval of their families, and then of course had to retrace their footsteps due to the heroine contracting a terminal disease. Needless to say, the investment I made to have my heart earnestly squeezed paid off hugely by the end of the show. 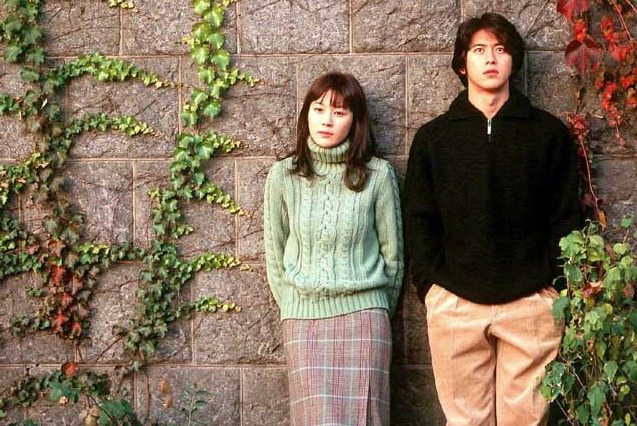 Piano was a similarly pseudo-incestuous, heart-wrenching drama that aired a few years after, and took yearning and forbearance to new levels in its depiction of a brother and his stepsister’s suppressed-since-childhood love. While Autumn Fairy Tale’s couple went into hiding together, Piano’s OTP withheld their feelings not only from the world at large, but even from each other, stifling them under layers and layers of disguise.

My heart truly ached for the years the hero and heroine spent bottling up their feelings, sometimes in denial, sometimes desperately wanting to give in to desire. Small caring gestures would be halted in mid-action, or conversely pursued with near-religious devotion—such as the hero’s nightly watch under the heroine’s window, as well as the heroine’s silent acquiescence of having him wait there nightly, yet never openly acknowledging his presence. Call me crazy, but I couldn’t turn away from the show despite becoming increasingly frustrated over the endless will-they-or-won’t-they premise, and wishing desperately for someone to grow some balls! Thus, for irrepressible love that’s undeclared and denied, over and over again, Piano is a self-torturing drama viewer’s must-watch.

Alas, for all the dramas above, I ended up rooting for the consummation of each couple’s unwholesome relationship… which, hopefully, I can chalk up to unhealthy dramaland catnip, rather than to shady morals.