On the July 23 broadcast of SBS’s “Running Man,” Song Ji Hyo was joined by her brother to celebrate the show’s seventh anniversary.

He added that Song Ji Hyo sometimes hits him and plays the same song for two hours straight when she is drunk. He finished off the roast by saying, “She basically becomes a dog when she’s drunk.” 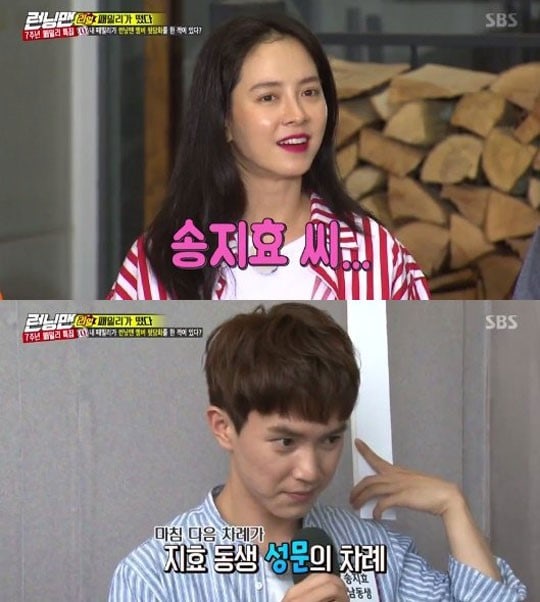 Additionally, Jun So Min’s brother hopped onto the family savagery train by saying, “Everyone talks so much in our family. When we get on an elevator, nobody presses which floor to go to because we’re all too busy talking.” He also shared that Jun So Min doesn’t even wash her face when going out.