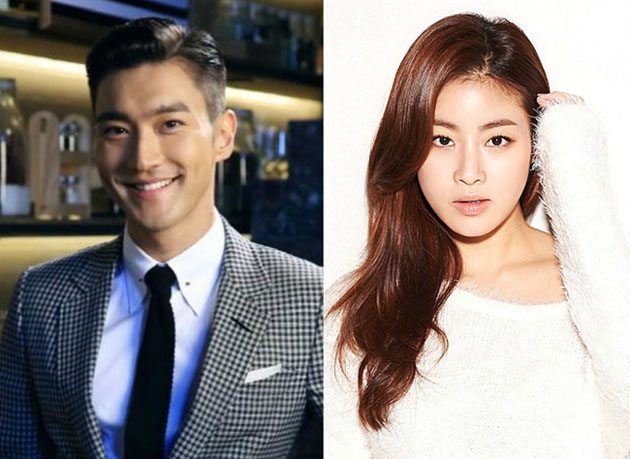 Aha! Finally, casting possibilities are being discussed for tvN’s upcoming Revolutionary Love, which teams up the director of Oh Hae-young Again and Introverted Boss, PD Song Hyun-wook, with the writer of Ms. Temper and Nam Jung-ki, Joo Hyun. And while everyone’s being very careful to say that no decisions have been made yet, I’m suddenly really excited now that Choi Siwon (She Was Pretty) and Kang So-ra (Neighborhood Lawyer Jo Deul-ho) are in the mix to play the leads.

Siwon’s management, SM Entertainment, did confirm that he’d received the offer, which is one of multiple possibilities he is entertaining as his comeback project (he’s been away for army duty for the past two years and will complete his service in August). Kang So-ra’s management, Plum Entertainment, made a similar statement about this being one of several potential projects under consideration.

As for plot: The drama centers around three main characters, one of whom gives us our punny title; his name is Byun-hyuk, which happens to also mean revolution(ary). (Just in case anybody was thinking of holding the drama to such an overstated promise!) Byun-hyuk is a third-generation chaebol “hidden” amongst normal folk living in small studio apartments in the suburbs, while the leading lady is (what else?) a “dirt spoon Candy” who works a bunch of part-time jobs and doesn’t let anything get her down. There’s also a “copper spoon” character who dreams of earning his place among the gold-spoon elites with hard work. The drama follows their friendships, loves, and youthful hopes.

So yes, these characters are pretty familiar, but I love these two actors and have faith that they can bring something extra to the screen than is on the page. Siwon played a hidden celebrity in She Was Pretty, and was the best thing about that drama for me; Kang So-ra hasn’t had a hit role since Misaeng, but if somebody had to play a Candy, I feel like I could put my trust in her to make that Candy’s hopes and dreams resonate.

Most of all, I’m hoping that this writer-director team-up will bring out the best of both, and give us a charming rom-com to look forward to later this year.