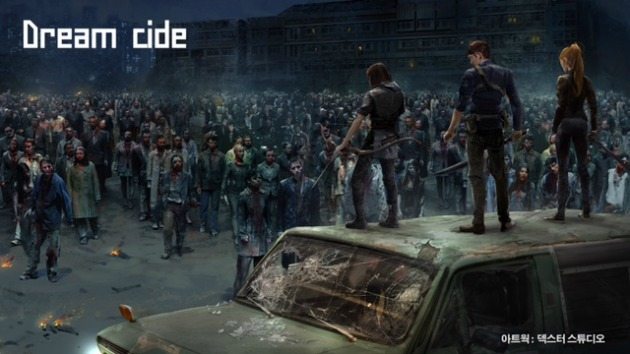 It may be a bit premature to be calling Dreamcide Hallyu’s next Descended From the Sun, but the upcoming drama certainly has a lot of tried-and-true elements going for it: zombies, time travel, and a scrappy high school student out to save the world. Add to the mix a popular film director signing on to produce, a talented small-screen director, and the country’s best visual effects studio, and it’s no wonder the project is beginning to generate quite the buzz.

Dreamcide is based on an eponymous webtoon written by Hong Jung-hoon, which itself was based on a popular web novel by the same writer. Through the manhwa and the novel, the story about a time-traveling high school student who discovers mankind’s imminent destruction at the hands of zombies grabbed the attention of over 1.4 million subscribers.

While tales of the undead may be all the rage (Signal writer Kim Eun-sook’s Joseon-era take, Kingdom, will be available on Netflix either late this year or early next year, and Train to Busan was a blockbuster hit), in this version, our boy hero is able to travel seven years ahead through his dreams. He’ll witness the proliferation of zombies, and he’ll use his unique ability to attempt to change the future.

Film director Kim Yong-hwa (Take Off, 200 Pound Beauty) has signed on to executive produce, while Kim Hong-sun (Voice, Pied Piper, Liar Game) will direct. Monster Union, the production company that spun off from KBS last year, is managing the project, and Dexter Studio will handle the visual effects. The various players seem to be taking the adaptation seriously, claiming that this project will be the first of its kind in Korean television—a cinematic drama with impressive zombie effects.

Writer Kwon Soon-gyu (Warrier Baek Dong-soo) will bring Dreamcide to the small screen. He also penned Jackpot, which, err… at least he isn’t being asked to come up with original (illogical) content for this project? Pre-production on Dreamcide will begin before the end of the year, shoots will begin in 2018, and the parties involved hope to release the drama in the latter half of next year.