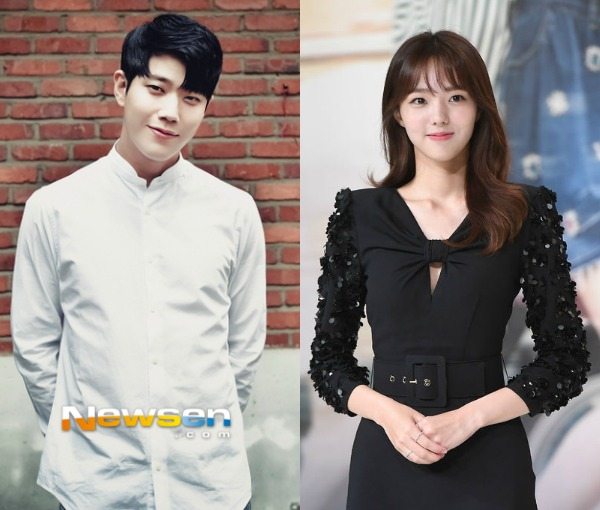 Oh, this would be a cute pairing. MBC’s I’m Not a Robot is on the search for its leads, and Dongha (Suspicious Partner) and Chae Soo-bin (Strongest Deliveryman) have received offers to star in the android rom-com. Chae Soo-bin’s already well on her way to becoming an established leading lady in dramaland, but I’m glad Dongha is getting a chance to become the hero after a series of memorable supporting roles.

The premise sounds cute and a little wacky, which is just how I like my rom-coms: I’m Not a Robot will feature a man who has never been in a relationship out of necessity, arising from his allergy to humans. He will meet a female android and fall in love with her. It’s a simple synopsis, but I have so many questions regarding everything about this world that I’m looking forward to watching this. Like, will this be set in the future, or in an alternate present universe where androids are the norm? Are these androids capable of emotion, and what strata of society do they occupy? This show hasn’t even started yet, and it’s already bringing out the sci-fi geek in me.

The reports haven’t specified which roles Dongha and Chae Soo-bin have been offered, but they’re called the “female and male lead roles,” so chances are high that she’s up to play the android and he’s being considered for the male lead who falls in love with her. Chae Soo-bin’s been working pretty much nonstop, and if she signs on for I’m Not a Robot, the show will mark her fourth television project this year, though If We Were a Season is a shorter drama special. Dongha has been having a pretty good year himself, with great performances as a reformed chaebol brat in Chief Kim and as a villain in Suspicious Partner. I remember really enjoying his roles in Three Days and Feel-Good Day as well, so I hope he gets to level up to leading man status with I’m Not a Robot.

MBC’s I’m Not a Robot was originally slated to follow Hospital Ship in November, but since PD Jung Dae-yoon is a member of the labor union that will go on strike starting next week, the show will most likely get pushed back.