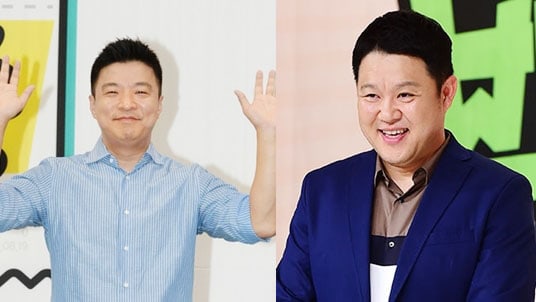 Earlier, reports stated the “Radio Star” was under fire for portraying Kim Saeng Min, who is known for his economical and diligent lifestyle, as a miser whose only aim is to accumulate wealth.

On August 31, a representative from “Radio Star” stated, “We sincerely apologize to those who felt discomfort after watching the August 30 broadcast [of ‘Radio Star’].”

The representative also stated that they would bring Kim Saeng Min back as a guest on the show as soon as possible with better content to make up for their disrespectful portrayal of him.

Kim Gura’s agency also stated, “Although that was not the intention at all, we respectfully apologize to any viewers who felt uncomfortable while watching.”

The agency continued, “Kim Gura spoke on the phone with Kim Saeng Min and apologized directly to him. They are all actually close and the atmosphere before filming was very good. So they spoke comfortably and it was fine at the time but came across in a way that was uncomfortable for viewers. We apologize once again.”