Girls’ Generation recently broke the hearts of SONEs after announcing that 3 of the members would no longer be renewing their contracts with Girls’ Generation or SM Entertainment. Now, fans are reacting just as we expected but things are becoming scarier after some fans showed a more violent reaction towards the unbearable news. 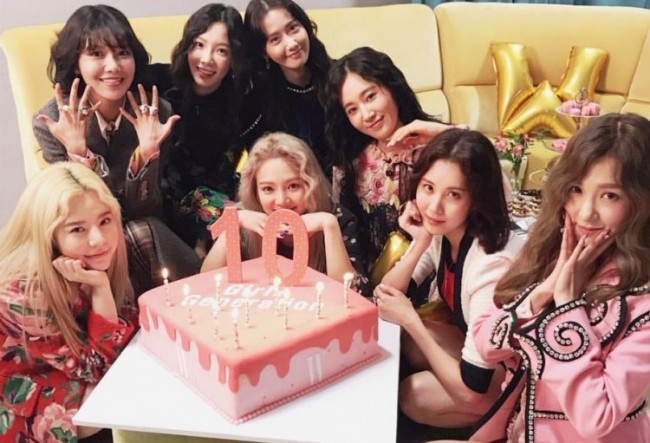 On October 9th members Tiffany, Sooyoung and Seohyun had revealed that they would no longer be signing under SM Entertainment in order to practice and focus on their acting careers, with member Tiffany heading to the states to further study. However, the news about their possible disbandment became even more of a hot topic among fans.

SM Entertainment responded to fans saying, “Girls’ Generation is precious to both the company and fans. The future promotions of the remaining 5 members must be discussed before going further.” However, the answer wasn’t enough for fans as they started becoming enraged and fellow SONES began sharing screenshots of the angry chatroom conversations saying things such as “I still can’t believe this,” and “I am really angry at all of them.”

Fans were even disturbed to see images of ripped albums, photo cards and more thrown into a pile.

However, other SONES quickly defused the situation saying, “These aren’t real fans,” “People should accept the inevitable,” and “The girls had to move on eventually…” What do you think of SONE’s reactions towards the girls heart-breaking news.