As if BTS weren’t already cute enough, now the handsome boys have been turned into ‘LINE Friend’ characters – sorta! The boys of BTS were actually the influence behind the designs of a new set of characters.

The Naver Line Friends company recently collaborated with the boy group in order to create a new cool and stylish cast of friends.for fans to enjoy. The boys worked hard to incorporate their own looks and personalities into each individual character. The new characters have been titled the ‘BT21’ and they even released a video alongside BTS promoting them! Check out the fun of it all down below!

What do you think of the wonderful BTS creation? LINE officially left a press release for fans saying, “BTS, the first artist to join the ‘FRIENDS CREATORS’ Project, clearly embodies the key LINE FRIENDS’ philosophies – Global, Millennial and Trend. BTS is a modern storyteller who can share the story about the development of its characters and how they reflect each member’s characteristics… LINE FRIENDS will continue to put its full efforts into collaborating with leading global artists to create new IP and content that will be loved by existing fans and even the younger generation in their teens and 20s.” They also included the official photo of the new characters alongside their backstory which you can read down below! 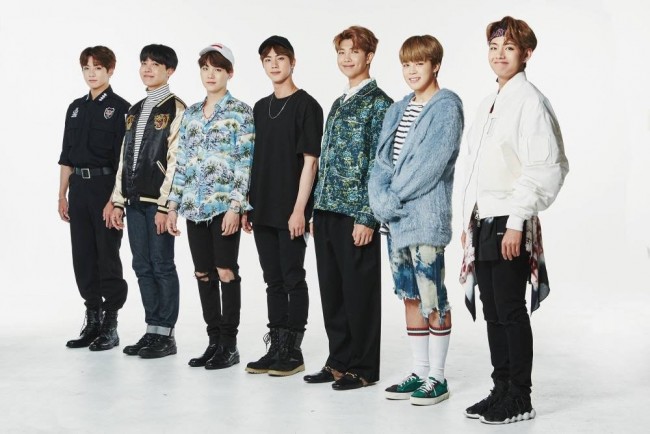 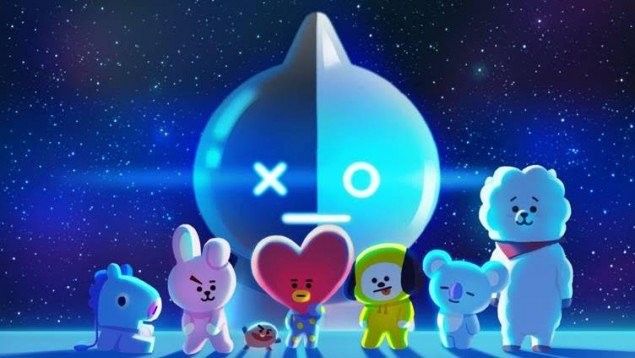 “TATA, who was always curious about everything outside of his universe, decided to become a superstar on Earth after accidentally landing there during his travels. He soon begins his journey with members RJ, CHIMMY, COOKY, MANG, SHOOKY, and KOYA to become BT21, becoming a global superstar. And this is how BT21 begins.” When are they available so we can buy them all ASAP!?