SBS’s “While You Were Sleeping” has released stills of Suzy and Lee Jong Suk dressed up in bright vacation outfits.

The drama tells the story of Hong Joo (played by Suzy) who can predict unfortunate events through her dreams and Jae Chan (Lee Jong Suk), a prosecutor struggling to stop what she sees in her dreams from coming true.

Hong Joo and Jae Chan recently realized that they had already met each other 13 years ago. Hong Joo had pretended that she didn’t know Jae Chan due to her guilt. In the past, she had not tried to save Jae Chan and a runaway soldier who had killed her father at a reservoir. This knowledge did not stop Jae Chan from comforting her and kissing her romantically in the rain.

In the released stills, Jae Chan and Hong Joo are smiling at each other, both dressed up as if they’re going on a vacation. Until now, the two were usually seen wearing suits due to their positions as a prosecutor and a journalist. The new pictures, however, show Jae Chan wearing sunglasses with his usual suit while Hong Joo has put on polka dot summer dress and a beach hat. She is even carrying a picnic blanket, hinting at the two’s day out. 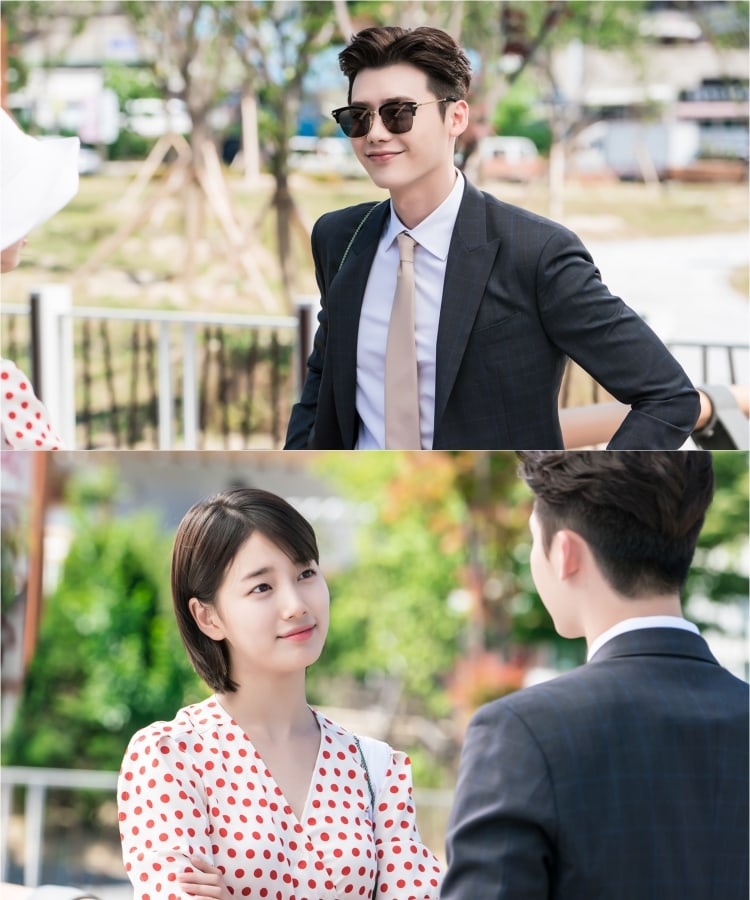 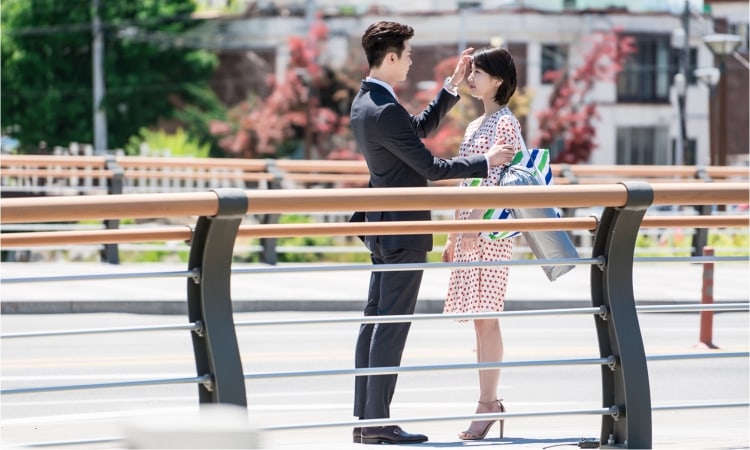 The production staff of “While You Were Sleeping” shared, “The preview revealed that Hong Joo and Woo Tak dream about Jae Chan giving up his job as a prosecutor and that Jae Chan and Yoo Beom go against each other in high tension.” They added that the upcoming episode will reveal why Jae Chan and Hong Joo dress up for a vacation under such circumstances.

“While You Were Sleeping” airs every Wednesday and Thursday at 10:00 p.m. KST.

Begin watching the drama below!