Balladeer, actor, host, and overall entertainer Lee Seung Gi left to serve his mandatory military service on February 1, 2016, leaving behind fans worldwide who have waited faithfully for his return to civilian (and celebrity) life. Safe to say, most of us have been yearning for our puppy since he left. After a 21-month long wait while he served his country, he has finally returned.

Thankfully, we’ve had news while Lee Seung Gi has been away. As part of the special forces, he learned to push himself, developed a love of exercise, and kept his goals for his civilian life in mind. Although the entertainer has said that he’s nervous to return to civilian life after acclimating to the service, we will welcome him with open arms and wait for him. After all, he was picked as the most awaited celeb in the army. Don’t worry, puppy fans. He returns even stronger and determined than ever!

To celebrate his return, let’s dive into all the amazing things Lee Seung Gi has given us.

Before he was the Hallyu star that we know and love today, he was a young talent scouted at the age of 17 who put out his first album in 2004. “Because You’re My Girl” wormed its way into fans’ hearts, most especially the noonas‘.

Lee Seung Gi’s live performance of “Because You’re My Girl” stealing hearts even in his rookie year!

From 2004 to 2015, he released over 10 albums and mini-albums, OST tracks, and appeared on a variety of music shows. His strong, husky voice and ability to emote over long musical lines was present from the start and he only grew more beautifully seasoned with experience. One of the most fitting tracks for Lee Seung Gi’s return to civilian life is (you probably guessed it), “Return,” a song from 2012 about remembering a love that once was and that now lingers in memory.

Luckily for us, we no longer have to merely remember him as he returns with plans to jump back into his many activities.

Like many teenaged idols, Lee Seung Gi tried his hand at acting early on with “Nonstop 5.” To this day, appearing in sitcoms, dramas, and web dramas is a dependable way for these young talents to catch our attention. And Lee Seung Gi caught our attention. In fact, he did much more than that when he landed the leading role in “Shining Inheritance” as a rude, but deeply hurt, young man who falls in love with a woman who stumbles into his life. That drama hit 40 percent in ratings, which is very impressive!

Since then, our puppy has headlined a number of dramas including “My Girlfriend Is a Gumiho,” “The King 2 Hearts,” “Gu Family Book,” and “You’re All Surrounded.” In these, he has had the opportunity to explore many characters and prove his versatility in acting. He’s dated a gumiho, been a gumiho, kicked butt as a cop, been arrogant as a prince, and is eyeing more challenges in the future. Most likely he’ll be joining another Hong Sisters drama with Cha Seung Won called “Hwayugi” that will be airing in December. So if you haven’t seen all of his past dramas, get watching, because that’s the best way to get excited for a come back! And, you know, watching is good research into acting and dimples. Two very, very adorable dimples.

Watch “The King 2 Hearts” on Rakuten Viki for free! 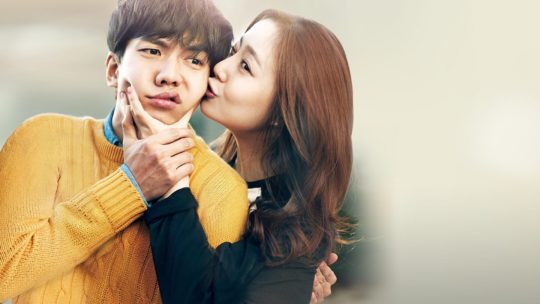 Lee Seung Gi hasn’t done many films…yet. “Love Forecast” had a 2015 release and was a film I watched when I was keenly feeling his absence. He’s as charming as ever alongside his co-star Moon Chae Won. I’m sure he’ll bring the same verve in his next film, which he shot just before he left for his service, called “Marital Harmony,” said to come out sometime this year.

Last, but certainly not least, Lee Seung Gi has carved himself a forever home in the world of variety as both a host and entertainer, where is his known for his goofy grin, goofier personality, and his ability to fit in anywhere. He was on “2 Days & 1 Night” from 2007 to 2012 and hosted “Strong Heart” from 2009 to 2012. His departure from both was understood, but still broke many hearts. PD Na Young Suk hopes that Lee Seung Gi will re-join the travel variety program “New Journey to the West,” but the already quite booked triple threat entertainer hasn’t yet confirmed whether or not he will take on another project. With all of the love calls he’s been receiving, who can blame him for carefully deciding how to plan his career?

Writing this post has made me so excited to see him back in the swing of things. There have may have been a cheer or two to be heard whilst I typed this article. So say it with me, Soompiers: Lee Seung Gi is back. YES.

Raine0211 is a lover of all things Korean, especially K-pop, K-drama, and Korean food. When she’s not writing for Soompi, she’s playing the cello and singing. She happily indulges in all kinds of K-pop, but her biases are SHINee, Infinite, and VIXX. She lives in Seoul with her roommate who also love K-pop and K-drama.