This feels so epic, and my attempts to tamp down my expectations for this show are failing miserably. To follow up on the character teasers that came out for Joo Jin-mo (Woman With a Suitcase) and Ji-soo (Strong Woman Do Bong-soon), upcoming OCN crime thriller Bad Guys: City of Evil has released three new ones for the rest of the motley crew that’ll be the central focus of the show. And instead of ex-cons, we’ve got two prosecutors and the most unfit detective I’ve ever seen, in Park Joong-hoon (My Dear Desperado), Kim Mu-yeol (My Beautiful Bride), and Yang Ik-joon (Mystery Queen).

First, we have genius prosecutor Kim Mu-yeol, who we see at his desk, in the midst of making some kind of decision with a USB in hand. Park Joon-hoon narrates that Kim Mu-yeol’s character went to a no-name college in the hicks, with no influential family members to help advance his career: “This bastard with no connections has just one thing, his head on his shoulders.” Kim Mu-yeol finally comes to a decision and switches out the USB with one in his drawer. He’s described as an expert strategist, and if he sets his mind to it, “He can turn lies into truth.”

Yang Ik-joon’s detective character is of a rather different breed of law enforcement, and I can see him being a total wild card in the field. The character teaser begins with him randomly smoking in an empty bathtub, in what looks like an abandoned apartment. Park Joong-hoon gives a laundry list of the detective’s crimes, from gambling to drugs to taking bribes. He drily observes that, “He doesn’t have a purpose to living. I think he just lives ‘cause he was born.” I mean, whoa at those close-up shots at his crazy faces. We should be rooting for him, right?

And then, last but certainly not least, is Park Joong-hoon, who is apparently playing the equivalent of Kim Sang-joon’s role in the original series. The prosecutor attempts to bring in a suspect, played by Kim Hong-pa (Suspicious Partner), who says, “I won’t go down so easily. There are promises to collect on.” This is precisely the type of corruption that has Park Joong-hoon disillusioned with the system: “Law? Justice? Order? I won’t catch you using them.” It’s not exactly a hero walk, but I got chills seeing the four “bad guys” and their leader walking down the corridor lined with men in handcuffs. The teaser ends with Park Joong-hoon narrating, “I will drag down those high-up bastards into the gutter.” Love it.

Bad Guys: City of Evil will premiere next month on OCN. 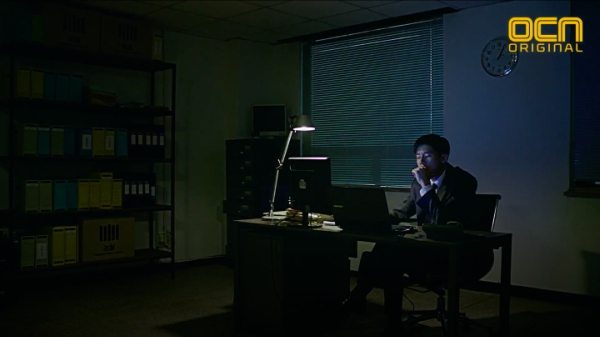 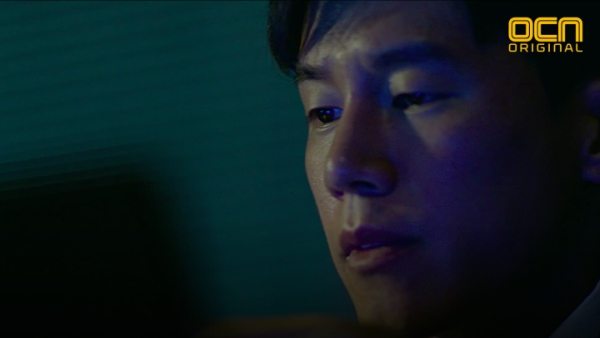 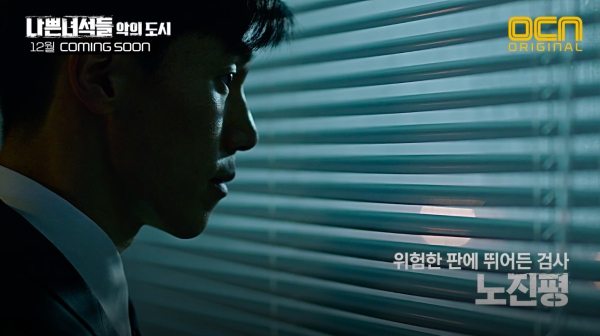 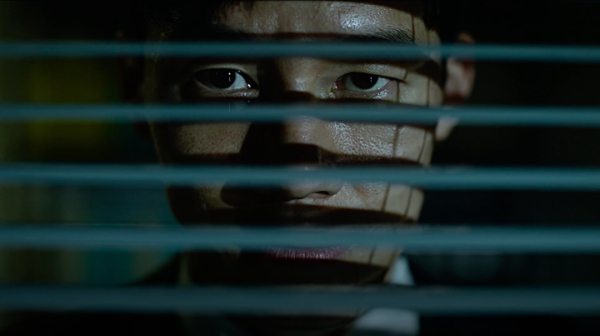 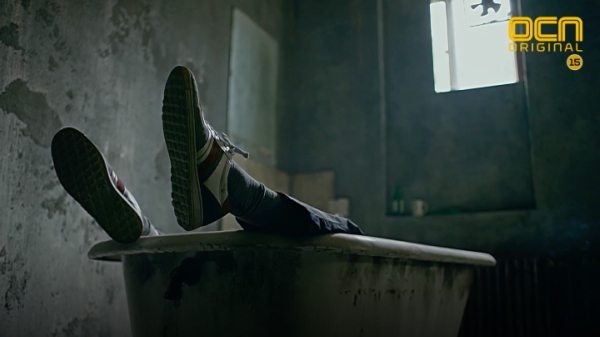 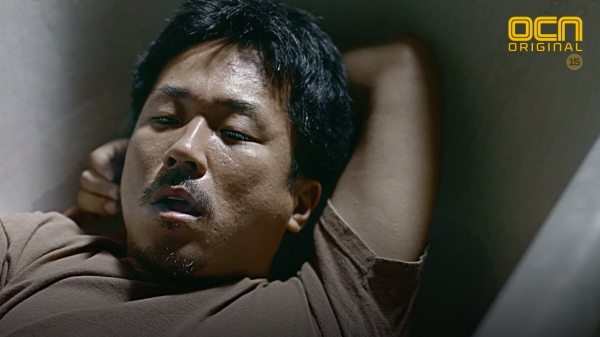 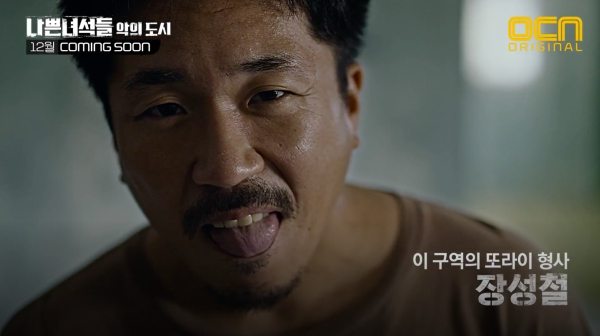 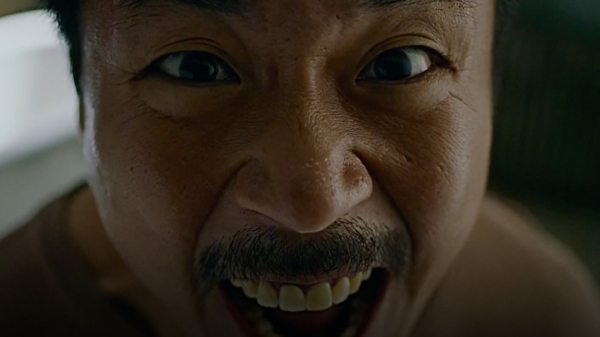 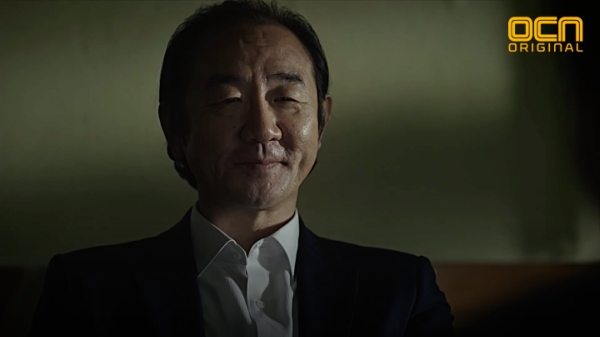 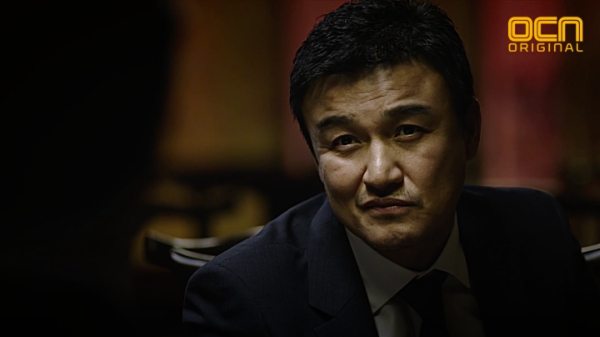 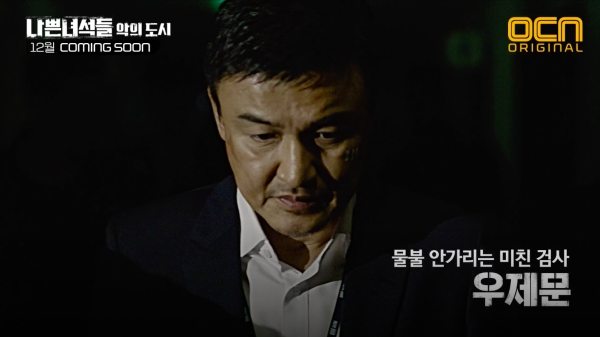 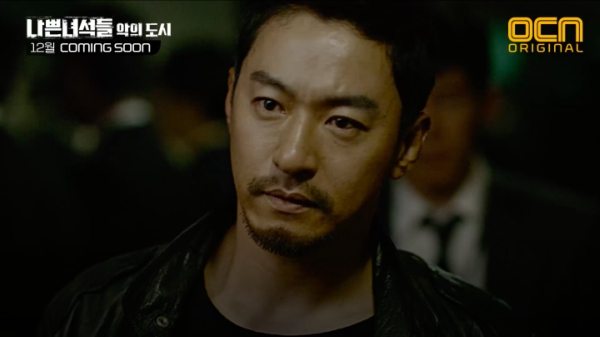 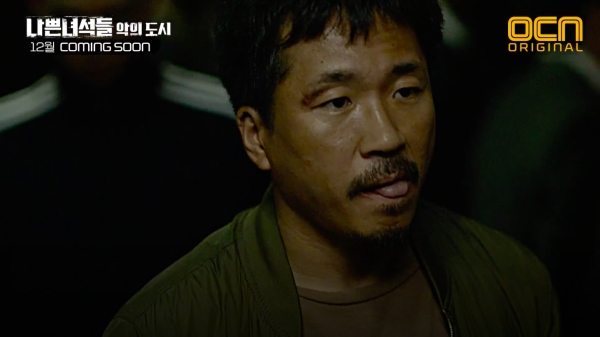 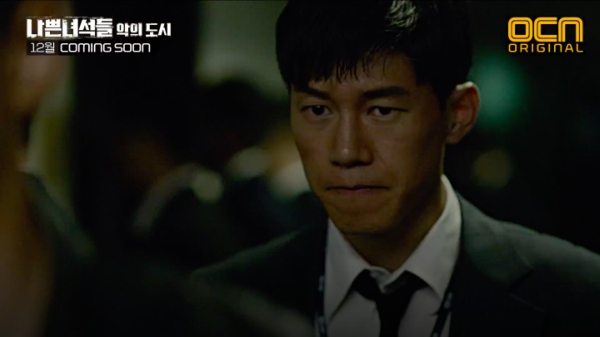 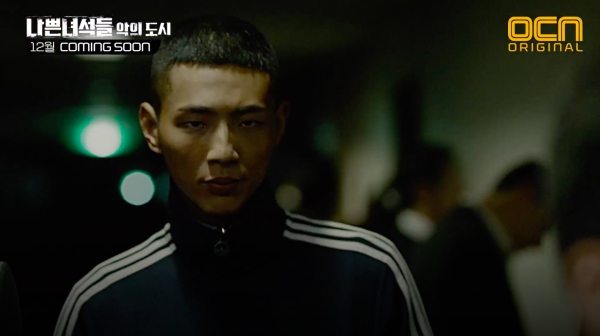 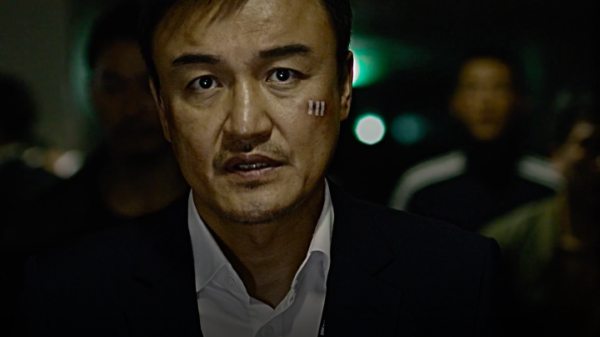