What’s the one thing dramas and trains have in common? They can both run off the rails halfway through to their destination. Many dramas start off strong, but lose plot logic and heart half a dozen episodes into their run. The fluctuation in quality could be caused by many things like the hectic live-shoot schedule, or perhaps by the creators’ assumption that once a certain audience has been hooked into watching through a strong first couple of episodes, most of the audience would stay around to witness the promised happy ending regardless of how convoluted and artificial the plot became. The end result of all this is that, sadly, my drama list is filled with dramas that I dropped around the halfway mark.

All the dramas in that pile put together, however, couldn’t manage to cause me as much heartache as The K2 caused me during one bad episode. When the series started, I was the biggest Ji Chang-wook fan ever, and I was extra pumped to see him in another action role. All I had wanted from the show going in was a slickly directed series that had a marginally intelligent plotline with some non-cookie-cutter characters woven into the narrative, since I was rather sure Wookie’s amazing abs would smooth everything else over for me.

And boy, did the show manage to deliver for the first few episodes (regardless of the show’s overuse of dramatic Gregorian chant music; seriously, what was up with that?), interspersing the raw, beautifully choreographed action scenes with complicated characters and fast-paced direction that made me want just a couple of minutes more when every episode ended. There was enough darkness and mystery to make me cautiously optimistic that perhaps, just maybe, I had stumbled upon the next City Hunter or even better, the next Healer. 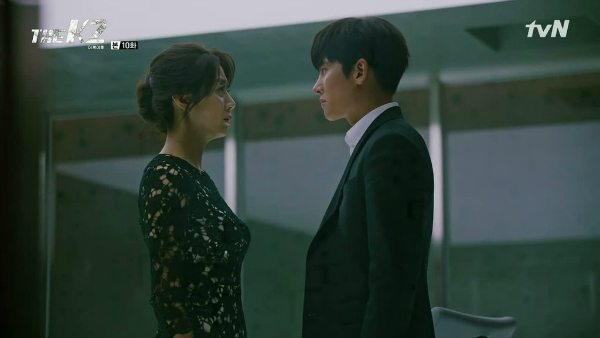 The show had all the components, which, put together, could create the kind of magic that K-dramas are popular for: a dark, brooding hero with a legit backstory that keeps him cold and emotionally distant; a complicated, tragic Cinderella-type heroine who needs protection; strongly cast parents played by talented actors who would serve as our primary antagonists; and just enough of a hint that fate was bringing our OTP together without it feeling like the drama was hitting us in the face with it.

With the first few episodes under my belt, I was genuinely curious to see how the writers would justify an experienced man like Kim Je-ha falling in love with a cloistered, naive girl like Go Anna who has had no experience of the real world. How would they do this, I wondered. As it turned out, one of my biggest disappointments with this show was that they didn’t justify it at all.

Now, I’m easy when it comes to K-drama logic; I accept it with reasonable suspension of disbelief. One of the leads falls for the other after having met them at a crucial point in time, either in their childhood or later on in life? Perfect reason for love, especially a lifelong yearning. Drama lead falls in love with the one person who stayed with them at the lowest point, maybe the loss of supernatural powers, while everyone else left? Human and real. Leads with clashing personalities fall in love after many many meet-cutes and fights? Not my favorite, but I’ll take it. 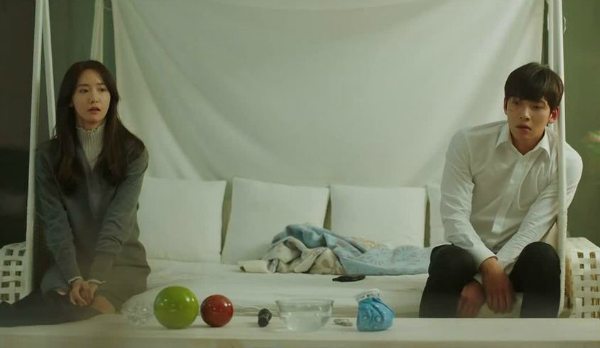 My point here is that while it would make perfect sense for the sheltered Anna to fall in love with the first strong person she has seen around her who cares for her without wanting anything in return, the drama never gives us a real reason why the jaded Je-ha would return those feelings. It does manage to, however, convey to us that Je-ha constantly stalks Anna around the house by watching her through CCTV cameras.

It was an invasion of privacy that ruined my enjoyment of the scene in which Je-ha watched Anna make ramyun for the first time, a moment that the show tried for weeks to market as cute. If, as the show kept trying to convince us, the reason for his love was Anna’s innocence and purity, she loses much of that by the show’s second half, as Anna conspires to win against her stepmother. 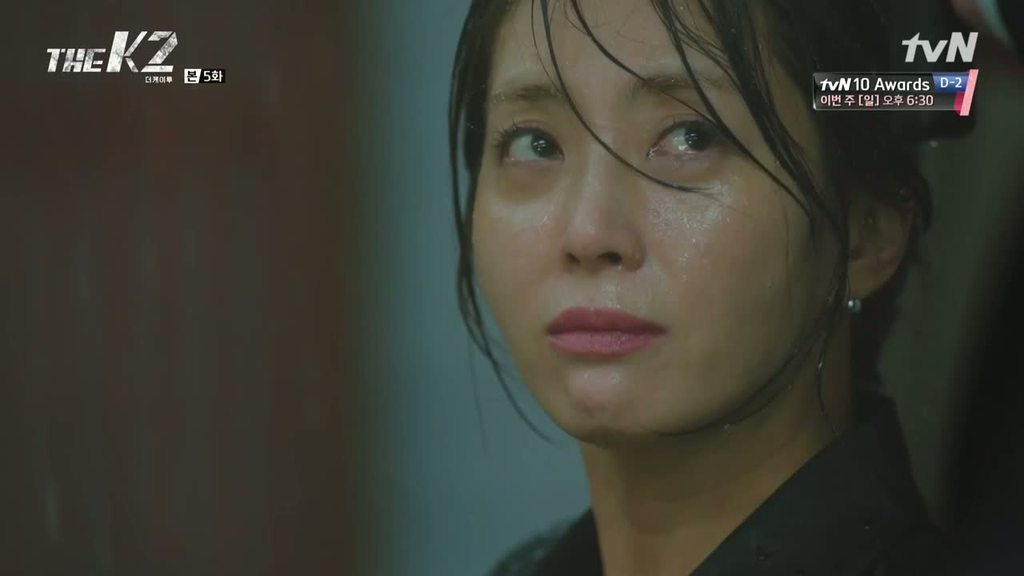 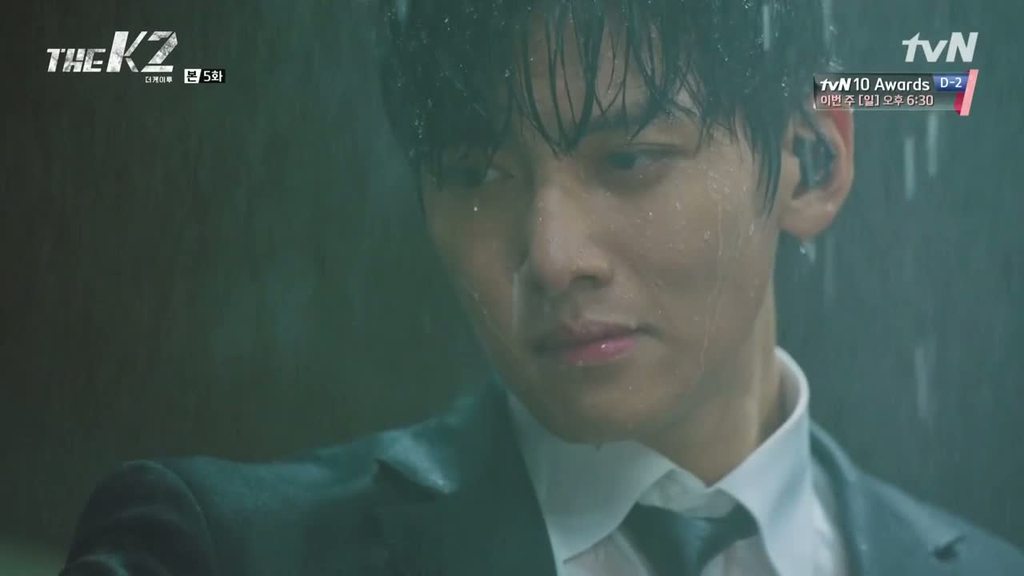 Speaking of the stepmother, the show was not helped by the fact that in any given scene, Ji Chang-wook had scorching chemistry with the wrong Yoon-ah. In addition, Song Yoon-ah elevated the writing to a level above the script by breathing life into the character she was given. Cracks, moral pitfalls and all, Choi Yoo-jin was much more multidimensional, and thereby more likable and infinitely more interesting than Go Anna. Je-ha would declare his love for Anna one week, and his loyalty to Yoo-jin the next, and effectively managed to give the viewers emotional whiplash.

My version of The K2 would go thus: It would ditch all pretense that Go Anna was the female lead of the show, the spot going to Choi Yoo-jin. The show would thrive as the noona romance to end all badass noona romances, a show that plays on its complicated leads, and Choi Yoo-jin will be absolved of her status as the big bad in the show (a status which she never really deserved anyway, seeing as she never killed Anna’s mother, and her husband was a total douche who deserved what he got), and will be the tragically misunderstood heroine who wins the love of the mysterious Kim Je-ha. She will still retain her pride though, along with her inability to admit defeat. 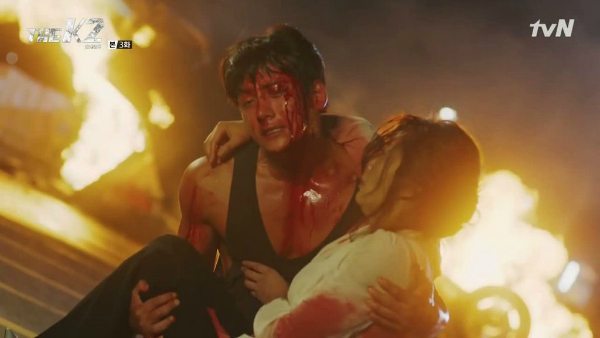 There are plenty of scenes that can be recycled for this plotline, such as the scene where he heroically saves her from a car crash and carries her unconscious body in his arms, or the swoon-worthy way in which he holds an umbrella over her after he helps her take down a room full of her greedy family members. All these scenes would go from being uncomfortable and confusing to being genuinely romantic. Je-ha would learn to trust in another person again, and value loyalty, especially after having been betrayed brutally in the past, while Yoo-jin would shed her loneliness and realize that there exist at least a few people that she can depend upon.

Anna would then, ironically, become the main antagonist as her need for vengeance overtakes her. She and her ineffectual, dishonest father would die together at the end of the series instead of Yoo-jin and her husband, which would lead to Yoo-jin getting the sympathy vote to become the next president. She and Je-ha would proceed to live happily ever after while she runs the country, and he protects her from all sorts of dangers, known and unknown.

See how great the show could’ve been? If only it had committed to its darkness, and reveled in its moral ambiguity, it could have told a smart revenge story upending established notions about right and wrong all while Wook flashed us naked shower fight scenes. In a year like 2016, which was a great year for experimental dramas, The K2 had all the ingredients for brilliance, yet chose run of the mill mediocrity. Sigh. 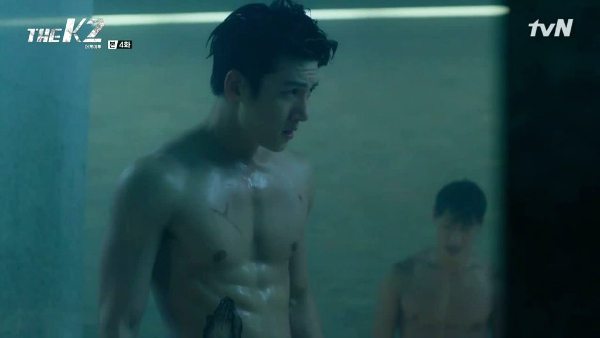