JTBC’s new Friday-Saturday drama made its premiere on November 24 and has already captivated viewers. The first episode scored viewership ratings of 2.3 percent, and that number jumped up to 3.3 percent by the second episode.

Go Jun Hee plays the role of Goo Ja Kyung, an ambitious woman who married into the Jang family. She is the daughter of a former president and the wife of Kim Sung Kyun (playing Jang Ki Seo). Though she is extremely intelligent and has a strong hunger for power, she is looked down and ignored because she is a woman.

Go Jun Hee is definitely leaving a strong impact with her sophisticated atmosphere and piercing gaze. True to her title as one of the entertainment industry’s best fashionistas, even her clothes are gaining attention and adding to the atmosphere of the drama. Her short hair and flawless fashion matches well with her cold expressions and restrained but sharp gaze to give her a formidable aura as a femme fatale. Go Jun Hee is in a pivotal position of power in her city, and she is set to shake things up in both politics and the economy. 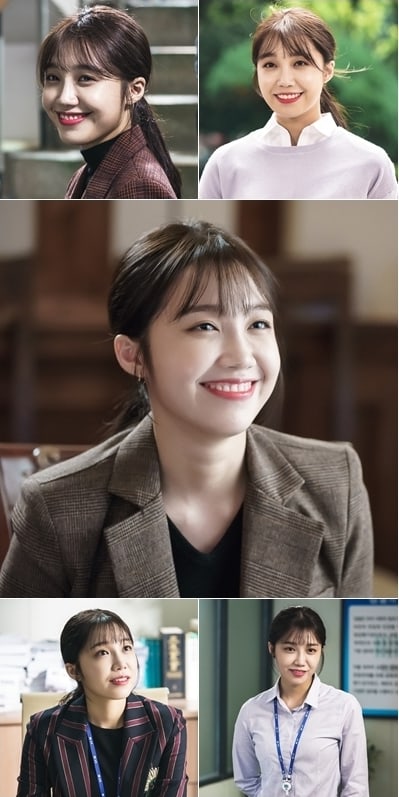 Jung Eun Ji is playing the role of rookie prosecutor Seo Yi Ra. She initially believes that a reasonable level of compromise with people of power is necessary in order to further her career, but when she uncovers the evil that lies underneath after she gets to know Jin Goo (playing Jang Joon Seo), she decides to stand on the side of justice.

Jung Eun Ji’s character is not afraid to put herself out there, no matter the situation, even attending the funeral of Park Geun Hyung (playing Jang Beom Ho) and leaving her card with the family. When her mother warns her to be more careful, Jung Eun Ji gives a wry smile and says, “I didn’t go to just pay my respects, I went to also play politics.” She gets caught up in Jin Goo’s situation because she knows Kyung Soo Jin, and it will be interesting to see how her character changes as she faces a multitude of difficult situations.

Kyung Soo Jin will be playing Yoon Jung Hye, who mysteriously disappears from Jin Goo’s side one day. Viewers were shocked to learn that not only was she using a fake idendity of “Jo Min Joo” with her own husband, but she had been surveilling him as well.

Despite this only being a special appearance for Kyung Soo Jin, she left quite the impact on viewers as a tragic but mysterious character. She was cold when she visited Jo Jae Ryong (playing Joo Tae Seob) in prison behind Jin Goo’s back, but she also drew empathy from viewers when she got drunk and hugged Jin Goo as she said, “I can’t keep lying to you.” She captivated viewers with her ability to express a wide range of emotions while still keeping an air of mystery around her.

The staff of “Untouchable said, “Go Jun Hee, Jung Eun Ji, and Kyung Soo Jin have perfectly embodied their characters. They have each brought something different to the drama and their characters will continue to bring more excitement and interest, so please keep watching.”

“Untouchable” is a well-made action thriller that follows the story of two brothers standing on diverging paths. The older brother becomes evil to stay alive while the younger brother faces his own family after he loses his wife. The drama airs every Friday and Saturday at 11 p.m. KST on JTBC.

Watch the first episode below!