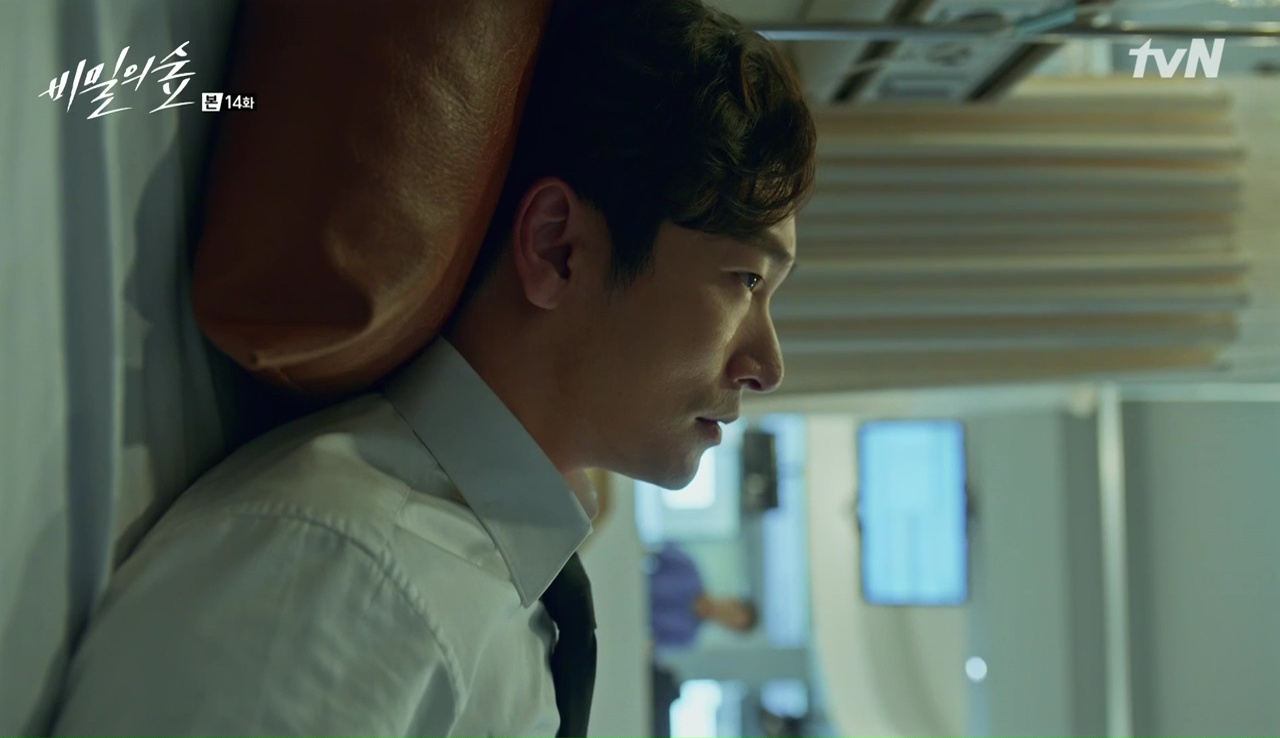 The world has pretty much agreed by now that 2017 was a garbage fire, and for me it was also personally very challenging—I started last winter with a grave setback to my health, and it’s taken me the greater part of this year to find the start of what I hope will be my way to permanent recovery. So when I looked back at this season of dramas and tried to see them through a unifying lens, what struck me most clearly was how they made me feel. As the unique details of each story fade, I’m left with how the shows I loved best this year helped me to process my pain and find a little happiness, and reminded me to hope again, both for myself and for the world.

I’ve been a rom-com girl for the majority of my love affair with K-dramas, and while I’ve watched and loved other kinds of shows, rom-coms still feel the most like comfort food to me. So on my darkest days, when pain turned the world gray around the edges and sleep was a long-lost memory, these were the shows I passed my nights in company with. My favorites this year were the ones that gave us believable romances between lovable characters I could genuinely root for, stories abundant with moments of rapport and empathy that I found far more swoonworthy than grand gestures. 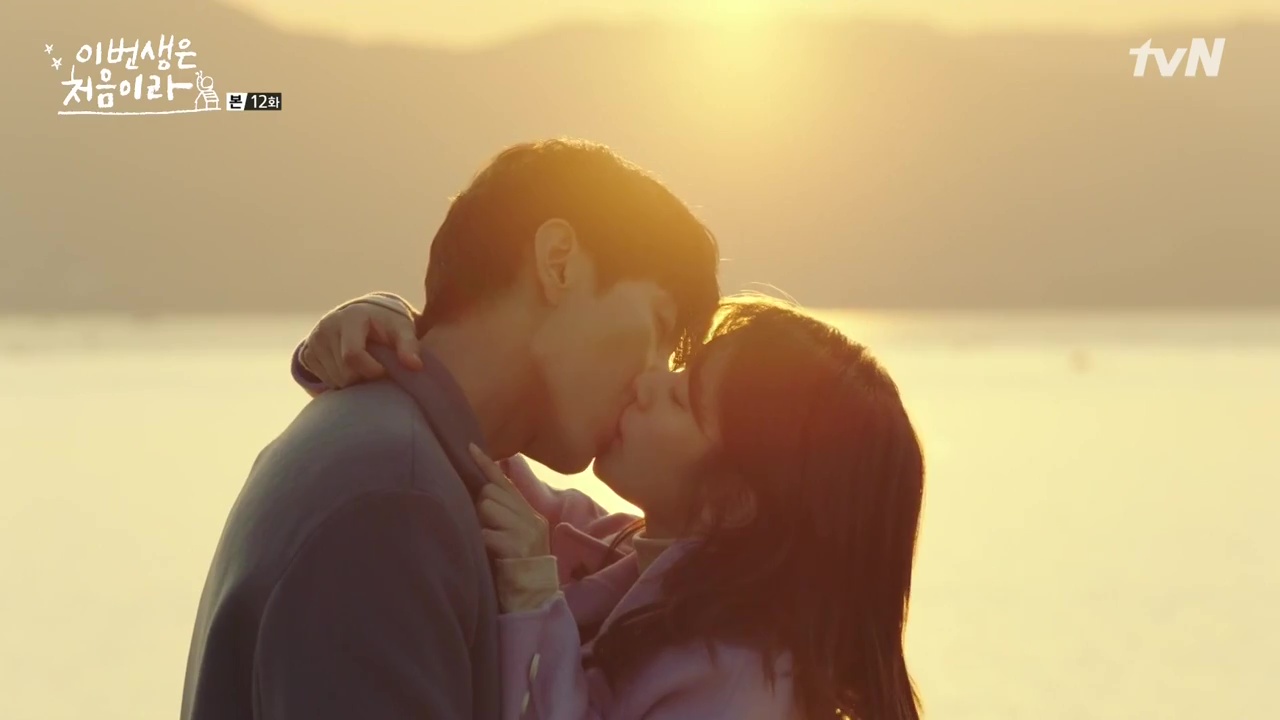 Because This Life Is Our First

Because This Life Is Our First definitely wins in this category for me—its genius crept over me by slow degrees, until by the end of Episode 4 I had chills and the bone-deep certainty that this would be one of the best shows of 2017. Jung So-min and Lee Min-ki are charming and achingly relatable as the leads. The best contract relationship dramas push their leads into an intimacy they wouldn’t have chosen, without taking away their agency or promoting the idea that forced proximity is equivalent to destiny.

Instead, we have two people that start out with respect and mutual expedience, slowly falling for each other until they’re so inextricably entwined that neither can bear to let go. And the show did the same to my heart; every episode built slowly to an emotional crescendo of feeling that made my chest ache and my eyes well up, and left me breathless. It was so consistently brilliant, treating every character and relationship with such maturity, nuance, and clear-sightedness, that I almost despair of ever finding a rom-com as good again.

Fight My Way also elevates a common rom-com trope, that of best friends falling in love. It captures perfectly how it can be both scary and exhilarating to follow your dreams and fall in love. Kim Ji-won and Park Seo-joon aren’t just good in this, they are their characters, and their bond is so strong (and so full of unresolved romantic tension) that there’s never any question that they belong together. And yet watching them awkwardly realize their feelings for each other and slowly navigate their way from friends to lovers into a happy ending is both gripping and endlessly romantic. 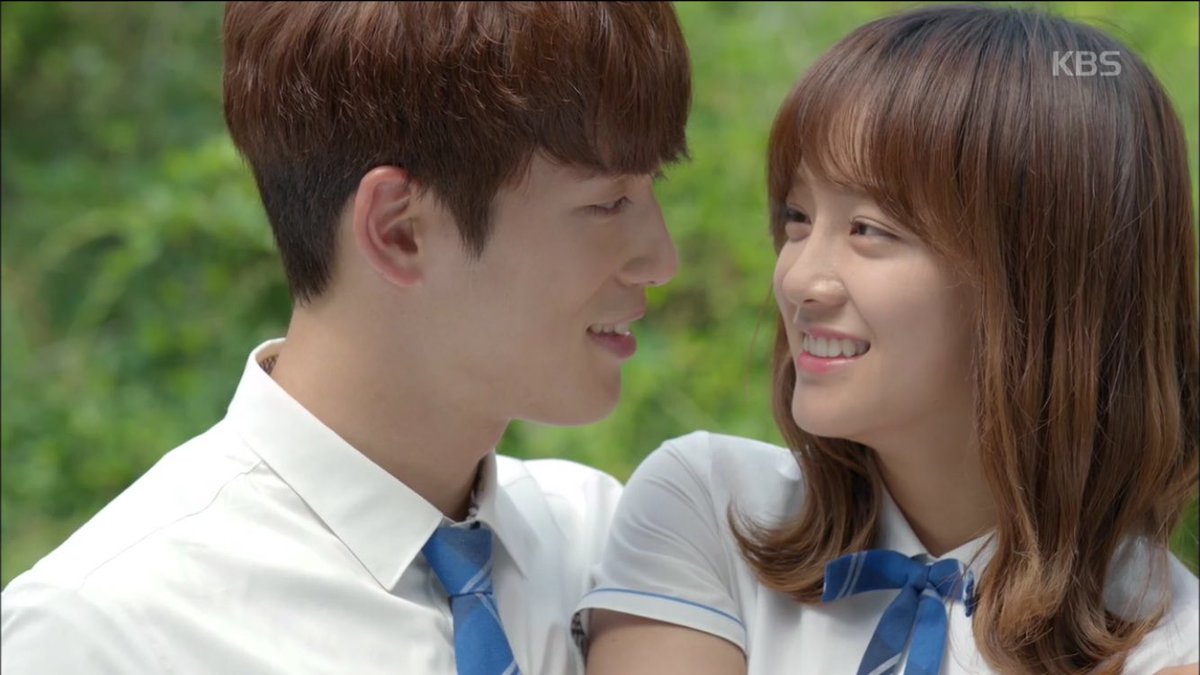 High school drama School 2017, unlike previous iterations of this franchise, focuses more on romance than bromance, and Kim Jung-hyun is a delight as the suave man-child who is reduced to giddy flailing in the presence of his oblivious crush, Kim Se-jung. What boy has ever been that smooth at eighteen? Who cares, when he makes us swoon so hard? This drama could hardly be called realistic, with its masked vigilantes and over-the-top villains, but it reminded me vividly of how it felt to be that young, when every moment was life-or-death, and anything and nothing seemed possible at once.

So often we get rom-coms that feel artificial, their glossy finish doing little to disguise their lack of emotional authenticity and the fact that they’re just ticking boxes on the way from meet-cute to happily ever after. What made the ones I loved this year so comforting to watch was that they were about characters who felt real, acted in ways that made sense to me, and lived full, meaningful lives, making the world of the show a warm, happy place for me to escape into for a while.

Radiant Office falls into this category, with its lovable trio of losers and the slow affection that develops between Go Ah-sung and Ha Suk-jin. So does Father Is Strange, a surprisingly low-angst, feel-good weekend drama that has three satisfying romances and a family that loves each other fiercely, with standout performances by Lee Yu-ri and Lee Joon. Lingerie Girls Generation balances and intertwines romantic and familial love in the same way; it’s a short but sweet coming-of-age period drama that’s like a time capsule to your teenage years. (Suspicious Partner and The Best Hit have that dynamic too, although the former fizzles out in its second half and the latter nearly gave me a rage aneurism with its ending.) 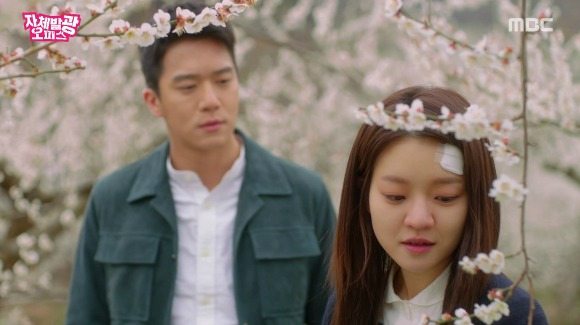 Then there are the shows that offer catharsis rather than escape. Chief Kim skillfully weaves together laugh-out-loud comedy with poignant emotional stakes that keep the story grounded and give it heart and meaning. The premise of a con man finding his conscience when he goes up against an evil corporation could easily have been preachy, and the comedy is so broad at times that this could have become unwatchable camp, but the show is so well-made and the actors (led by a virtuosic Namgoong Min) so good that every element works perfectly. The story is tightly plotted, thrilling, and incredibly satisfying all the way through.

I watched much darker fare as well, and that gave me a different kind of catharsis—a way to process the injustice that I increasingly see around me in the real world. I suspect that the recent political upheaval in Korea may also be a reason we had so many dramas about cops and prosecutors taking down corruption this year. Forest of Secrets is the best of these, and since I’ve devoted many thousands of words to that drama already, I’ll just say here that for me it embodies perfectly the determination and courage needed to fight for justice in a corrupt system, and I found it both personally inspiring and as a drama, objectively near perfect. 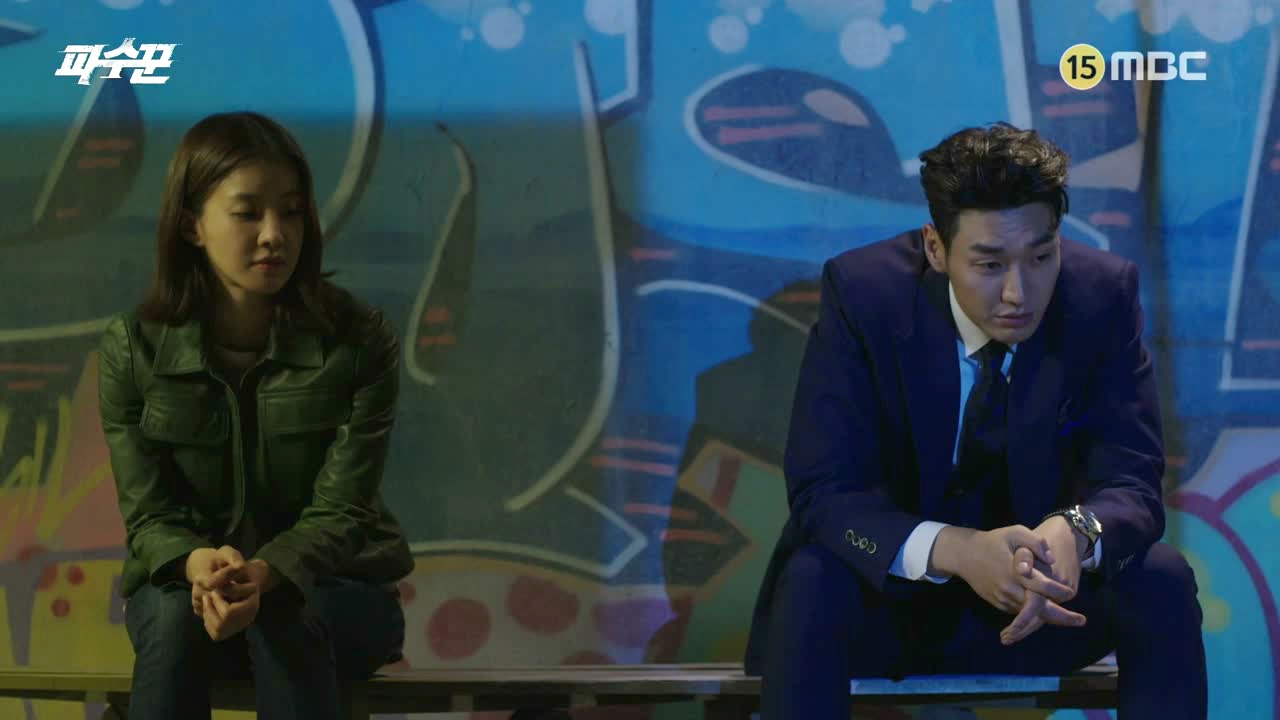 There’s Lookout, which is suspenseful and emotional, with a badass soundtrack and an even more badass heroine, and probably the most fascinating antihero I’ve ever seen in a K-drama. It’s a shame that the last episode was such a letdown, but I don’t regret the absolutely thrilling ride that took me there. Defendant is highly enjoyable, mostly for the cat-and-mouse game between Ji Sung and Eom Ki-joon as hero and villain, especially when it’s unclear who is the cat and who the mouse. And for Shin Rin-ah, who’s hands down my favorite child actress right now.

I’d be hard-pressed to choose a favorite drama of 2017; based on sheer brilliance of writing, acting, and directing it might be Forest of Secrets, or Because This Life Is Our First. But the one that made me squee, and laugh, and sob until I could barely see was Live Up to Your Name, a time-travel medical romance drama that I wouldn’t have even watched if I wasn’t recapping it. It’s everything I didn’t know I needed: a tough, intelligent heroine who fights to balance her idealism and her bruised heart; a hero who wants nothing more than to save lives, but is jaded by the unjust world he grew up in; the miraculous time-travel that both brings them together and ultimately becomes the cruelest obstacle in the way of their love. I loved how their initial fascination with each other’s medical knowledge slowly turns into mutual respect, then friendship, and eventually love. I delighted in how mature their feelings are for each other, how honest their every conversation is, with no misunderstandings to manufacture conflict, because all the angst is organic to the plot itself. 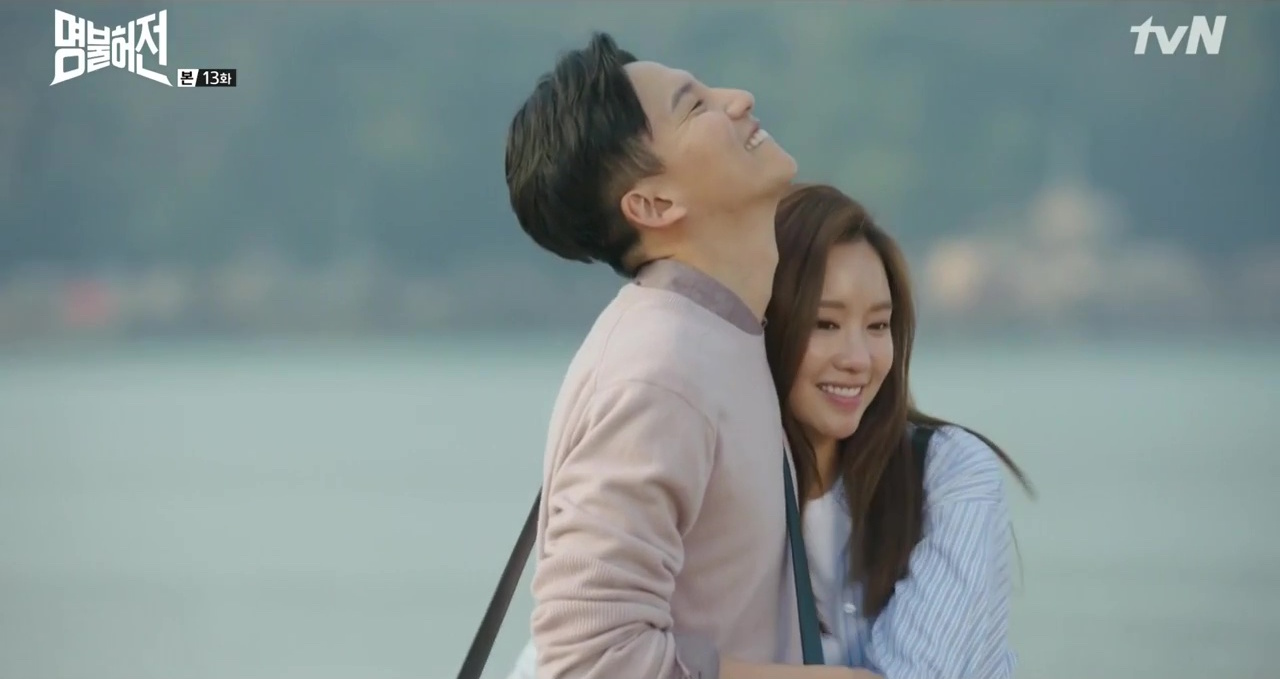 Live Up to Your Name

I feel like I watched Kim Nam-gil and Kim Ah-joong fall in love before my eyes, and I don’t think I’ve rooted so hard for a couple to get a happy ending (or been so unsure of whether they’d get one) for a very long time. It took me out of my world and made me believe in miracles again, at a time when I felt very hopeless about my own prognosis. My long struggle with illness has made me incredibly wary of medical dramas, but this show treats medicine with respect and patients with a humanity and dignity that I’ve often found lacking from doctors in the real world—and that made me cry a bit, and gave me some healing.

Most of all, the show just made my heart fill up with the unapologetic goodness and hope it offers, even in the face of sadness and failure. As the hero tells the heroine when she loses her young patient, it’s not up to them to choose who lives or dies; it’s simply their duty to try their hardest to save each person. We don’t have any guarantees in life that everything is going to be perfect, but we can do our best to live every day reaching for happiness. I’m grateful to the dramas I’ve watched this year for giving me a small piece of that joy. 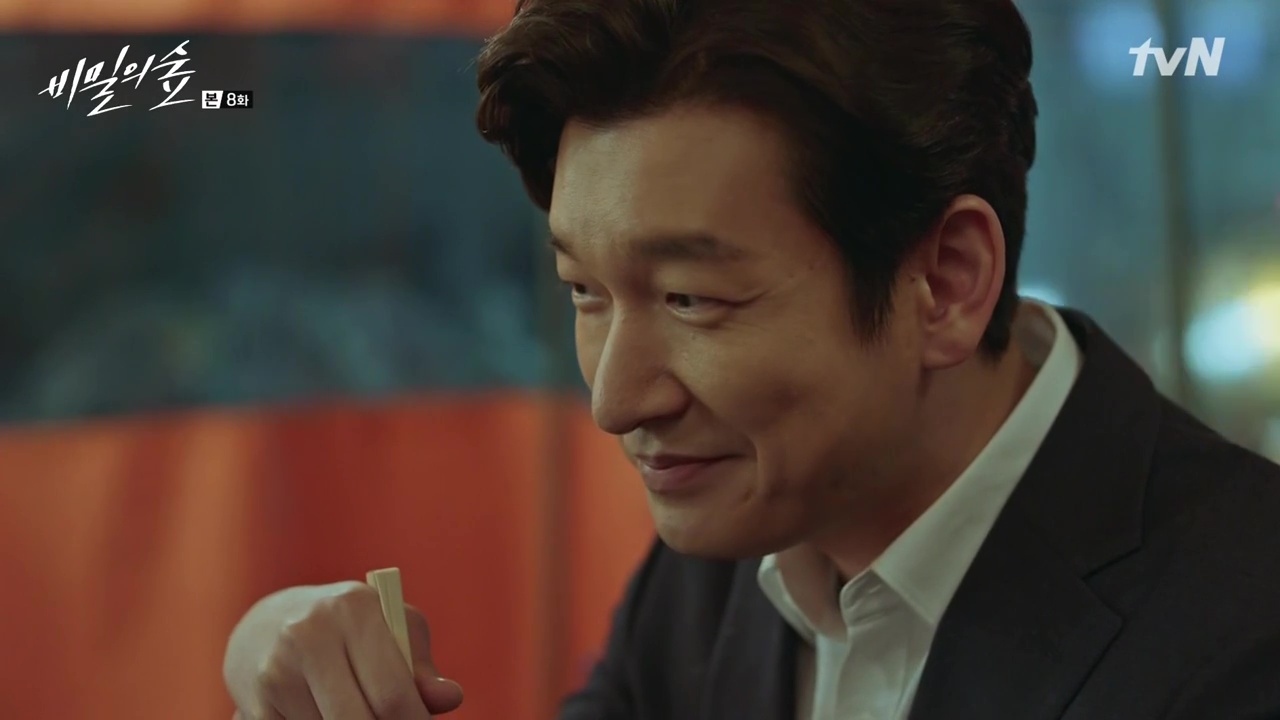