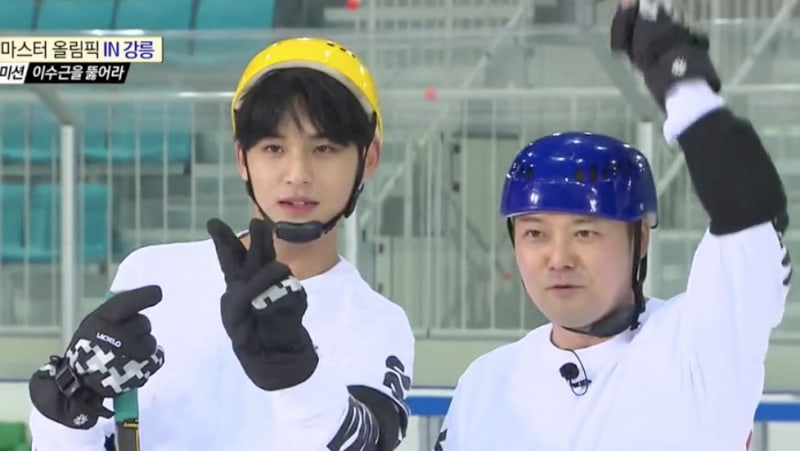 On the latest episode of “Master Key,” SEVENTEEN’s Mingyu showed off his athletic prowess and skated his way to victory!

The December 30 episode of the SBS variety show concluded with a shooting match at an ice hockey rink, with each of the participants attempting to rack up the highest number of goals.

Mingyu and his partner, Jun Hyun Moo, went into the game with an advantage—thanks to their impressive teamwork throughout the episode, they had earned more pucks than any other team.

On top of that, Mingyu looked so completely at ease on the ice that the other guests on the show commented, “He really looks like a hockey player!”

Although Jun Hyun Moo failed to score a goal, Mingyu still managed to lead their team to victory by not missing a single shot. Because Mingyu scored on both of his first two shots, the game ended even before their team had used all of their hard-won pucks.

Check out the full episode of “Master Key” below!