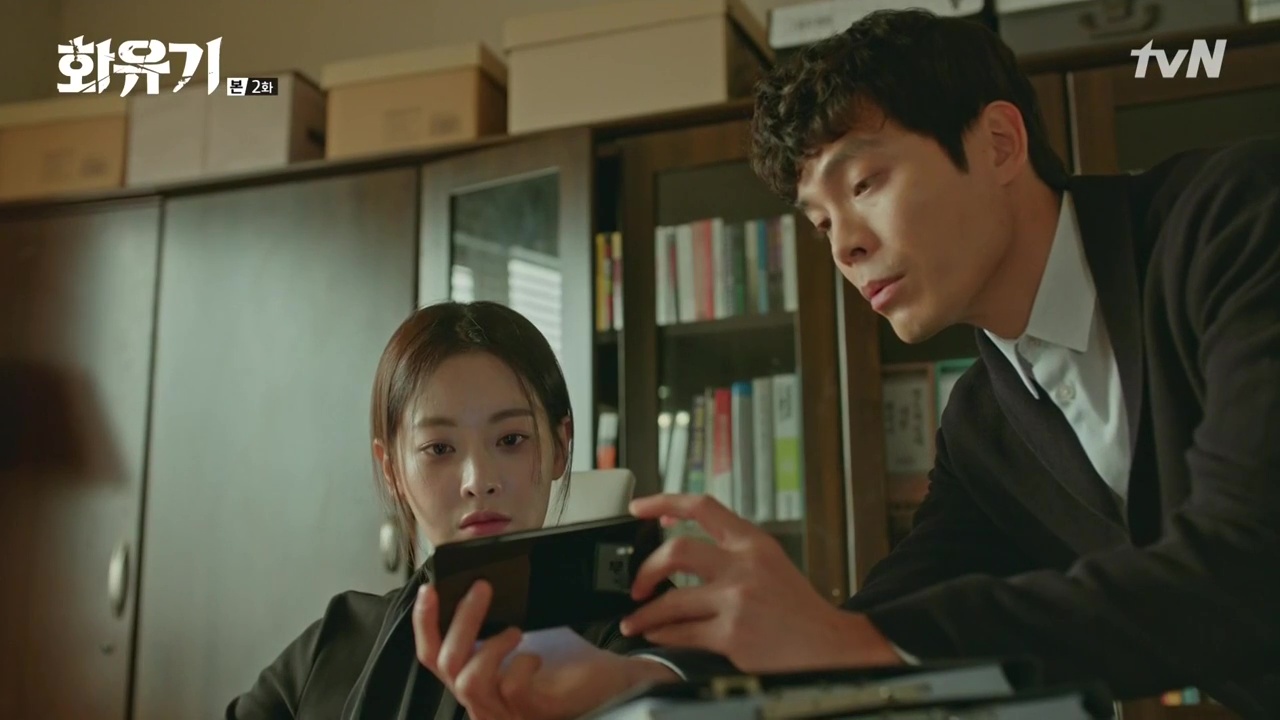 I’m Not a Robot: Ahh, I really felt for the angst this week, because of how badly both Min-kyu and Jia want the same thing (for the robot to be human). The pain seems so easily remedied by telling the truth, but it made so much sense why the lie had to continue, and I appreciated that it gave our characters the time to explore how keenly they felt that longing in that moment.

Black Knight: I find the tone so weird in this show—or rather, the tonal shifts from light to dark and light again. The tone changes are probably both an asset and a flaw, because I’m never bored by this show but I don’t think its execution does it justice; I do feel like the seams are showing at every turn and it impedes my ability to sink myself into the world. I also find Seo Ji-hye a strangely compelling character, because her petty jealousies can be cute in the present day, but then we’re constantly shown what a vile and wretched human she used to be (and hasn’t learned her lesson yet) and I don’t want to like her or find her appealing.

My Golden Life: I left this show weeks ago, but I have to admit that my curiosity was piqued when I randomly watched this clip, and the idea of love triangle roommate hijinks appealed to me (much more than the suffocating chaebol household). I’m always surprised at how much doesn’t change from week to week in a weekend family show, because I skipped about twenty episodes but felt like I hadn’t missed a beat, even with all the big plot changes. I still don’t really buy the characters or the world of this drama (it feels too simplistic to resonate) but it’s still light and amusing and easy to watch.

I’m Not a Robot: Yoo Seung-ho is really quite dense about the robot not being a robot, but awwww, he was so heartbroken over her not being a real girl this week that it melted my heart. This show can be silly, but they always do a good job of bringing it back to an emotional center that keeps it grounded.

Two Cops: I know that the undercover operation in prison was important for the overall mystery, but I couldn’t get over how easy it was for Jo Jung-seok to just get in and out of prison without anyone batting an eyelash. It’s the kind of plot that would take up a whole other drama’s worth of time to do logically, so instead they just kind of waved a magic wand. Maybe someone watched Mysterious Il-seung and went, Look, you can just walk in and out of prison, easy peasy! Let’s do that!

Jugglers: I enjoyed the denial stage of this romance and wished it would continue a little longer, though I wouldn’t exactly complain about the romantic development, seeing as how it’s a lot more interesting than the office hijinks. For all of his social issues and his emotional stuntedness, this hero sure knows how to be swoony when it counts.