When it comes to K-dramas, it’s essential that the ending is perfect, especially when we’ve invested so much time pouring our hearts and souls into the characters and their stories. We expect the ending to bring everything together and for everything to be resolved; most of the time, we’d appreciate a happy ending. It’s unfortunate when you absolutely love a K-drama all the way until the last episode or two, and then the ending doesn’t quite meet expectations. Sometimes, it’ll ruin the entire series.


See Also: Ha Ji Won And Jo In Sung’s Drama “What Happened In Bali” To Be Remade After 14 Years

There’s a lot of pressure on not only the writers, but the directors to give viewers what they want. There have been a fair share of K-dramas in the past that started out so promising and then catapulted into destruction towards the end. What could have been a stellar series has made its way into the K-drama list that us K-drama lovers would rather not talk about ever again.

Here’s a look at seven of those K-dramas that we wish could have ended differently.

(In no particular order) 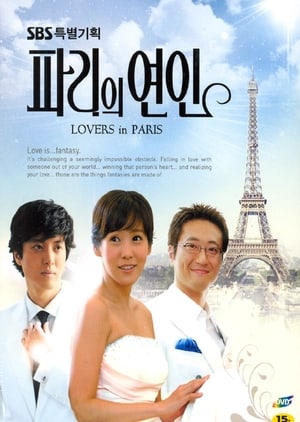 Kim Eun Sook is a famous and reputable K-drama writer who has gained the respect of many actors and fans for her clever and brilliant scripts. From what we can gather now, her K-dramas are pretty perfect and are usually good from beginning to end.

However, earlier on in her career, she got a lot of backlash from viewers when she abruptly and confusingly ended the hit drama, “Lovers In Paris.” The main character, Gang Tae Young (Kim Jung Eun) imagines her romantic fairy tale. Leaving viewers to realize that the whole series was not really real; it was confusing to say the least. Many K-drama lovers still can’t forgive and forget this horrendous ending! 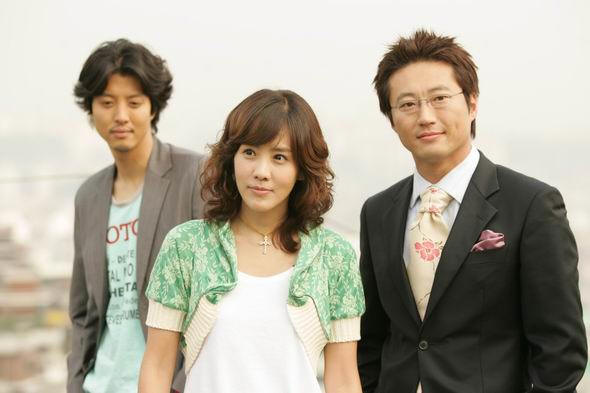 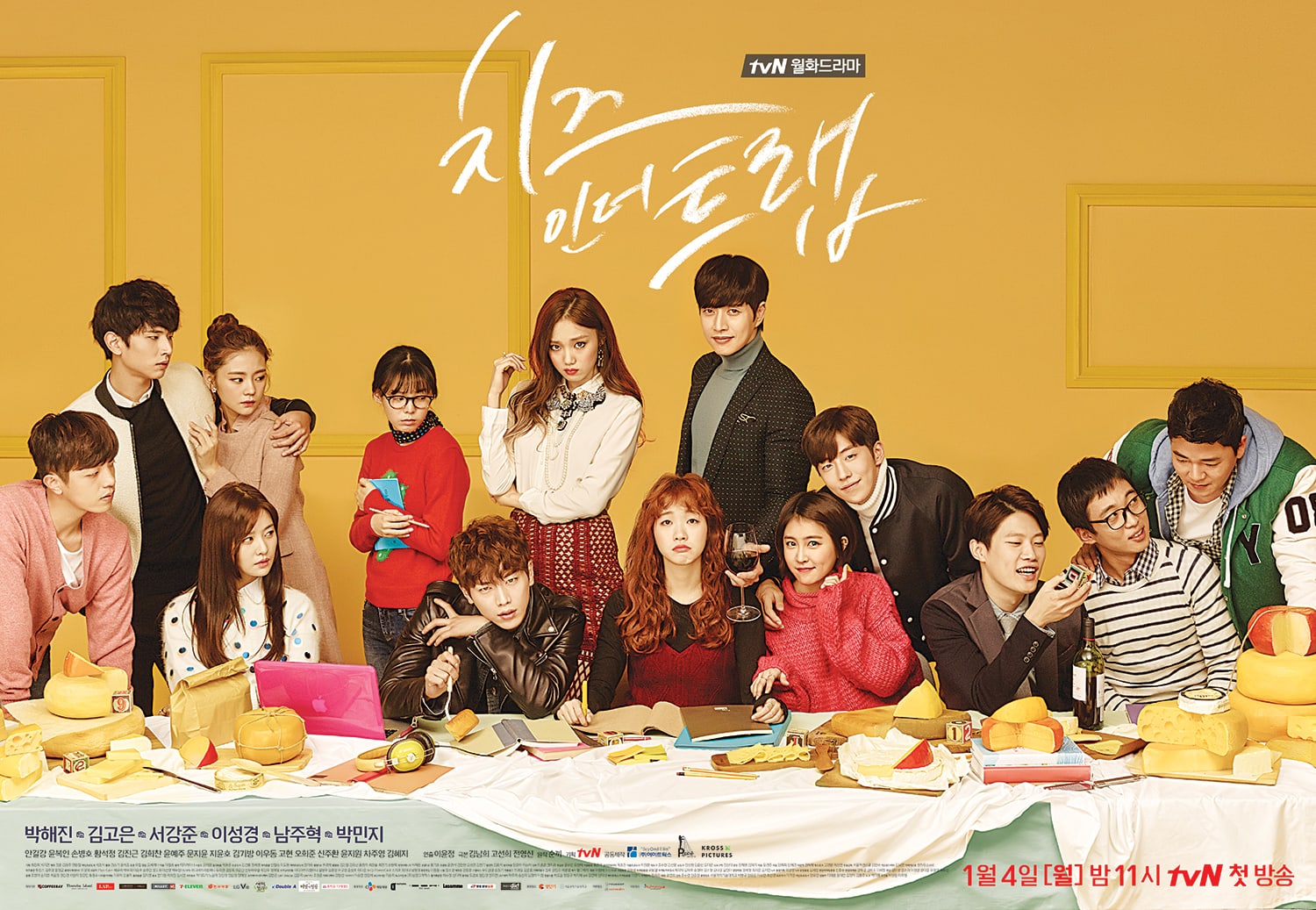 Because this drama was based on the hit webtoon written by Soon Ggi, many people had high hopes that it would be a mega success. What started off really strong, ended in only negative reviews and angry fans. Not only had the main lead Park Hae Jin disappeared from the drama halfway through the series, but the second-male lead started to seem more like the main lead. Although we really can’t complain because the second lead was Seo Kang Joon, it did leave the story in an awkward place and the ending was even more horrific, in that it had barely any closure. Fans were not pleased. Let’s just hope the movie rendition will make up for it! 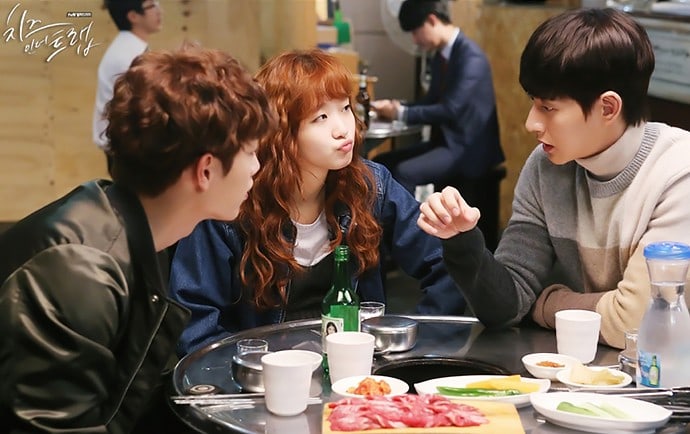 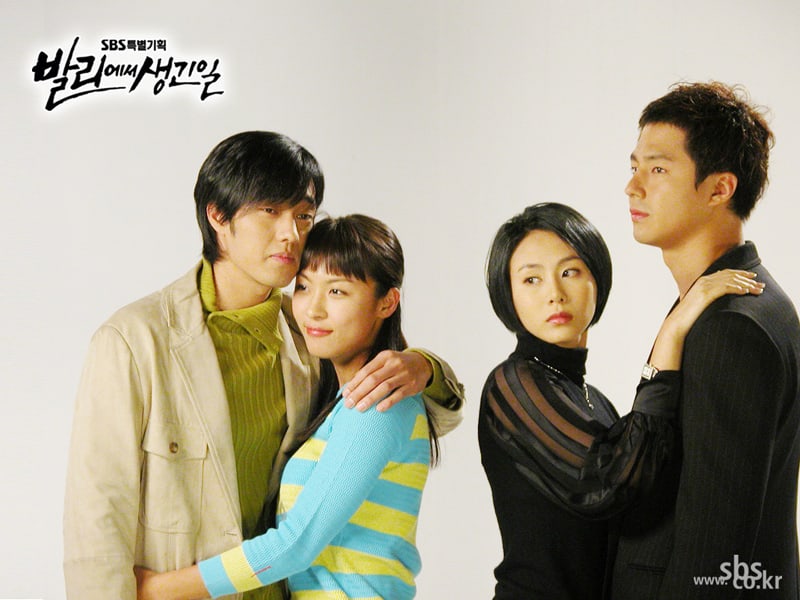 It wasn’t uncommon to have tragically horrific and sad endings back in the day, but in this particular drama, it just left everyone wondering what had just happened. There was a jealous ex-boyfriend (Jo In Sung) and a current boyfriend (So Ji Sub) who both loved one girl (Ha Ji Won). During the drama, we think that the two main leads are getting their happily ever after until they all end up in a pool of blood at the end. Yes, all of them die as a result of the ex-boyfriend’s jealous rage. 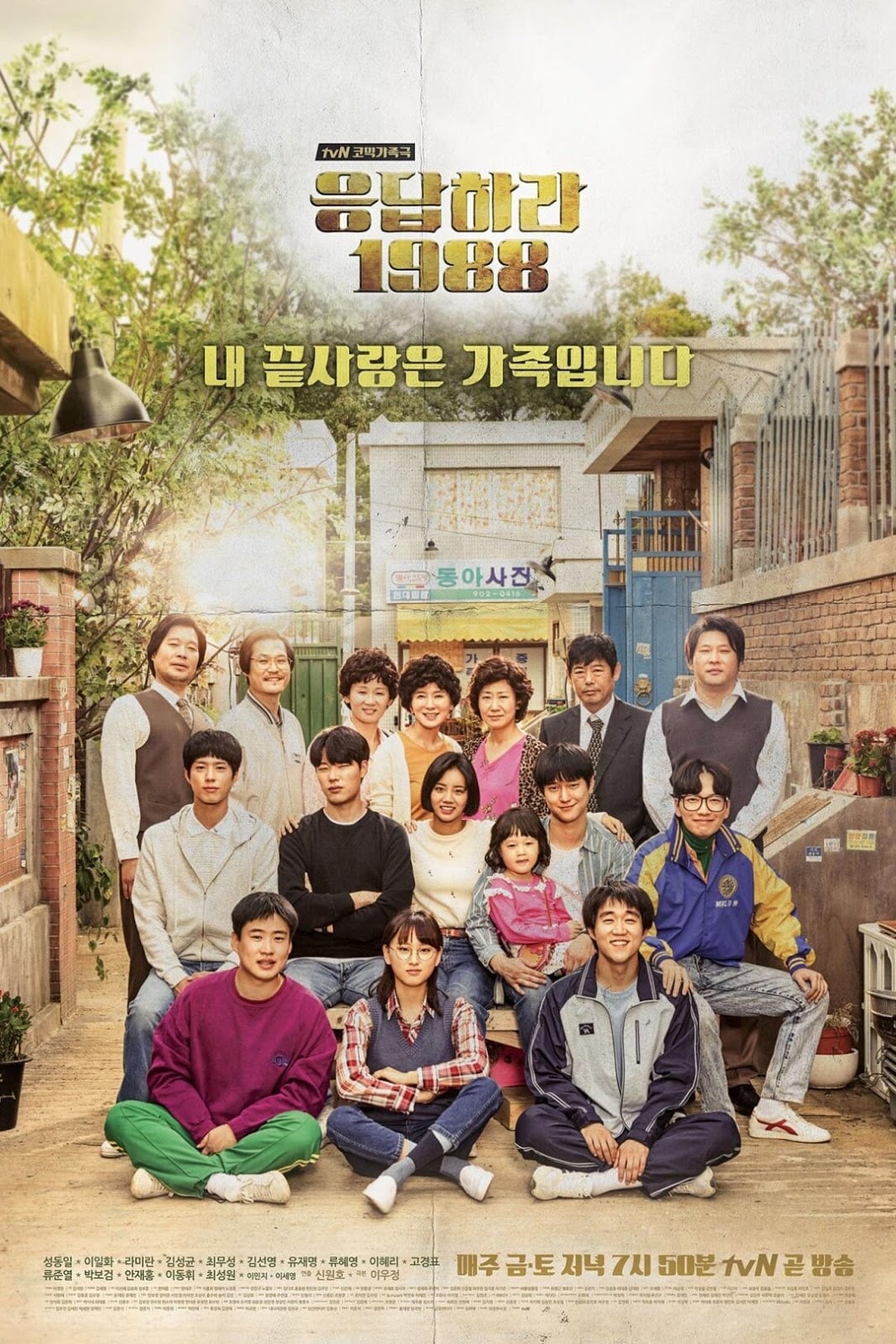 This one’s a sensitive one. Mainly for the people who were on #teamtaek. The director and writer of the “Reply” series got a serious amount of backlash after they aired the last episode. When Deok Sun (Girl’s Day’s Hyeri) is to choose between Choi Taek (Park Bo Gum) and Jung Hwan (Ryu Jun Yeol), a great deal of the world thought Jung Pal was the obvious choice. But when the second-to-last episode aired and Jung Pal gave that heart-stopping confession, to take it all back, we all knew that she was going to be with Taek. If you were on team Jung Hwan, this was a painful ending and we’ll never get over it. Although, at least a part of us have been salvaged since news broke out that Ryu Jun Yeol and Hyeri are dating in real life! 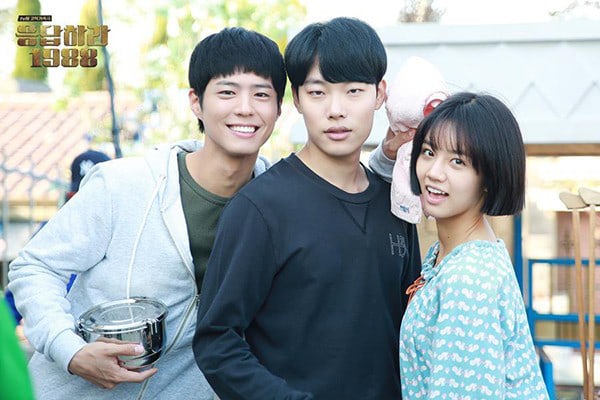 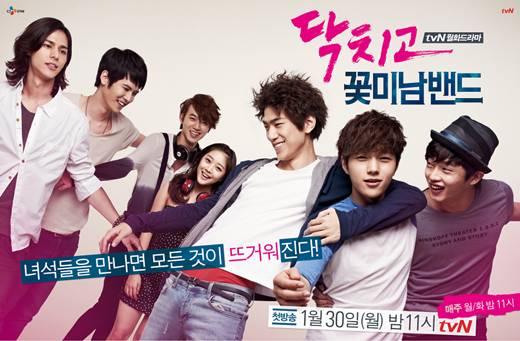 I’m cheating a bit here because it’s not so much the ending that was despicable here, but it was at the end of episode 2 when the writers decided to kill off the highlight of the drama – Joo Byung Hee (Lee Min Ki). Throughout the first two episodes, the drama does a great job of making us viewers fall slowly in love with Joo Byung Hee and his reckless, bad boy ways. He’s charming, and many were eager to see how his love story with his muse (Jo Bo Ah) was going to unfold in future episodes.

Then at the end of the second episode, he tragically and suddenly got hit by a truck, leading him to his death. This left the “real” main lead, Sung Joon to try and measure up to the charisma that was Lee Min Ki. And although he did do a good job, the impression that Joo Byung Hee left behind was just too strong. 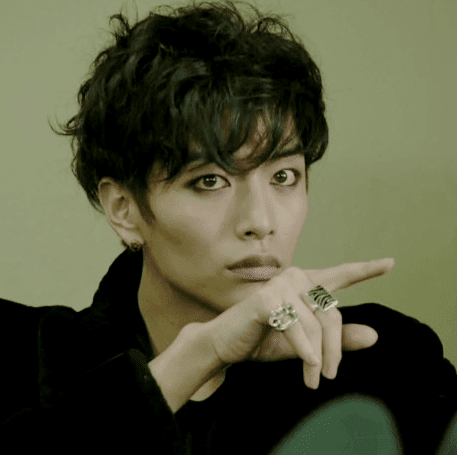 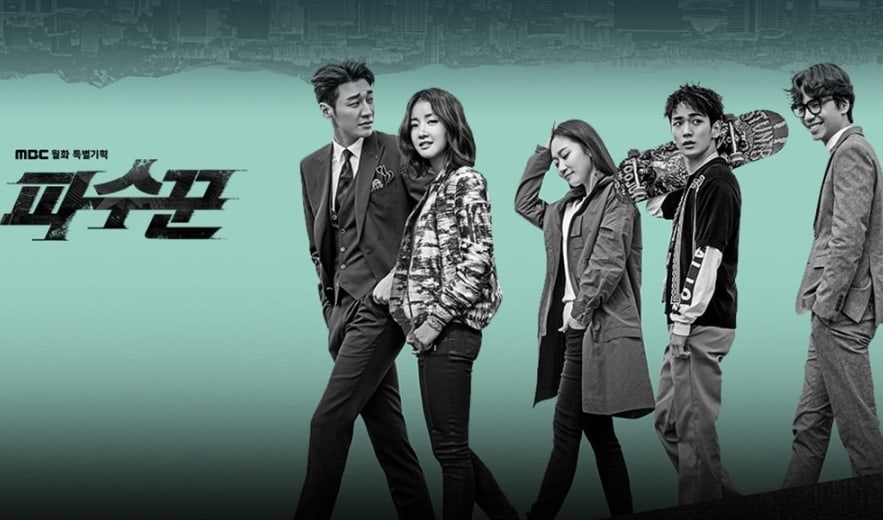 This K-drama was one of my favorites of the year and it probably would have been one of my all-time favorites if the ending had been better. I don’t think it was an awful ending, but I wish they hadn’t used the death of the main character Jang Do Han (Kim Young Kwang) as a way to bring closure to the story. I think he deserved so much more than the ending he got! 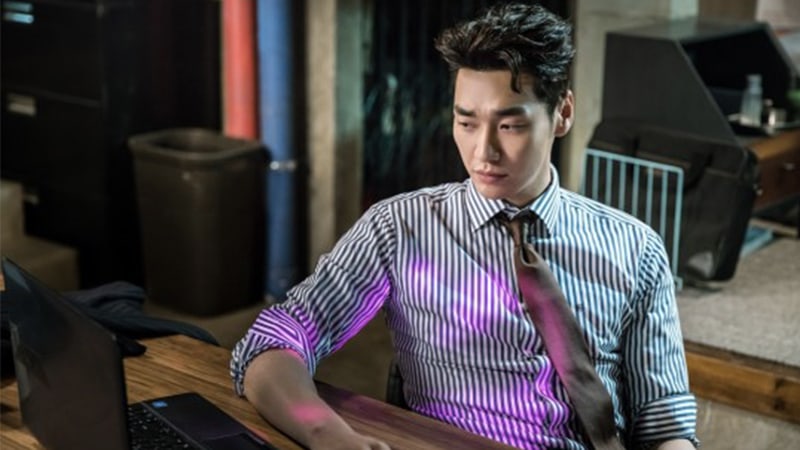 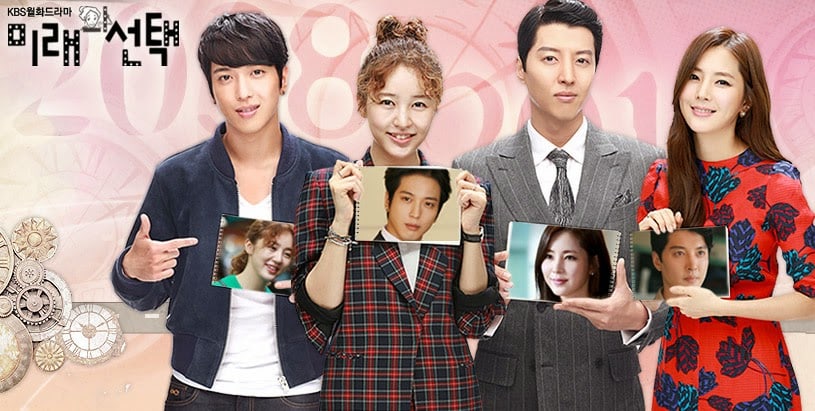 This star-studded cast had everything going for it. Yoon Eun Hye, Jung Yong Hwa, and Lee Dong Gun starred in this epic love story that involved a serious love triangle. While the two male leads tried to win Na Mi Rae (Yoon Eun Hye)’s heart, we were torn. Will she choose the loyal, rich, Park Se Joo (Jung Yong Hwa)? Or the cool, charismatic Kim Shin (Lee Dong Gun)? By the end of the series, we were all wondering who she would pick and to our dismay, she didn’t pick either. The K-drama ended off being open-ended; we don’t know who she picked! After having invested 16 hours of our time watching this K-drama and needing closure, we didn’t even get it. Talk about a waste of time!

Hey Soompiers, which of these endings do you wish was better? Let me know in the comments below!

binahearts is a Soompi writer who can be most often seen singing her heart out at karaoke, walking her dog, or indulging in dessert. Her current obsessions include Song Joong Ki, BIGBANG and BTOB. Make sure you follow binahearts on Instagram as she journeys through her latest Korean crazes!