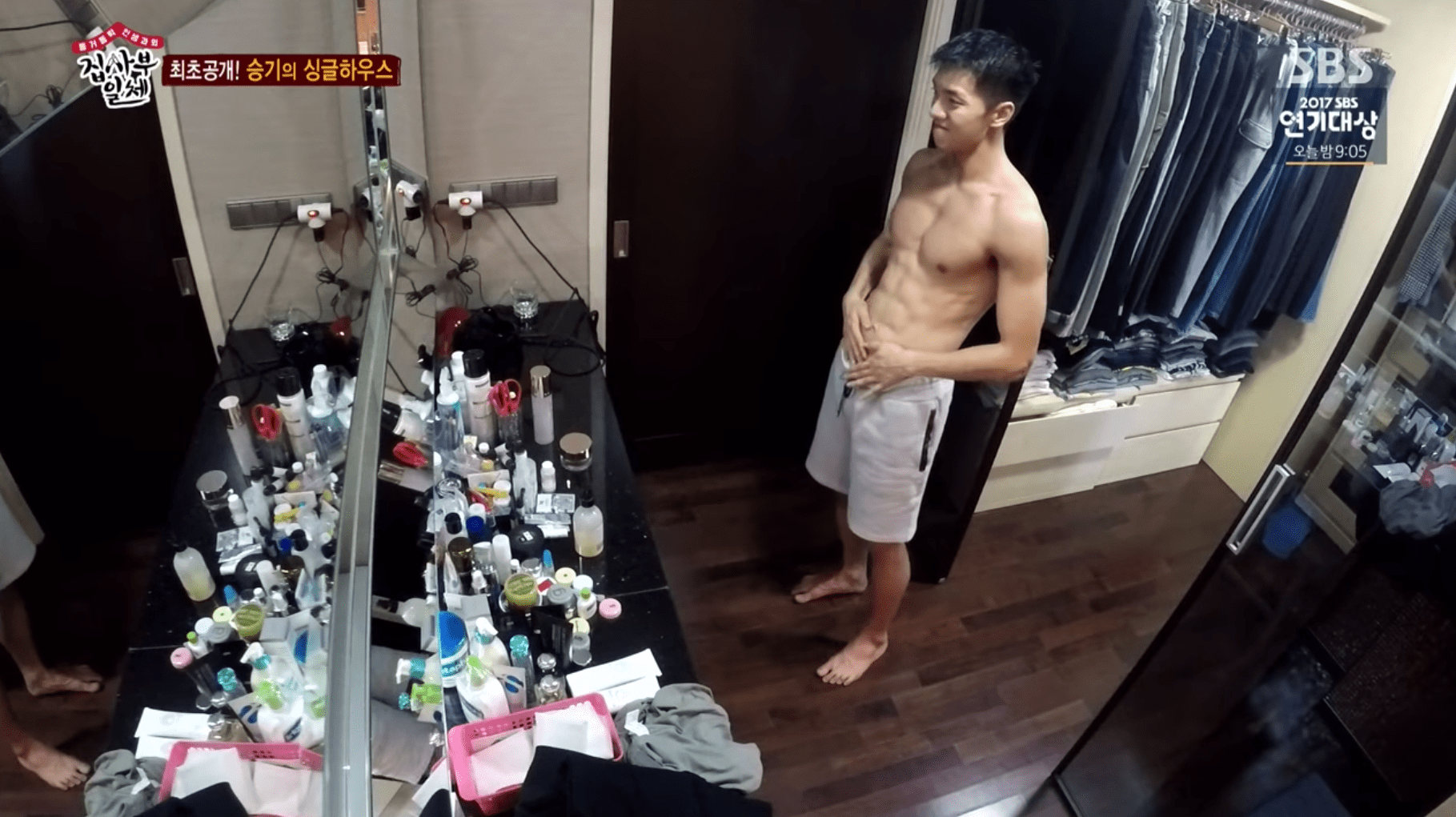 On December 31, SBS’s new variety show “Master in the House” made its premiere.

The show revealed Lee Seung Gi’s house for the first time since he’d returned from mandatory military service. “Master in the House” is his first variety show in three years.

Lee Seung Gi started off the day exercising, working to keep his fit body from military training. His workout routine included running on a treadmill and strength training with a 10 kg vest on. After showering, he examined his body in the mirror, showing the camera his defined abs and muscles.

Afterwards, he put on his glasses and watched TWICE and Wanna One on TV. Lee Seung Gi revealed that he is a big fan of TWICE and later on was extremely happy when he was given the chance to meet them through video call.