After SBS’s “Judge vs. Judge” came to an end on January 11, the cast said their final goodbyes and took a thoughtful look back at their experience filming the courtroom drama.

Actress Park Eun Bin, who starred as judge Lee Jung Joo, remarked that she enjoyed being able to portray a judge in a different light from the usual stereotypes associated with the profession. She commented, “I think [‘Judge vs. Judge’] was an opportunity for me to break people’s fixed perceptions of a certain profession and portray it more freely.”

“It was especially meaningful because it was a genre and a role that I was taking on for the first time,” she added. “As we depicted the process of implementing justice, I wanted to convey the meaning of truth within that process. I truly hope that I was able to convey it to the viewers as well.”

Park Eun Bin went on, “I will dearly treasure all of the emotions that I felt while living as Lee Jung Joo for approximately three months. I think that Lee Jung Joo will remain a part of me, and we will live on together.”

The leading lady also expressed her deep gratitude for the cast and crew, saying, “I want to sincerely thank the director, writer, and staff for working hard in the cold weather. And I also truly thank all the actors with whom I was able to act on set. Thanks to you, I was able to really enjoy working together while we were acting.” 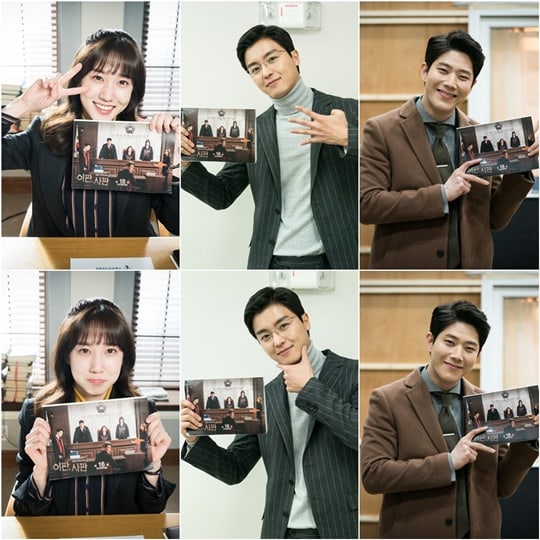 Yeon Woo Jin, who played the uncompromising judge Sa Eui Hyun, commented that his character’s honesty and strict moral code had been refreshing for him to portray. He recalled, “As I played the role of the transparent and steadfast Sa Eui Hyun, I felt as though my mind and body became clearer and purer.”

Additionally, the actor said that the drama had forced him to ponder the true meaning of justice. “‘Judge vs. Judge’ was a particularly meaningful drama for me,” he shared. “I kept thinking and asking myself what proper justice really is. It also gave me the chance to think about my opinions on various social issues.” 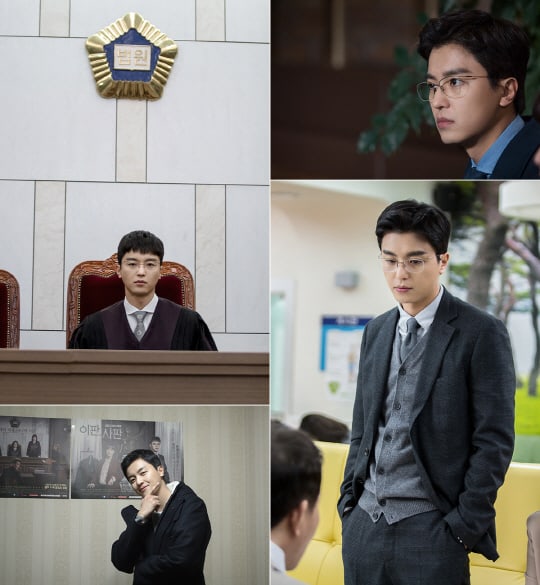 Yeon Woo Jin also revealed what he found hardest about his role—namely, the legal jargon used throughout the drama. “While playing Sa Eui Hyun, I encountered some difficulties because I wasn’t familiar with the difficult words and legal terms specific to the profession of judging,” admitted the actor. “But I worked hard to prepare and enjoyed the filming process.”

Dong Ha, who played the “mad dog prosecutor” of the violent crimes unit, expressed that he was sad to have to let his character go. “I fell more and more deeply into the character of Do Han Joon towards the end of filming,” he explained. “It feels like the drama ended just as I finally became fully immersed in the role, so I feel bittersweet about having to send Han Joon off like this.”

He continued, “Although I still have a lot of regrets, I think it’s time for me to bury the character of Do Han Joon in a deep place within my heart. Because ‘Judge vs. Judge’ was my first leading role, it was even more precious to me, and I think that it’s a drama that I will remember for a long time. I hope that the viewers remember ‘Judge vs. Judge’ and Do Han Joon for a long time as well.” 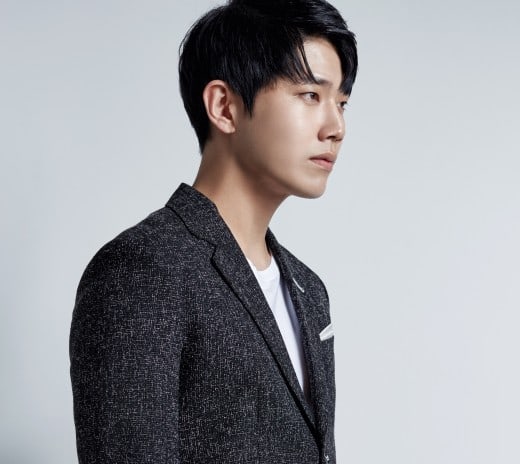 Kim Hee Jung, who played Lee Jung Joo’s mother in the drama, said that she couldn’t believe it was already over. “It seems like just yesterday that we had our first day of filming in October of last year,” she lamented, “and suddenly the year has ended and it’s already time to air the finale. I want to express my gratitude to the many people who have given their love to ‘Judge vs. Judge.’”

Bae Hae Sun, who played judge Moon Yoo Sun, agreed, “My first emotion at having to say goodbye to ‘Judge vs. Judge’ is a flood of regret.”

Actor Lee Moon Shik, who played chief judge Oh Ji Rak, remarked, “I want to say thank you to the actors and staff that worked hard for three months, even in the cold weather.”

Heo Joon Suk, who played law school student Ha Young Hoon, shared, “[Filming for ‘Judge vs. Judge’] was a valuable time in which I learned and experienced many things as an actor. I want to sincerely thank all of the staff, the director, the writer, and the actors who worked hard and made it possible for us to wrap up the drama successfully, as well as the viewers.” 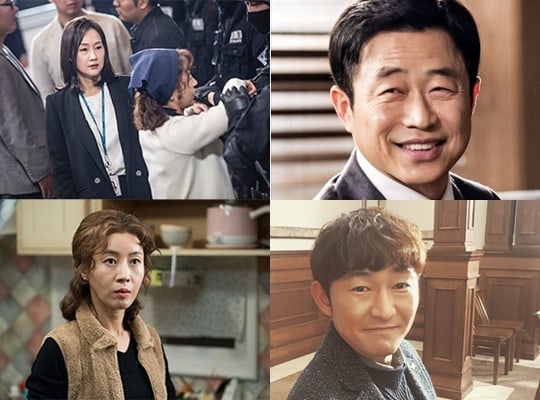 After this week’s conclusion of “Judge vs. Judge,” SBS’s new mystery drama “Return” will be taking over its time slot, starting on January 17 at 10 p.m. KST.

Are you sad to be saying goodbye to “Judge vs. Judge”? Leave your thoughts below!

If you haven’t seen it yet, you can check out the drama’s finale here: