Producing director (PD) Na Young Suk made the “New Journey to the West 4” cast laugh by bringing up the possibility of a “My Ugly Ducking” spin-off for Eun Ji Won.

On January 9, tvN aired a special director’s cut episode of “New Journey to the West,” which included some behind-the-scene stories from “Kang’s Kitchen” and WINNER’s “Youth Over Flowers.”

This particular episode showed the cast of “Kang’s Kitchen” having a celebratory meal with the 100,000 KRW (approximately $94) profit they made from the restaurant. 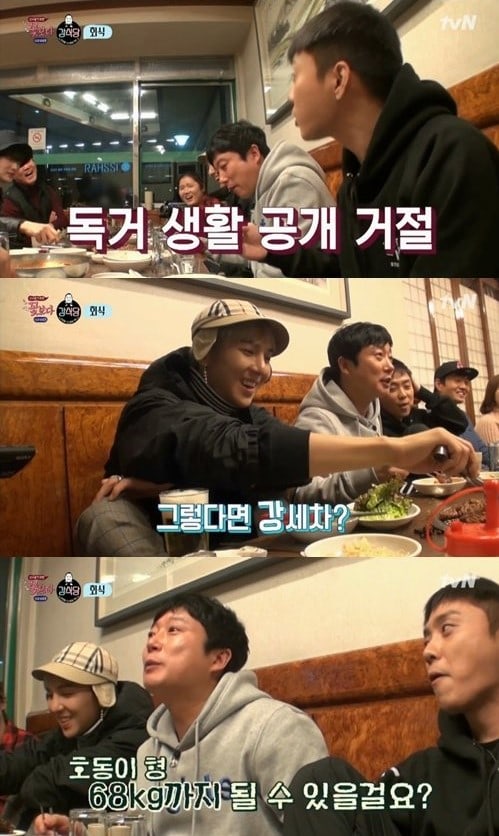 The rest of the cast remarked, “We are looking forward to Eun Ji Won’s ‘Ugly Duckling That Lives Alone,’” adding another reference to the MBC variety show “I Live Alone.”

Eun Ji Won jokingly responded, “I’ll just be ugly on ‘New Journey to the West,’” a play on words referring to “My Ugly Duckling.”