See Also: UEE, Kim Kang Woo, And More Are Dedicated To Their Characters Behind The Scenes Of “My Husband, Mr. Oh!”

“My Husband, Mr. Oh!” will tell the story of a woman in her mid-30s named Han Seung Joo (played by UEE) who gets married to an innocent hermit named Oh Jak Doo (played by Kim Kang Woo) just to obtain the social status of a married woman.

The released posters preview Kim Kang Woo and UEE’s sweet romance as a couple, as well as the comical chemistry of the four characters.

In the first poster, Han Sun Hwa, Jung Sang Hoon, and UEE have tied Kim Kang Woo up with red tape. The different outfits and facial expressions of each character show their different motives for wanting Kim Kang Woo for him or herself.

The next poster shows the three characters trying to take Kim Kang Woo for themselves once again. However, UEE has him over her shoulder and winks in confidence while Kim Kang Woo looks to be asking for help. This hints at the different dynamics of this couple, which was previously highlighted as something to watch for in the drama. 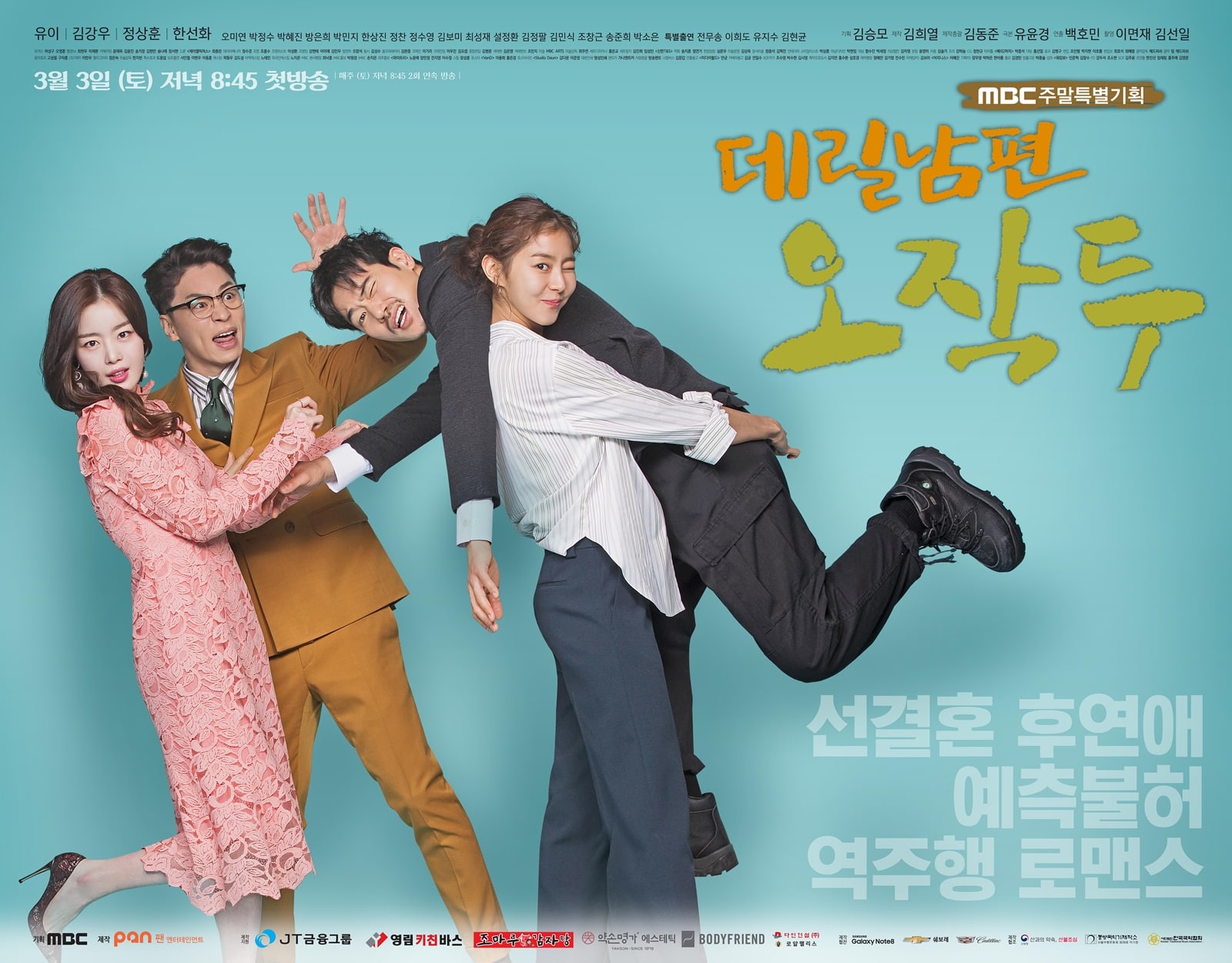 In the final poster, Kim Kang Woo and UEE are dressed in wedding attire as the groom and bride respectively. However, the contrasting backgrounds behind the two characters give viewers a peek at their opposite personalities and lifestyles.

Next to Kim Kang Woo are the words, “Why are you doing this to me?” in a country dialect, while the words next to UEE says, “I caught you!” 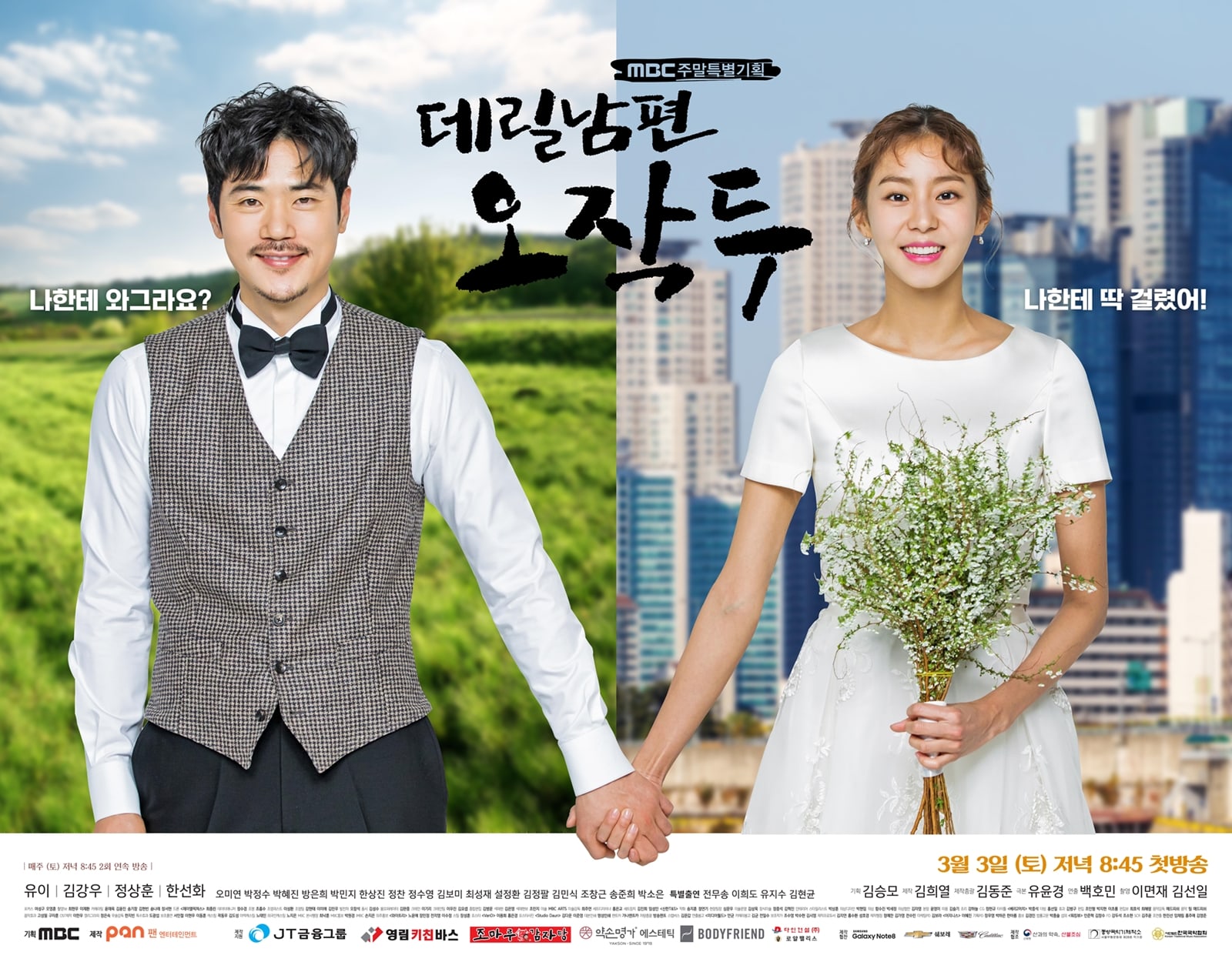 What will happen when an innocent man from the country meets an ambitious city girl? Find out when “My Husband, Mr. Oh!” premieres on March 3 at 8:45 p.m. KST. It will be available on Viki!