Yoo In Young is full of charisma as Baek In Ha in the upcoming movie “Cheese in the Trap.”


See Also: Park Hae Jin Gets Into Character For “Cheese In The Trap”

“Cheese in the Trap” is the film adaptation of the webtoon of the same name, and is a romance thriller about Yoo Jung (Park Hae Jin), the perfect guy who has a hidden side to him, and Hong Seol (Oh Yeon Seo), a female university student who’s ordinary, but full of charm.

On February 27, Little Big Pictures revealed still images of Yoo In Young getting in character for “Cheese in the Trap.”

The released images show Yoo In Young’s transformation into the chic Baek In Ha. Baek In Ha plays a critical role between Yoo Jung and Hong Seol, and was quite loved by fans of the original webtoon. There was previously a lot of interest regarding Yoo In Young’s casting as Baek In Ha, as the actress is thought to have a similar appearance and aura to the character.

As the girl-crush character of Baek In Ha, Yoo In Young will be significant in the development of the relationships between Yoo Jung, Hong Seol, and her brother Baek In Ho (Park Ki Woong). 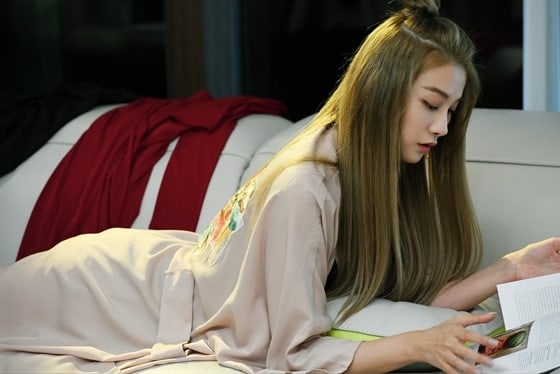 “Cheese in the Trap” will be released in theaters in Korea on March 14.