The cast of “I Live Alone” was shocked to see how Han Hye Jin and Jun Hyun Moo had been hiding their relationship in plain sight!

In the latest episode of the show, the cast watched footage from a trip they took to Los Angeles. While in the studio, they saw themselves on the plane, with Jun Hyun Moo and Han Hye Jin sitting across the aisle from each other.

As their trip took place before the news of their relationship came out, they were keeping thing secret from the cast. However, before the plane took off, Jun Hyun Moo was caught on camera trying to get Han Hye Jin’s attention as he tapped on his phone, seemingly encouraging her to check her messages.

The studio burst into chaos at the sight, with Park Na Rae standing up and yelling, “Time out! Time out!” As everyone was looking at the video in disbelief, Jun Hyun Moo tried to get them to let him explain.

Gian84 and Park Na Rae accused the pair of using morse code to communicate, with Park Na Rae having to be held back by Han Hye Jin as she got dramatic about how they’d all been fooled by the couple. 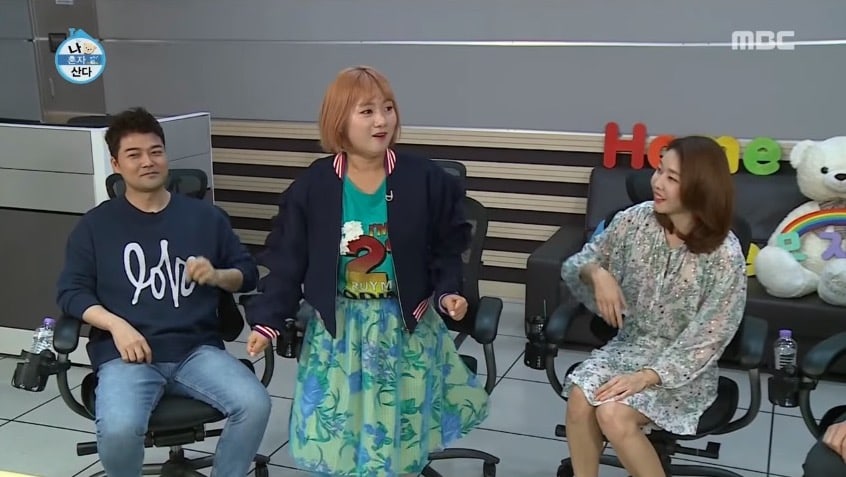 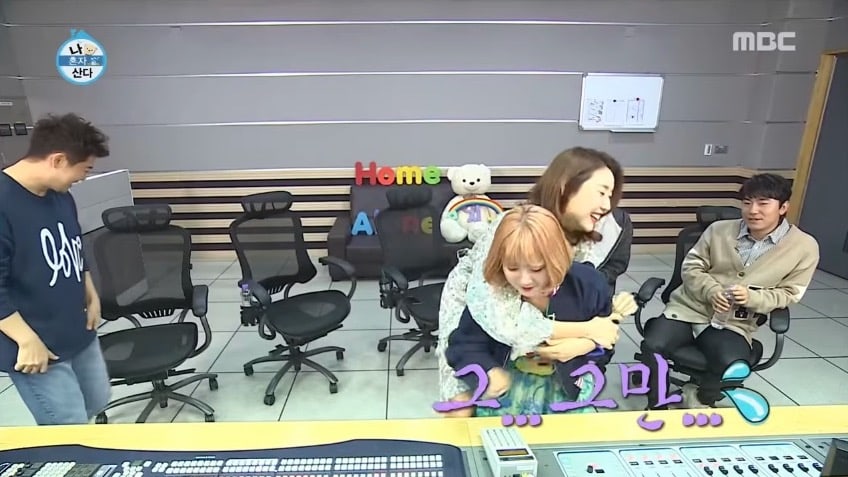 Park Na Rae particularly had a lot to say about the fact that they’d been doing that while Han Hye Jin and Park Na Rae were sitting side by side, joking that they must have been planning to get away on their own.

“It was the two of us that were sitting together!” she said, continuing to protest.

“How much must he have wanted your seat?” replied Han Hye Jin, sending everyone into another round of laughter. Park Na Rae got up again to pretend to be Jun Hyun Moo tapping out the message, “Send Na Rae away.”

Lee Shi Un then asked them if they’d kept sending messages to each other, and the couple confirmed that they had. The show shared footage of both of them typing away on their phones, with Han Hye Jin smiling and Jun Hyun Moo stealing glances at her. 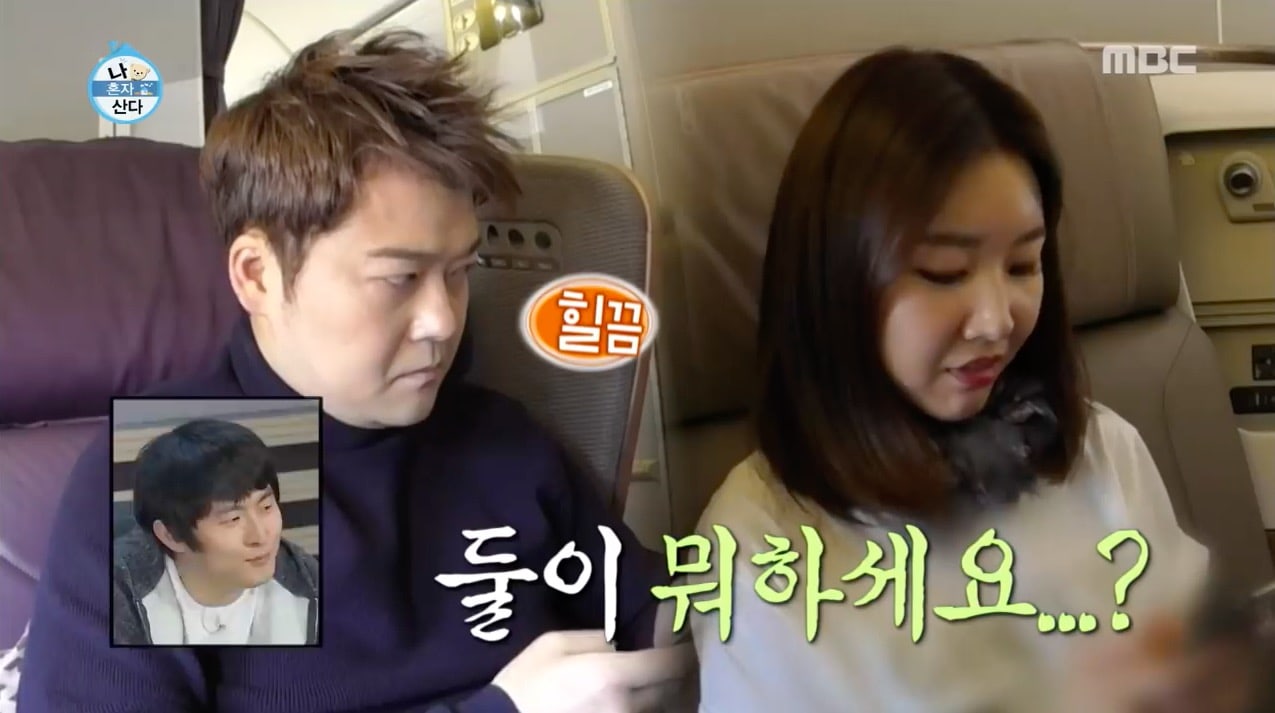 “I Live Alone” cast members Han Hye Jin and Jun Hyun Moo confirmed that they are dating last month, and have since talked about the story behind their relationship on the show.

Watch “I Live Alone” below!