MBC’s upcoming drama “Come and Hug Me” released stills of Jin Ki Joo transformed into a woman struggling to become an actress.

“Come and Hug Me” is a romantic drama that centers around Chae Do Jin (Jang Ki Yong), a policeman who is also the son of a psychopath serial killer, and Han Jae Yi (Jin Ki Joo), who is the daughter of one of the victims. Chae Do Jin and Han Jae Yi were each other’s first loves when they were young. When they encounter each other again, they learn to heal each other’s wounds.

Jin Ki Joo plays the role of Han Jae Yi, the female lead who struggles to become a successful actress following her mother, a famous actress herself. She has a bright, energetic personality with a strong will. However, Han Jae Yi still suffers from insomnia and symptoms of PTSD whenever she comes close to an experience that reminds her of her traumatic past.

In the released pictures, Han Jae Yi is wearing worn-out clothes with her hair plaited into long braids. Yearning to become an actress, Han Jae Yi gets the opportunity to act as maid Yoon Duk on the drama “Secret Love in Kyungsung” (literal translation).

Although her role is minor, her passion for acting is impressive. One still shows Han Jae Yi looking over the production staff’s shoulders to monitor her scene while another shows her asking if she could try the scene one more time. 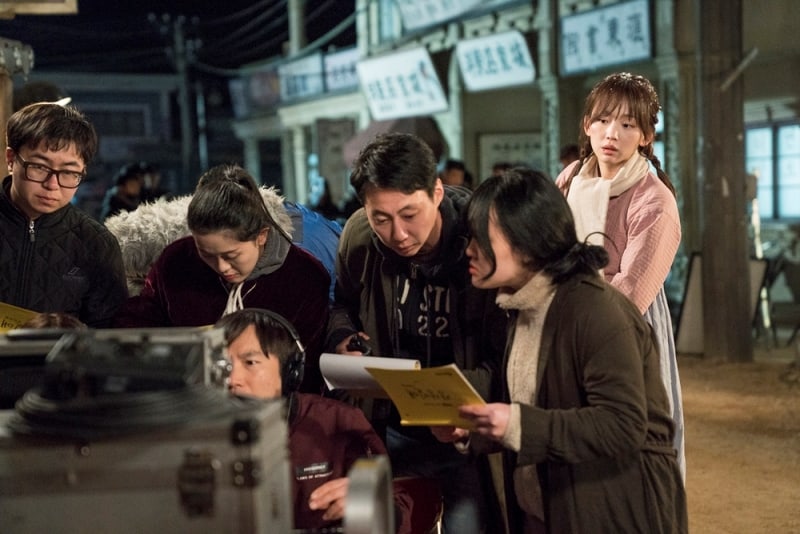 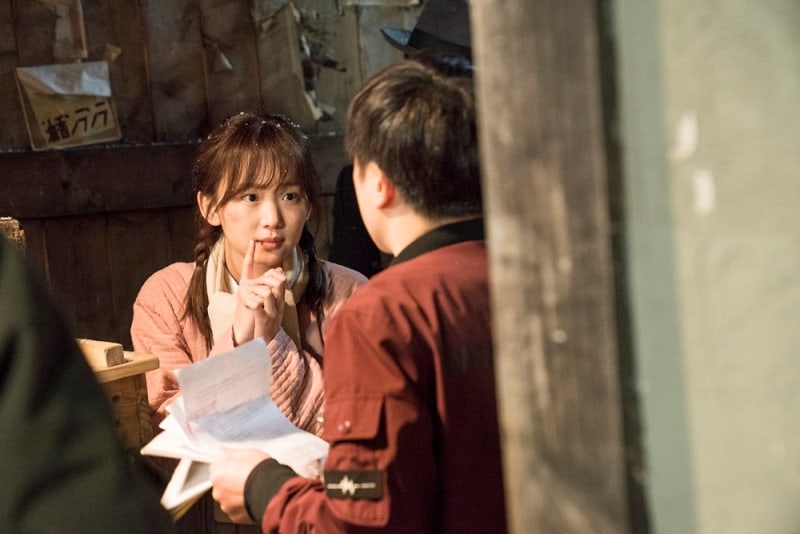 Han Jae Yi also keeps her scripts close to her at all times, holding on to them even as she lies on the sofa.

Han Jae Yi has a dark past, as she lost both her parents to a psychopath serial killer. Even as she suffers from PTSD, she still opens up to Chae Do Jin, who is both her first love and the son of the murderer. The early episodes of “Come and Hug Me” will follow the events that take place as she works as an actress, hiding her past from others.

Just like Han Jae Yi who holds on to her script wherever she goes, Jin Ki Joo is also reportedly attached to her role as Han Jae Yi. Always bright and smiling, she is said to add energy to the entire staff with her bubbly personality.

The production staff of “Come and Hug Me” shared, “Jin Ki Joo plays the role of actress Han Jae Yi who is the daughter of the victims killed by a psychopath. We’re discussing with director Choi Joon Bae and trying to create a charming character.” They asked viewers to look forward to the bittersweet past of Chae Do Jin and Han Jae Yi, as well as their reunion.

Check out the teaser clip here!