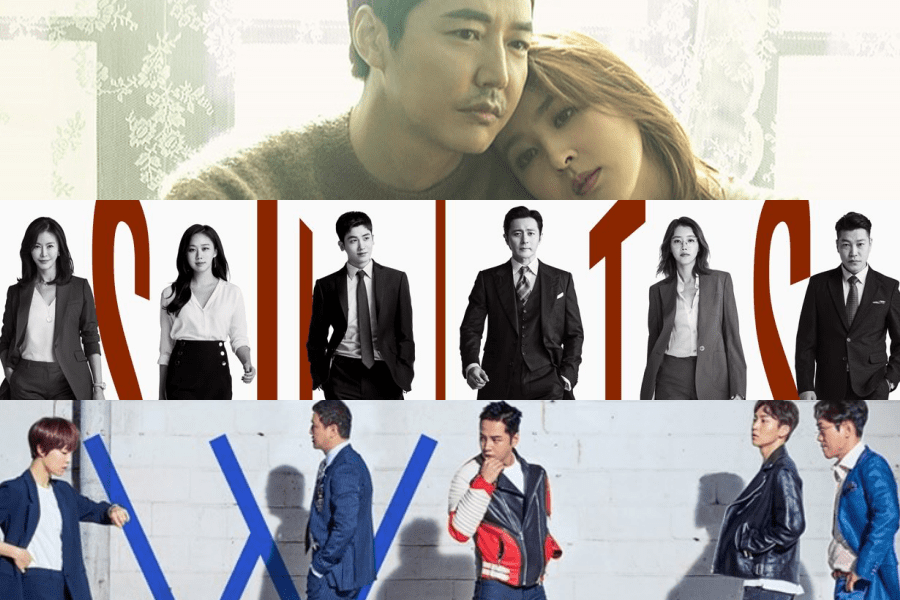 A remake of a popular US television series of the same name, the drama premiered on April 25 as KBS’s newest Wednesday-Thursday evening drama. The first episode explored Choi Kang Suk (Jang Dong Gun) and Go Yeon Woo (Park Hyung Sik)’s intense first meeting. Go Yeon Woo is mistaken as an applicant for a position at the law firm Choi Kang Suk works at despite his lack of a college degree and license to practice law, but things take a quick turn when he is caught with drugs in his bag.

According to Nielsen Korea, the “Suits” premiere recorded viewership ratings of 7.4 percent nationwide. This is higher than the premiere of “Mystery Queen 2,” which saw a rating of 5.9 percent, but slightly lower than its finale, which marked 7.8 percent. “Suits” also notably premiered in first place, beating out its SBS and MBC competitors.

SBS’s “Switch” brought in ratings of 5.1 percent and 6.4 percent with its April 25 broadcast, making it second in this time slot. MBC’s “Hold Me Tight” was in third place with viewership ratings of 3.2 percent and 3.6 percent.

Check out the latest “Switch” episode below!