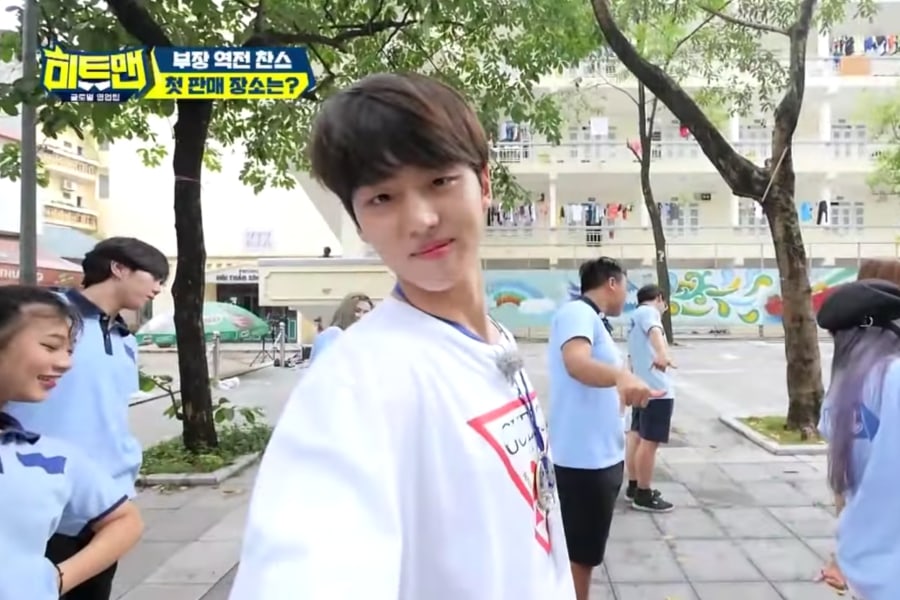 “Hit Man” is a travel variety show where celebrities form a global sales team and travel to other countries to introduce Korean products to international consumers.

Hongseok and Kriesha Chu joined in on the fun. Hongseok performed PENTAGON’s “Shine” with the students and smiled as he danced along. Kriesha Chu also showed off her powerful moves.

During his interview, Hongseok said, “It was really fun and I was proud that many people like [Hallyu] and covered PENTAGON’s ‘Shine’ overseas.”