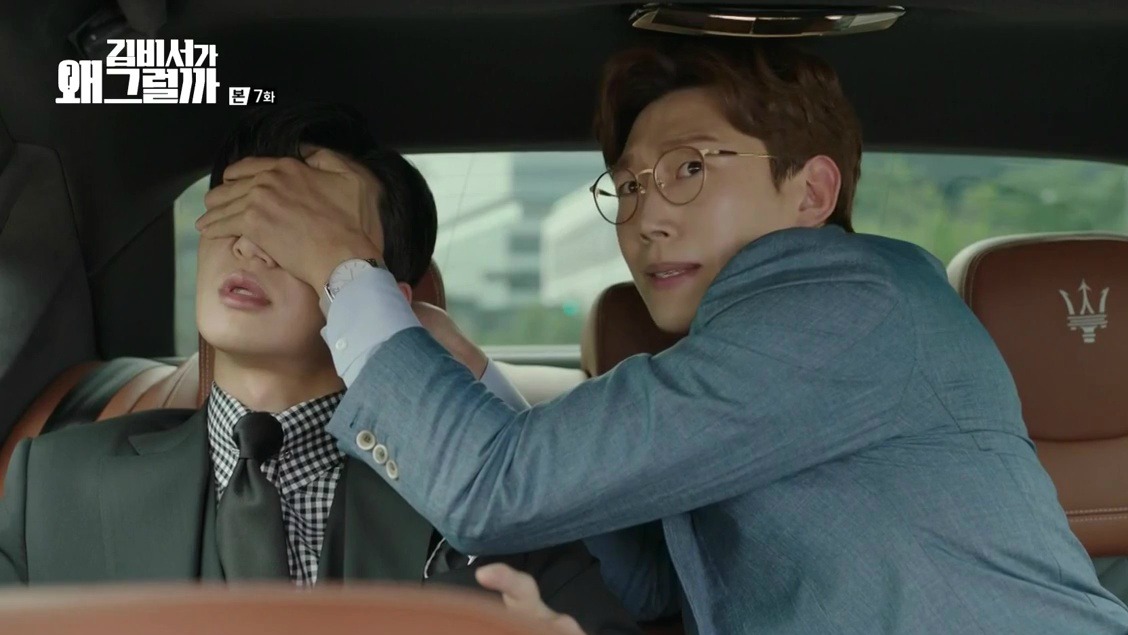 What’s Wrong With Secretary Kim: The brothers posturing in front of each other is getting old really fast; I could do without the whole childhood trauma storyline altogether, even though I know that would technically leave the drama without conflict. But honestly I just don’t care about anything other than Park Seo-joon’s hilariously failed attempts at confessing, and Park Min-young’s array of appalled expressions every time he says a new dumb thing. Thankfully for us, that happens often.

Life on Mars: I can’t pick what I like best about last week’s episodes. Is it Tae-joo taking care of a tiny Tae-joo? Tae-joo meeting his hapless dad and seeing what a great dad he was anyway? Kang Dong-cheol’s thick layer of grump starting to crack and show the marshmallow ajusshi underneath? Miss Yoon finally getting more recognition for her awesomeness? Can someone remind me why we even need to return to 2018?

What’s Wrong With Secretary Kim: I’m a bit behind on this one but still watching for Mi-so’s and Young-joon’s cute push-and-pull. I get so frustrated that he can’t just tell her he’s the real Oppa though. And when I get frustrated, I tend to nitpick at other things… like the fact that Lee Tae-hwan just isn’t doing great as the swoony older brother. Then I look at how awesome Kang Ki-young is and remember how he managed to shake my heart while going against Lee Jong-seok’s hottest role yet in W and I can’t help but wish for a casting switch.

Naked Fireman: Don’t let the weird name and melo-looking poster put you off. Yes, this four-episode show has fires and murders and mystery, but it also has Lee Jun-hyuk being a goofy fireman who loses his temper in funny ways when people get in the way of his saving lives. Oh, and there’s a decent plot too. Don’t take my word for it. Ask around. Google some spoiler-free reviews. Just remember to add the kdrama keyword when typing that title into the search bar. Don’t say I didn’t warn you!

Investigation Couple: I’m still with this one, but there hasn’t been much content of late. The truth of the romantic triangle between Baek-beom, his girlfriend, and best friend is what keeps me coming back; I want to know what really happened back then. Unfortunately, Investigation Couple is on the verge of derailing over the best friend’s revenge-driven brother, who is using his position as lead prosecutor to satisfy his vendetta against Baek-beom. He’s so emotional that it’s impossible to view him as an accomplished prosecutor and my disappointment in this character, and the direction of the story in general, has me hanging on by a thread.

Miss Hammurabi: I’ve been mostly disappointed by the romantic dramas that I’ve been watching so for now, they’re all on hold. In their place I decided to check out Miss Hammurabi, solely because of Sung Dong-il, who I expected would play a crusty, grumpy judge with a heart of gold, and I wasn’t wrong. I could watch him all day long and his presence got me through the first couple of episodes where I felt as if the emotional angle of the drama was overwhelming. I appreciate when dramas move me, but prefer when it feels more subtle, not as obvious as in Miss Hammurabi. I stuck with it and after five episodes, find that L, as Ba-reun, provides much needed balance for rookie judge O-reum, as she fights to have her voice heard. Their back and forth offers a robust discussion of their cases and gives Sung Dong-il the chance to do what he does best—offer paternal guidance, as he mentors his junior judges.