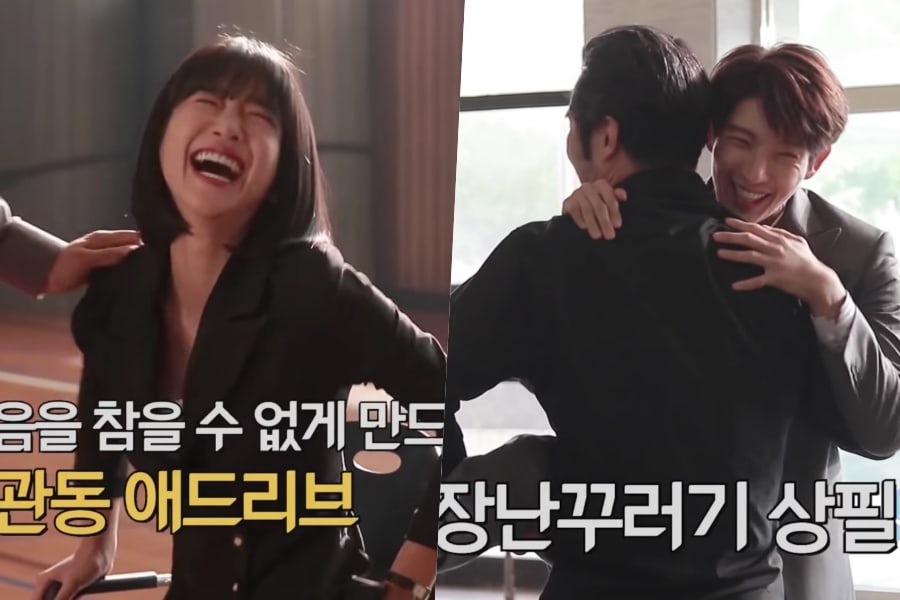 The clip starts out with Choi Dae Hoon and Seo Ye Ji rehearsing together. The actress had a hard time holding in her laughter due to her co-star’s witty ad-libs.

Although Seo Ye Ji shook with fear while holding Choi Min Soo’s gun when the cameras were rolling, the actress playfully posed with the prop between takes. Lee Hye Young also showed up to the set and flashed a bright smile at the camera.

Lee Joon Gi and Choi Min Soo later went on to practice their fight scene. After they focused on synchronizing their moves, they began joking around together. Lee Joon Gi’s playful antics continued throughout filming, bringing laughter to the set.

Check out the behind-the-scenes video below!

If you haven’t already started watching the drama, you can check out the first episode here: