Ooh, this sounds interesting! The upcoming revenge drama Room No. 9 from tvN has cast its main leads and supporting actors. Everything centers around veteran actress Kim Hae-sook’s (About Time) character, a unique villainess who is in line for death row. She meets Kim Hee-sun (Woman of Dignity), a Machiavellian but beautiful lawyer, when fate plays a dirty trick and switches the two. And the key of this fate seems to lie with one man, played Kim Young-kwang (Lookout).

Prisoner Kim Hae-sook is the infamous killer behind the “Poison Serial Murder” case that gripped the nation. Having waited 33 years for her execution date to be set, she has all but given up on life. But a godsend comes her way and she’s given a chance at a new life as a beautiful, intelligent lawyer. Nicknamed “Icon of Rudeness,” lawyer Kim Hee-sun is the type of person who shamelessly flatters the powerful, while completely ignoring the weak. Not exactly a role model to follow, but it has worked for her so far — her winning case rate is a whopping 100 percent. But will that mindset and personality be able to survive prison?

The Kim Hee-sun/Kim Hae-sook combination is a powerful female duo for sure, but I’m also really digging this supporting cast lineup. Kim Hee-sun’s lover, played by Kim Young-kwang, is an outwardly sweet family psychiatrist and a charmer, but his warm exterior hides an inner dark side. But the real villain in all this seems to be the character played by Lee Kyung-young (Misty), a sociopathic CEO hiding a secret from his past. He used Kim Hae-sook to create a new life for himself, and threw her away without an ounce of remorse once he was done with her. 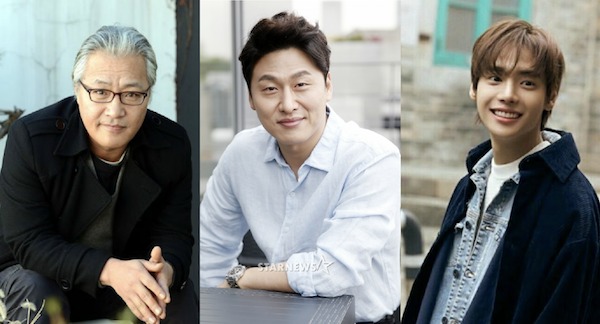 On the law enforcement side, Oh Dae-hwan (Life on Mars) plays an investigator who was demoted after a previous encounter with Kim Hee-sun, and he has been looking forward to a chance at revenge ever since. But when he meets her again, he’s surprised by her suddenly changed warm demeanor. Then, there’s Jung Je-won (of Hwayugi, also known as singer ONE), playing a genius of geniuses, at the top of the 0.01% world’s most intelligent. However, he can’t control his own emotions and lives a lawless lifestyle. His behavior is furthered by the fact that he is spoiled rotten as the only son and heir of his father, Lee Kyung-young.

PD Ji Young-soo of melo Falling for Innocence and corruption drama Big Man will be directing, while writer Jung Sung-hee of sageuks Master of Trade—Inn 2015 and Ja Myung Go takes the script. To be honest, this is a little conflicting because the casting seems phenomenal and I’m excited to see the dynamic interplay between veteran actors Kim Hae-sook and Lee Kyung-young, but I wasn’t a fan of Big Man or Master of Trade—Inn 2015. I’m hoping PD Ji will find a fresh and compelling angle to “life reset revenge drama” Room No. 9, so my fingers are crossed!

Saturday-Sunday drama Room No. 9 will begin airing in September, after the conclusion of Mr. Sunshine.