[Traveling the world with dramas] Expertly young at heart

When I first read the theme of the month, I immediately knew I wanted to write for it. I love traveling and have so since long before becoming a K-drama addict. All watching K-dramas has done has expanded my travel wish list. Which led to the conundrum: Where to start writing about it? Should I talk about how Goblin fed fuel to my already existent desire to venture across the northern border and visit Quebec? Should I focus on the place from You From Another Star that Do Min-joon whisked Chun Song-yi away to that was so unearthly beautiful he was able to briefly convince her they were on another planet? It was hard, because I lacked actual experiences but still wanted to come up with an answer that was both heartfelt and perhaps somewhat unique.

But the more I thought about it, the more I kept circling back to one particular subject. It connects not just to my personal interests, but also all the way back to my very first K-drama, Full House, which I stumbled upon by accident and enjoyed in isolation, ignorant of the fact that it was part of a wave that I would rediscover and fall completely in love with years later. As it was my first introduction to anything Korean, it was in a way overwhelming because there were so many firsts. But (and this may come across as strange), one of the things I remember most about it years later was the amusement park that features in two episodes. Bear with me; there is a reason for this seemingly shallow fixation in the midst of such a rich culture. 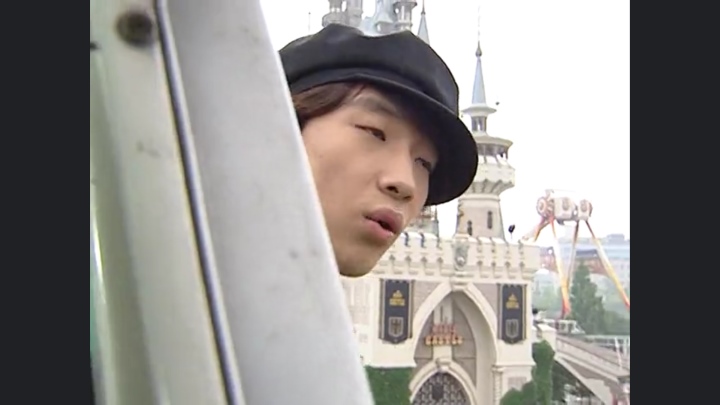 I grew up within driving distance of what is probably the theme park capital of the world, Orlando, Florida. And rather than grow weary of them as I got older, I became and have remained to this day a theme and amusement park connoisseur. Not just of world-famous parks like those of the Disney brand, but all of them, from Disney down to the small traveling, pop-up carnival types, and everything in between. So when the younger me was watching that first K-drama, confused at times by the wholly unfamiliar language, country, traditions, and tropes, I became fascinated by this unexpected landmark of familiarity.

And as I eventually began watching more and more dramas, I was delighted and even more intrigued to see the amusement parks of South Korea show up from time to time in different contexts, sometimes familiar, sometimes existing only in wishful daydreams for most of us.

In Weightlifting Fairy Kim Bok-ju, the amusement park was a place for friends to escape to on a day off from college — a scenario very reflective of my own college experience (although none of those trips doubled as a secret date with a cute swimmer, sadly). In Full House, visiting the park was part of an annual birthday tradition, (once again, very familiar circumstances for me). Full House also showcased a not uncommon reason for an amusement park visit (at least in K-dramas!) as the location for a grand romantic gesture (or at least an attempt at one). It’s a trend that we saw continue not too long ago in What’s Wrong With Secretary Kim, and I don’t know about you, but it delights me every time. That visit also led to the sweet realization of Kim Mi-so’s previously unfulfilled childhood wish to ride the carousel. We even saw an amusement park in an almost meta context as it was used as a filming location in You From Another Star (of course later turning into an iconic romantic moment). 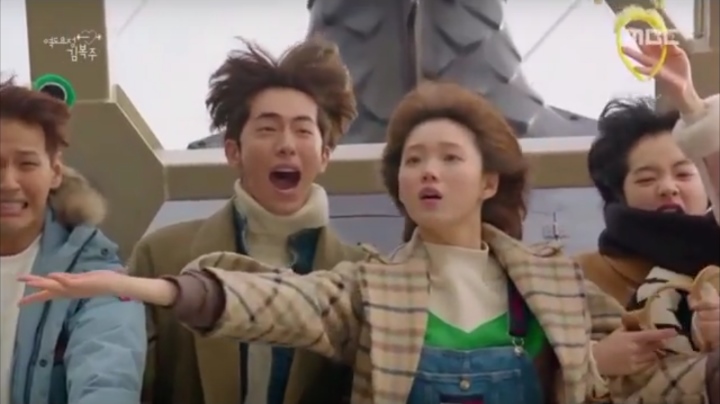 I want to assure you that when I finally get the opportunity to visit South Korea, I will absolutely not be spending all my time in amusement parks; there’s so much else that I want to see and they’re not anywhere near my top priorities. But still, there’s a reason I’m interested in them that goes beyond a desire to visit drama filming locations. It’s the same reason that amusement parks exist in familiar forms across the globe; the emotions they elicit, in the young and young at heart — those feelings are universal. And there may be cynics who sneer at someone who wants to visit other countries’ amusement parks when they seem to be very similar to countless others. But a similar argument could be made by those same cynics about our beloved K-dramas; there are almost always multiple familiar aspects. At a park it might be a Viking ride, whilst in a drama it might be the amnesia trope. And yet, we still can and do enjoy both, because it’s often the arrangement of these familiar elements and the new combinations or unique spins on them that we end up appreciating the most. There’s a beautiful transcendence to the connections that are brought about by such enjoyment, beyond language, culture, and location. At least, that’s how I feel.

So yes, during my eventual journey to South Korea, somewhere in between taking in the sights of Seoul and journeying to Jeju Island, I hope to be able to make some time to experience, say, Everland. My inner child can’t wait.

You From Another Star