The cast of MBN’s “Love Alert” shared their thoughts on their new drama.

Based on a popular web novel of the same name, “Love Alert” is about a star doctor named Cha Woo Hyun (played by Chun Jung Myung) who doesn’t believe in love and top actress Yoon Yoo Jung (played by Yoon Eun Hye) who’s not very good at dating. It will tell the story of these two people as they end up in a fake relationship.

On October 31, the cast attended a press conference for the upcoming romantic comedy.

After apologizing once again for her plagiarism controversy, Yoon Eun Hye said, “After three years, I became a bit older and also became more mature, so I think my way of expression is different. If I felt pressure about giving joy to others in the past, I became more natural at it now.” She also described returning to a drama set after five years as “time that’s like a gift.”

Since “Love Alert” and JTBC’s “The Beauty Inside” both have storylines centered around top actresses, a comparison between the two is unavoidable. “A really long time passed since I chose the drama ‘Love Alert’ as it is pre-produced,” said Yoon Eun Hye. “Many other productions with this kind of topic came out and I couldn’t help but monitor them. [Seo Hyun Jin] is really good at acting and it was fun.”

She continued, “I’m nervous and sensitive since there are similarities, but I noticed differences while watching. Since character Yoon Yoo Jung has to show a different personality in front of her friends, colleagues, and the public, I think I’ll be able to show you a new kind of appearance. Even if it’s a similar topic, you’ll be able to enjoy watching it.”

On the similarities between her and her character, Yoon Eun Hye stated, “We’re similar yet different. Since I’m acting, I do incorporate a lot of my real self [into the character], but Yoon Yoo Jung is more charming. I like that she’s honest and takes on challenges.” 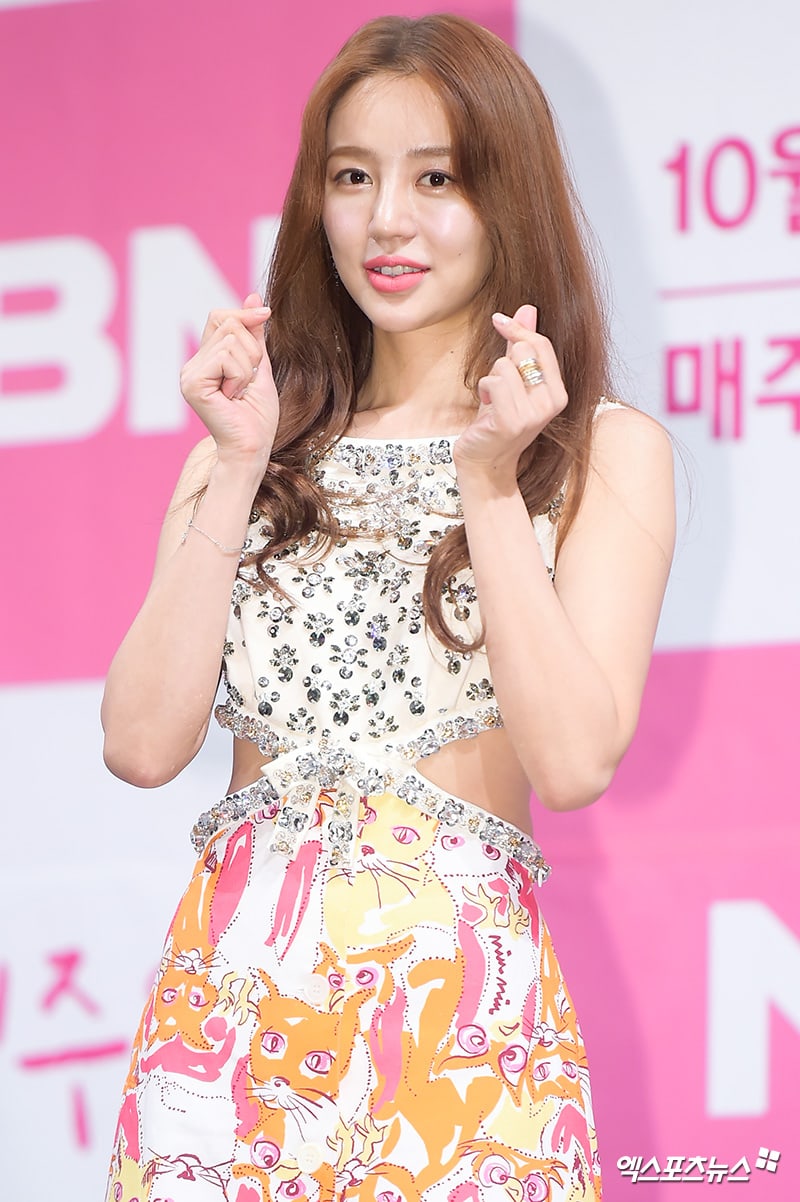 Chun Jung Myung said, “The reason why I chose this drama was because I was looking for something new while looking at scripts and wanted to attempt something new. I wanted to show you a different appearance through ‘Love Alert.’ Since it’s pre-produced, we began filming about two to three months prior. I feel excited because it’s my first drama in a while. I personally had many things happen, but I’m trying to overcome them and have fun.”

About his teamwork with Yoon Eun Hye, he commented, “There are absolutely no problems and we work well together. Since you have to work with people when acting, teamwork is the most important. In terms of acting, we work together to match things up and agree. She listens to me so that I won’t be uncomfortable. If she prepared something, then I go along with that. Yoon Eun Hye is much more prepared than I thought.”

Yoon Eun Hye added, “It was my first time meeting Chun Jung Myung for filming, but he’s really honest and considerate. People usually become careful when you have to look ugly [onscreen], but for the scene where he taught me surfing, he was considerate so that I wouldn’t get hurt. I didn’t know if it was acting or real. It made me think that I could trust and follow him.” 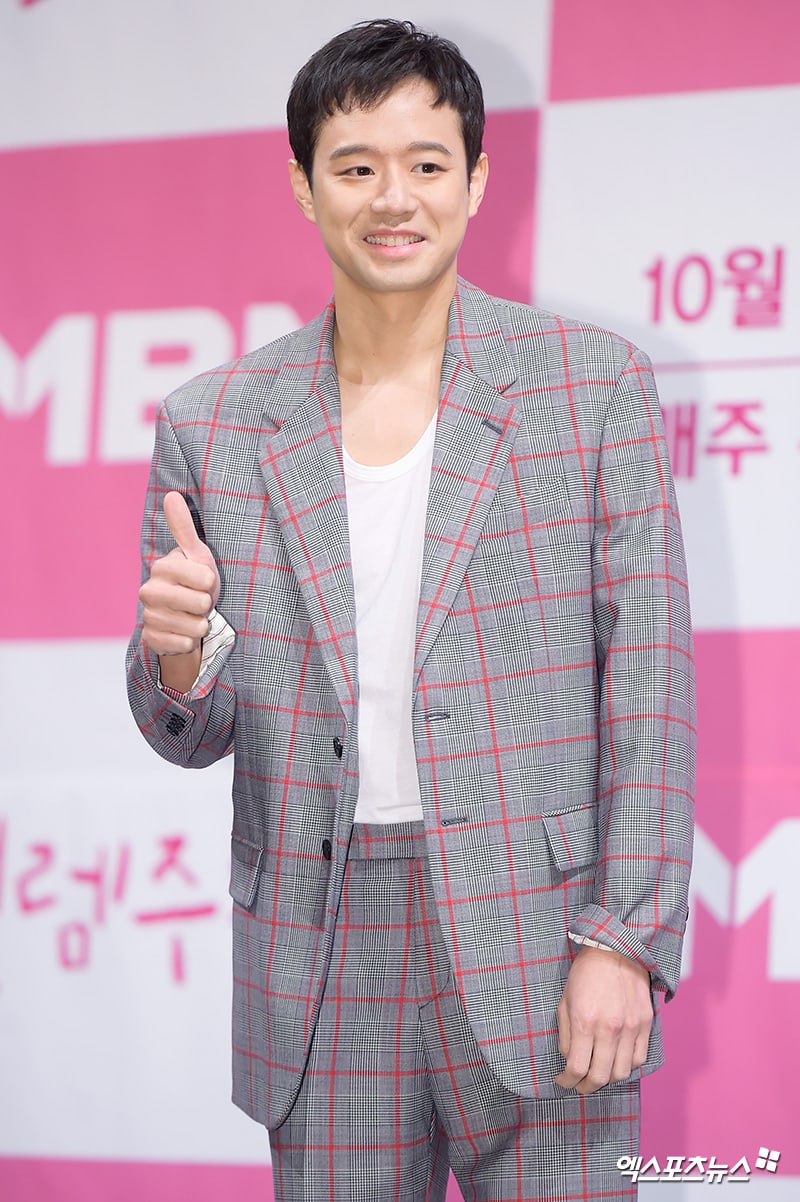 Han Go Eun said, “My image was destroyed after ‘Same Bed, Different Dreams 2: You Are My Destiny,’ but I’m thankful that the viewers are viewing my image in a good way. I worried that I might cause concern, but I think they’re embracing me.”

About her character, she added, “She’s a chic, proud character that I’ve always portrayed that all of you are familiar with. The difference from the past is that this isn’t a melodrama.” On working with Yoon Eun Hye, she stated, “I saw her for the first time in my life. I’m usually shy, but she approached me first so I grew to view Yoon Eun Hye as a real older sister and mom.”

P.O commented, “I hope that [the viewers] will take interest in me and know that the real name of a kid named P.O is Pyo Ji Hoon and that he acts.” The Block B member shared his thoughts on the difficulties of promoting in various areas. “I think all of them are hard, but acting is the scariest,” revealed P.O. “On variety shows, people like you if you’re likable, but in order to gain likability and acknowledgment for acting, you have to work really hard and study. I plan to work harder.”

On his character who has a crush on the lead, Joo Woo Jae said, “He’s a pure character, so I thought that I’d be able to naturally portray him well. The senior actors acted naturally while working with me, so I was able to mold into my character. If any of the viewers have ever had a crush, then I’m hoping that they may cheer for Yoo Jung and Sung Hoon.”

Director Jo Chang Wan added, “I’m working hard to show an angle from the viewers’ perspective. Instead of showing things from an omniscient point-of-view, I filmed while thinking about from which angle the viewers will be able to watch it well.”

He added, “There are many top romantic comedies and I’ll work hard to surpass them, but I don’t know if I can have that kind of effect. However, our story begins with a couple who gets into a fake relationship and shows their growth and excitement through the break-up and attaining love, so instead of comparing it to a big romantic comedy, I think you’ll be able to just simply enjoy watching for an hour.” 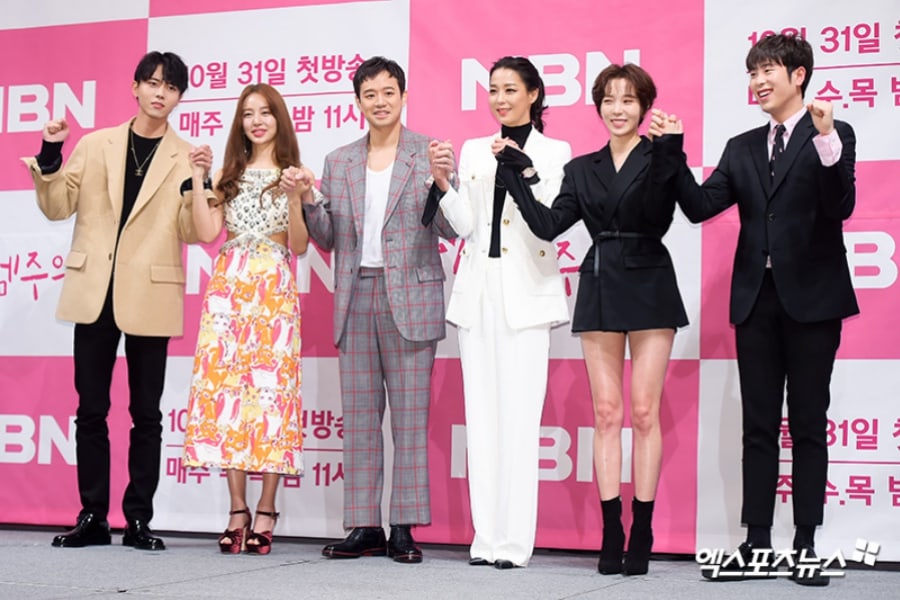 “Love Alert” premiered on October 31 and will air on Wednesdays and Thursdays at 11 p.m. KST. Check out the first episode below!