tvN’s “The Smile Has Left Your Eyes” revealed preview stills of Seo In Guk and Go Min Si.

During episode eight, Park Sung Woong persuaded Go Min Si to turn herself in for association with the murder of a female college student. However, at the end of the episode, viewers were shocked to see Seo In Guk being taken to the police station after being arrested as a murder suspect. Meanwhile, the arrest of both suspects raises questions over whether the murder of the female college student will finally be revealed.

In the released stills, Seo In Guk is being cross-examined as a murder suspect. He looks at the detective with a meaningful look, as if to say he is unperturbed by the questions. The murder evidence of blood-stained envelopes, a trophy used to hit the victim’s head, and a cell phone is especially noticeable on the table. With so much evidence and circumstances pointing to Seo In Guk as the murderer, viewers are wondering whether the course of the case will be changed.

In other stills, Go Min Si looks nervous at the continuous flashes of photography recording her moment of shame. Her eyes are lost, as if she is confused by the countless number of people looking at her. Moreover, her memory of the day of the murder was shattered due to drug addiction. A tense plot development will be revealed on October 31 as viewers will find out whether she will reveal the truth of all the incidents or not. 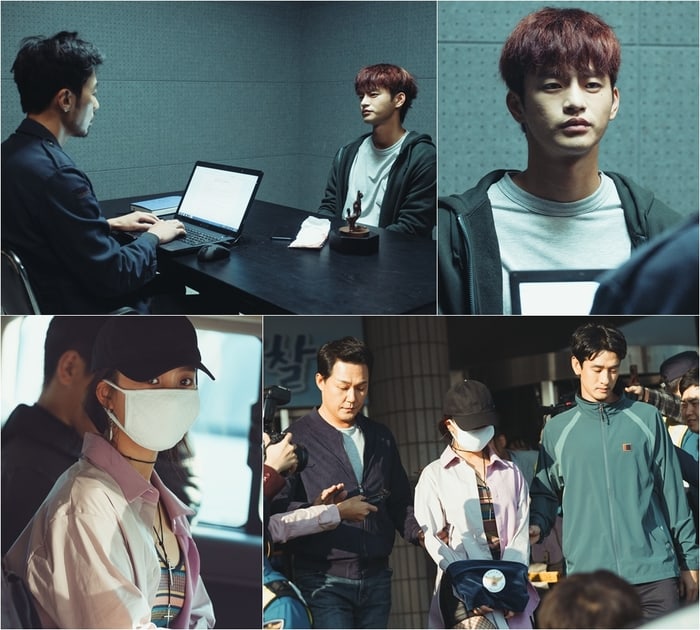 The production crew revealed, “During episode nine that airs today [October 31], everything about the murder of the female college student will be revealed. As the shocking nature of the incident reveals itself, the crisis approaching Seo In Guk and Go Min Si will also escalate. A deadly storm is expected to keep viewers immersed. Please keep an eye on the series as it introduces new shocks and turns.”