The next actor in our spotlight is Hyun Bin, who is currently starring in tvN’s latest drama, Memories of the Alhambra. Born in Seoul, South Korea in 1982, Hyun Bin made his debut in 2003, and met with pretty swift success. His filmography is filled with a lot of successful projects and acting awards.

His claim to fame came in 2005 with the now classic My Name is Kim Sam Soon, but later dramas like Snow Queen, The World They Live In, and smash hit Secret Garden also won him accolades — and A-list popularity. Hyun Bin is a strong actor, and has succeeded in a lot of diverse roles. He has the uncanny ability to switch between the comedic lead of a light-handed rom-com, to darker and complex roles — so much that it often feels like you’re meeting a completely different Hyun Bin in each of his projects.

Here are some dramaland moments from Hyun Bin, followed by his full filmography. 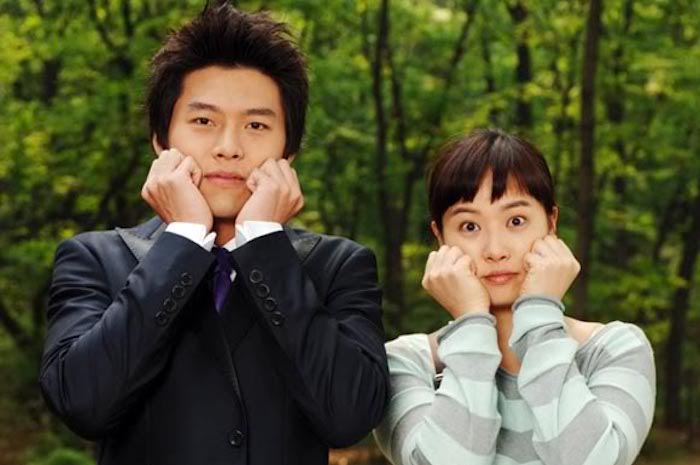 Hyun Bin and Kim Sun-ah starred in this important (and wonderful!) drama that has gone down in history as one of the “essential” Hallyu classics. Hyun Bin played the arrogant chaebol heir running a high-end restaurant, and Kim Sun-ah played the pastry chef who came to work for him. Kim Sun-ah as heroine Sam Soon was one of the best things about this drama — she wasn’t petite and cutesy, and she wasn’t pretending to be. She was a little doofy, and had been kicked in the pants by life a few times. But she had grit and heart and was a heroine you could win your heart. And score Hyun Bin! His character comes to recognize her value all the way from his lofty chaebol perch, and they eventually go from bickering employer-employee, to a couple that understands each other and brings out the best in each other. Classics are classics for a reason, and this show is a really lovely one. If you are not a Hyun Bin fan, this drama will make you one (I’m proof). Special bonus: it makes you want to bake (and then eat) fancy French desserts. 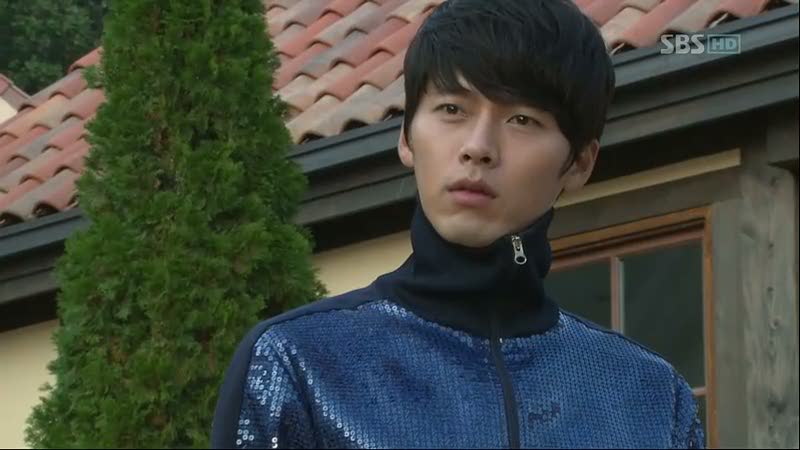 Secret Garden was another huge hit for Hyun Bin, reaching around 40% ratings by the end of its run. Again he played the aloof chaebol, complete with sequined tracksuit, flashy car, and the attitude to match. Much like My Name is Kim Sam Soon, a girl from a world completely different to his own attracted his attention and turned his world upside-down. In Secret Garden though, Ha Ji-won, a badass stunt double, had no interest in his games. Secret Garden is very much a wacky rom-com — especially when the leads start switching bodies, thanks to some strange drama magic. It feels like a Hong Sisters drama, but it’s actually written by Kim Eun-sook, and it’s such an iconic show in Korea that it’s spoofed and given homage to even to this day (my favorite of these being Big Bang’s). Hyun Bin won a Daesang for his performance; I’ve never enjoyed Ha Ji-won more. The supporting cast, Yoon Sang-hyun and Kim Sa-rang also got a lot of attention. And let’s not end this without a shoutout to Ha Ji-won’s stunt manager boss, Phillip Lee, for whom I rooted the entire drama. Third lead syndrome? It’s a thing. 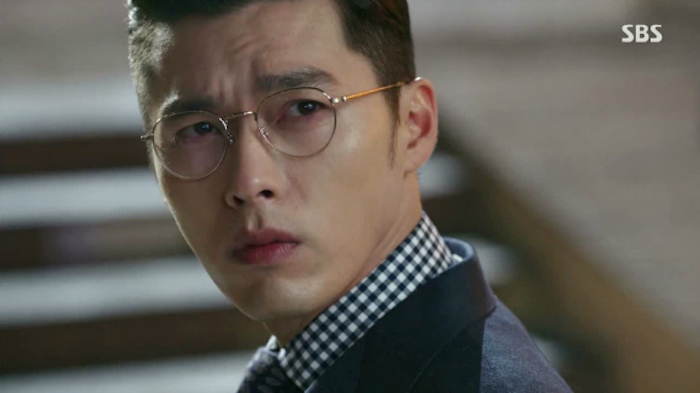 In the year of dual, divergent, and/or multiple personality disorder dramas, Hyde, Jekyll, Me was definitely at the back of the pack. That’s not to say Hyun Bin didn’t give a great performance, starring as both the icy chaebol and the warm and wonderful “Robin” that would emerge when his heart rate got too high (what a fun concept). Which one would the circus troupe heroine played by Han Ji-min meet? The drama posed interesting questions, such as, would the pair be able to unlock the trauma in Hyun Bin’s past? How would they deal — could they deal — with all the entanglements and complications that resulted because of his traumatic past? Though the drama had promise, it got dull pretty fast (for me at least), stuck in a web of predictable plot lines, and it couldn’t compete with the fresher concept and wilder execution of Kill Me, Heal Me. Hyde, Jekyll, Me had some things going for it, though, and that was mostly the cast. In addition to Hyun Bin, Sung Joon and Crinkles (a.k.a. Lee Won-geun) were also present, though not at their best — but I blame the script and not them. 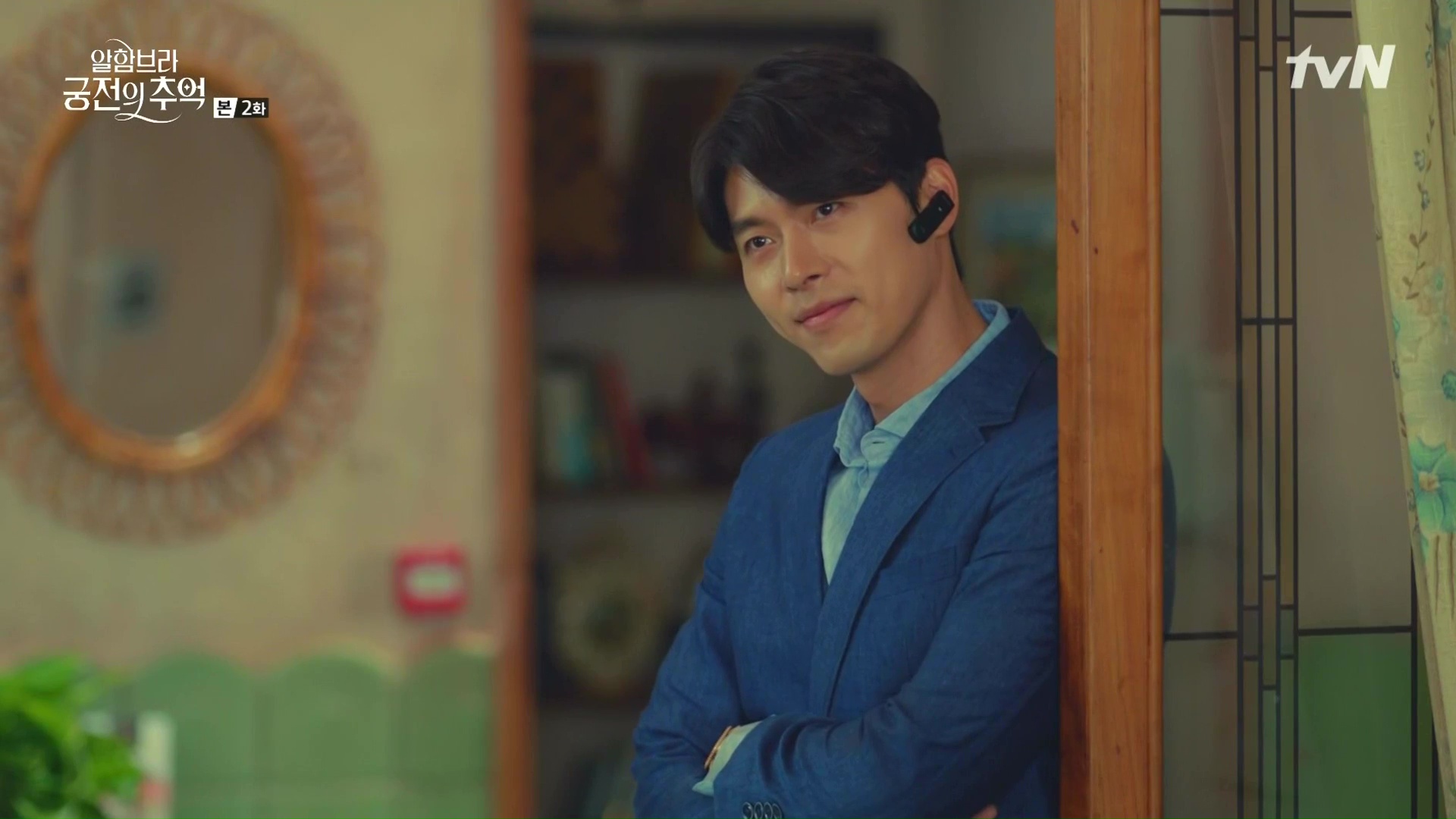 When writer-nim Song Jae-jung pens a new drama, I’m always on alert, and Memories of the Alhambra, is her latest. It’s high on concept and the themes that she frequently explores: lines blurred between realities and timelines. In this drama, Hyun Bin plays the CEO of a company experimenting with a new kind of augmented reality, which opens the door to a whole new kind of gameplay that skirts the line between what’s real, and what’s not. It’s shaping up to be quite a ride! This show is regularly blowing my mind each week with its reveals, reversals, and rule-breaking. I’ve never liked Hyun Bin more — his character in this show is layered, darker, and dare I say, more human, than the other roles I’ve mentioned above. He works really well as the reliable (for now) narrator who is uncovering some pretty scary stuff, and facing a complicated world he no longer knows the rules to. The development of his character from a determined, competitive businessman, to a man haunted and desperate to survive is so well told — and this is just the first half of the drama!

Hyun Bin made his acting debut with a side role as a stalker (!) in this drama about a newly employed bodyguard.

Long-running sitcom famous for giving idols and actors their start. This time it was Hyun Bin’s turn.

Hyun Bin plays a bodyguard (swoon) in this drama about intersecting characters and family members. Also stars Kim Na-young, Kim Min-joon, and Kim Min-jung. The entire cast picked up awards for this drama, including Hyun Bin for Best New Actor.

Hyun Bin has a supporting role in this Ha Ji-won film about a young orphan and her mysterious benefactor.

Classic and wonderful rom-com with Hyun Bin as the chaebol restaurateur, and Kim Sun-ah as the pastry chef. A must-watch for fans of rom-coms (see above).

Hyun Bin cameos in this installment of Nonstop after starring in the previous season.

Hyun Bin and Sung Yu-ri star in this romance melodrama about two reconnecting characters who help each other heal from the past.

Story of the romance between millionaire Hyun Bin and Lee Yeon-hee, a girl with a secret.

Stars Hyun Bin and Song Hye-gyo in a story about the world of Korean drama making. I want to watch this one, but am worried too much satire might squash the K-drama magic.

One of the few early K-dramas that was entirely pre-produced. This one is about a group of friends coming of age on the streets of Busan (Korean version of The Outsiders, maybe?)

Hyun Bin and Lee Bo-young (that sounds like some nice casting!) star in this movie about a psychiatric patient and the nurse he falls in love with.

Body swap rom-com that pretty much made drama history (see above).

This English-language film was a joint project from South Korea, Hong Kong, China, and the U.S. — Hyun Bin and Tang Wei star as a man on the run and a woman on parole.

Art film with long-takes and real-time scenes, starring Hyun Bin as the husband whose wife, Im Soo-jung, announces she is leaving him.

Also known as The King’s Wrath, this period film about King Jeongjo was Hyun Bin’s return project after his military duty, and his first sageuk.

Hyun Bin has multiple personalities and multiple problems in this drama (see above).

Hyun Bin is scruffy, and shooting bad guys while hanging out of a sports car going dangerous speeds in this action film. Sign me up.

Rule-bending, chills-inducing drama starring Hyun Bin as a hero who gets in over his head with an augmented reality video game (see above).