There’s never a dull moment in “The Last Empress,” and we can’t get enough of the show’s epically fast-paced plot. But the drama isn’t all plot twists and shock factor; we are also consistently and pleasantly surprised by how much “The Last Empress” can tug at our feelings. When we’re not gasping at the drama’s twists and turns, we’re constantly laughing, shouting, and crying along with these characters. This week’s episodes were especially full of intense emotional moments, so from devastating deaths to blossoming romances (and bromances!), let’s review the eight best ones!

Warning: spoilers for Episodes 21-24 below!

It would have been a touching moment regardless for Sunny’s dad (Yoon Da Hoon) to meet the former Empress So Hyun’s dad (Kim Myung Soo). But when the two finally do connect, we also learn that they are old friends from their military days, in what might just be the most adorable friendship of the drama so far. 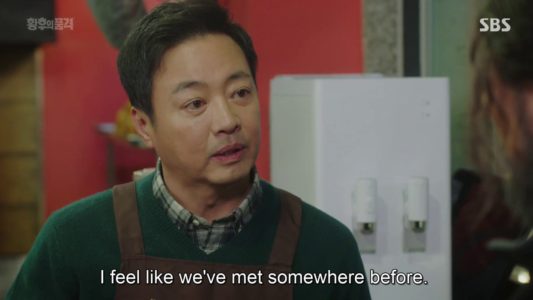 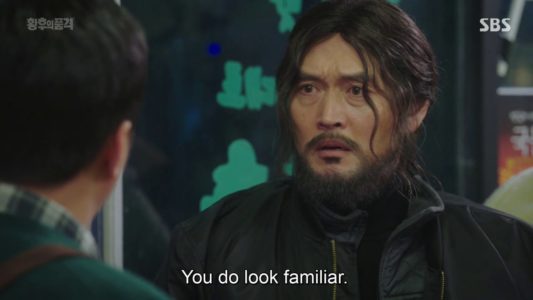 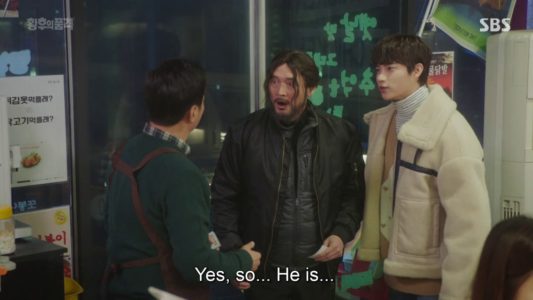 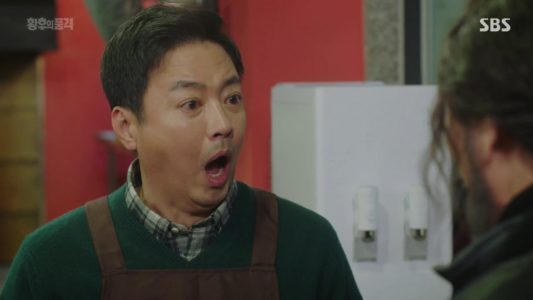 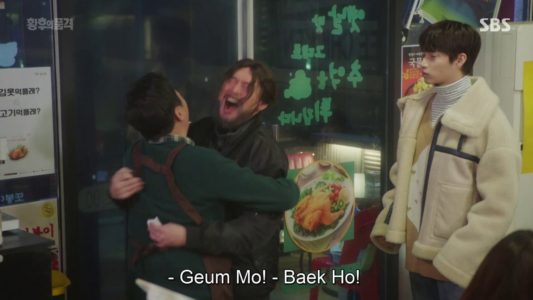 The men are not only old pals, but also share the bond of being the fathers of two wonderful young women who have been married to a monster of a man — and we can’t wait to see how Teacher Byun will help Sunny’s dad to make sure that Sunny doesn’t face the same tragic fate as his own daughter.

The dads aren’t the only ones with a bromance going on, as Emperor Hyuk’s (Shin Sung Rok) love for his bodyguard Chun Woo Bin/Na Wang Sik (Choi Jin Hyuk) grows stronger every day. As much as we dislike Hyuk, we can’t help but feel sad for him that he finally has a friend, for what is likely the first time in his life… but that this friend is secretly trying to take him down. 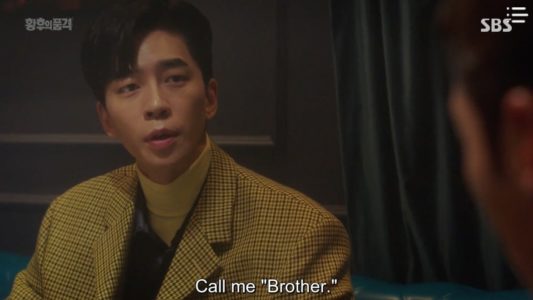 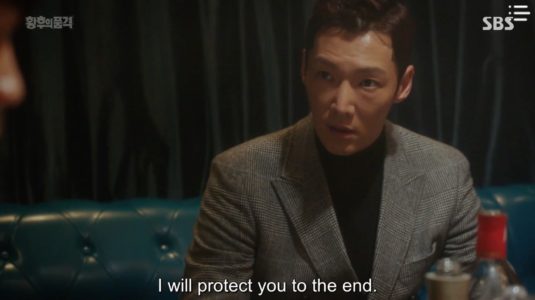 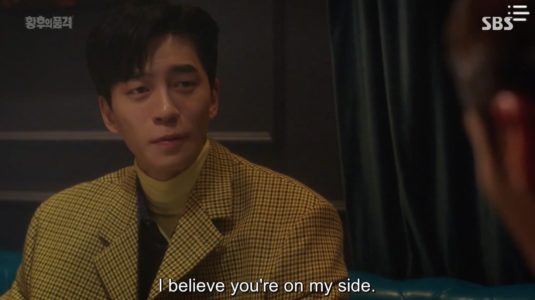 Of course, Hyuk deserves to be betrayed, but that doesn’t make it any less sad that it will be at the hands of the one person he considers a true friend.

Woo Bin and Sunny (Jang Nara) finally know that they are on the same team! And as these two try to stay focused on the mission at hand, it’s cute how they are both so in denial about how much they actually care about each other. 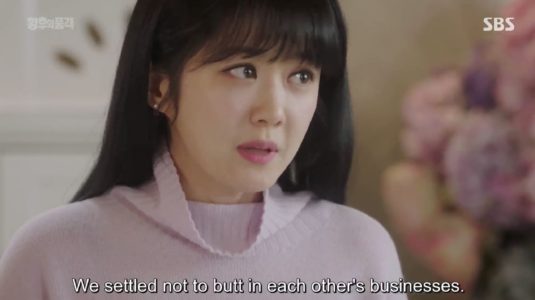 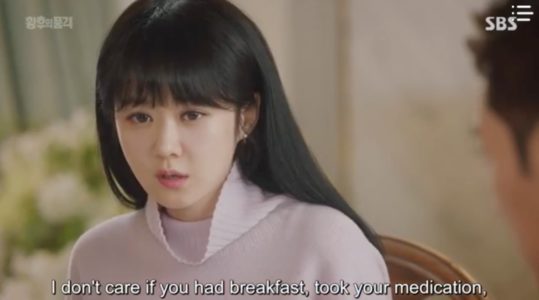 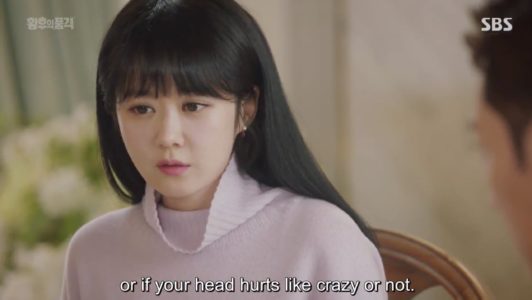 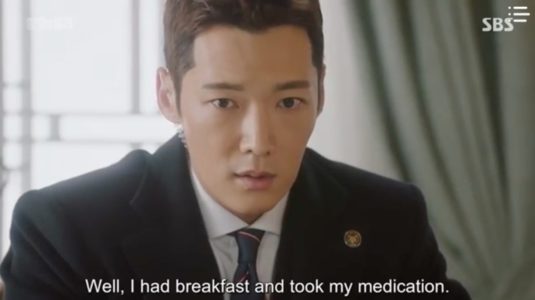 While Sunny and Woo Bin’s relationship is taking small steps forward, we may also have the beginnings of a love triangle on our hands. When Sunny includes Princess Ari and Hyuk as special guests on her vlog “Good Morning Empress,” the family plays a little game together. 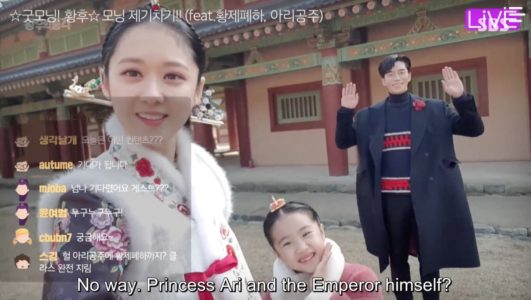 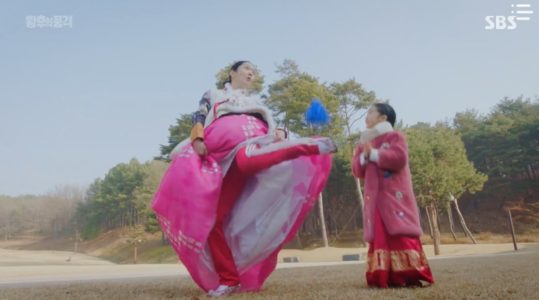 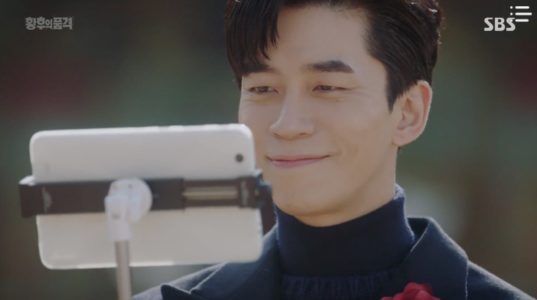 It’s nice to see Hyuk enjoy some real, wholesome fun for the first time in the drama, and it wouldn’t be surprising if he starts to actually feel something for Sunny. Besides her infectious cheerfulness, she is also one of the few people Hyuk can trust to be herself around him: in a weird way, he doesn’t have to worry about her intentions towards him because she has made it very clear how much she hates him!

While Hyuk and Sunny’s married life gets more complicated, their siblings Hello (Stephanie Lee) and Prince Yoon (Oh Seung Yoon) are turning up the heat — and I didn’t know how hard I shipped these two until this happened:

6. When Hyuk murdered Empress So Hyun

Oh, boy. This flashback scene was tough to watch on so many levels. From Hyuk’s paranoia that his previous wife Empress So Hyun (Shin Go Eun) was having an affair… 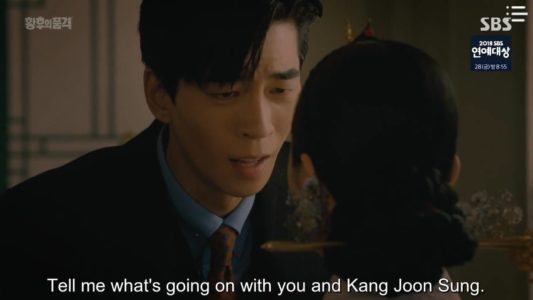 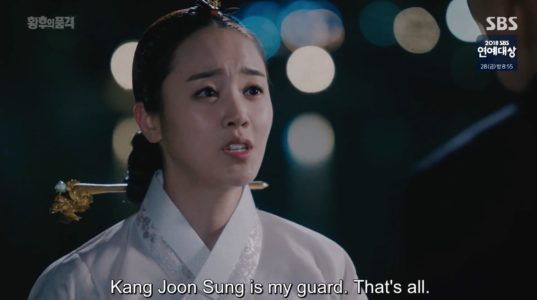 To when he killed her in a horrifying fit of rage… 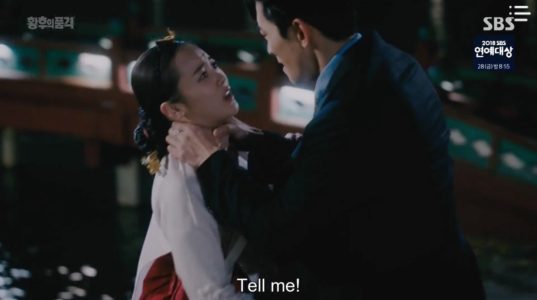 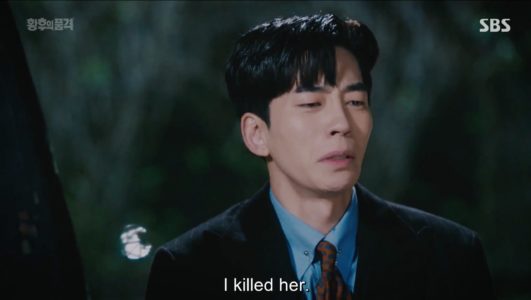 We have a lot of feelings about Hyuk here. Mostly hatred, but surprisingly… a little pity? It’s sad that the Emperor has been used and tricked by everyone in his life to the point that he can’t even trust his own wife to be loyal to him when she has done nothing wrong. We could almost feel sorry for him… if it weren’t for the whole sociopathic murderer thing.

Hyuk finally discovers that Yoo Ra (Lee Elijah) has been manipulating him all along, and her downfall is a mix of horrifying and satisfying. We love to see Yoo Ra finally get what’s been coming to her, but at the same time, it was hard to watch her being shoved in a car and left to burn alive. Wicked as she is, does anyone really deserve that fate? 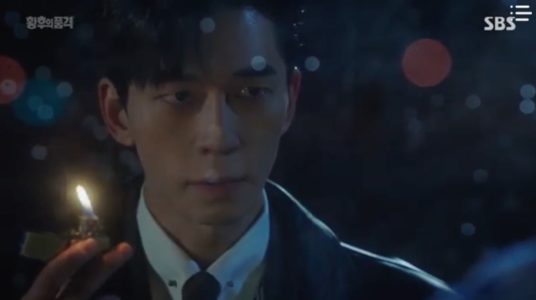 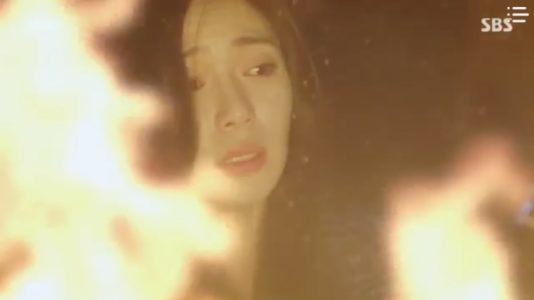 We also have a hard time believing that this is the end for our main villain, so it will be interesting to see whether Yoo Ra manages to escape and make a return. Perhaps she’ll have to get a bunch of surgeries to treat her burns and come out looking like a completely different person, Wang Sik-style.

8. When Woo Bin is all Hyuk has left

Sunny and Yoo Ra aside, it’s becoming clear to us that the drama’s actual OTP is Hyuk and Woo Bin. When Hyuk has left Yoo Ra to die, the first thing he does is call his loyal bodyguard. But, much to Hyuk’s sorrow, Woo Bin doesn’t pick up — because he’s seducing Sunny, like Hyuk and his mother instructed him to. And we actually feel bad for Hyuk during this scene: he’s just killed his girlfriend, the latest in a long list of people who have controlled him and imposed their own ambitions on him, and it’s heartbreaking how sad he is when he catches Woo Bin, the one person who seems to put Hyuk first, ignoring Hyuk’s calls when the Emperor could use a little emotional support.

Hey Soompiers, what were your favorite moments from Episodes 21-24? Which characters made you emotional this week? Let us know in the comments!

Catch this week’s episodes of “The Last Empress” on Viki: