Yoo Seung Ho’s elated reaction to So Ji Sub winning at the 2018 MBC Drama Awards has warmed the hearts of many.

The 2018 MBC Drama Awards was held on December 30 to celebrate the best and brightest actors and productions of the past year. Through the event, So Ji Sub walked home with two awards, the Top Excellence Award for an Actor in a Wednesday-Thursday Drama and the Daesang [Grand Prize], for his role in the MBC series “Terius Behind Me.”

Yoo Seung Ho was there with Ha Ji Won to announce the winners for the Top Excellence Award in a Wednesday-Thursday Drama. Even before the results were known, Yoo Seung Ho looked excited at the fact that So Ji Sub was one of the nominees and when So Ji Sub was announced the winner, he smiled brightly and enthusiastically clapped along. When So Ji Sub arrived on stage to receive his trophy, cameras caught Yoo Seung Ho jumping into the older actor’s arms as he delivered the prize. 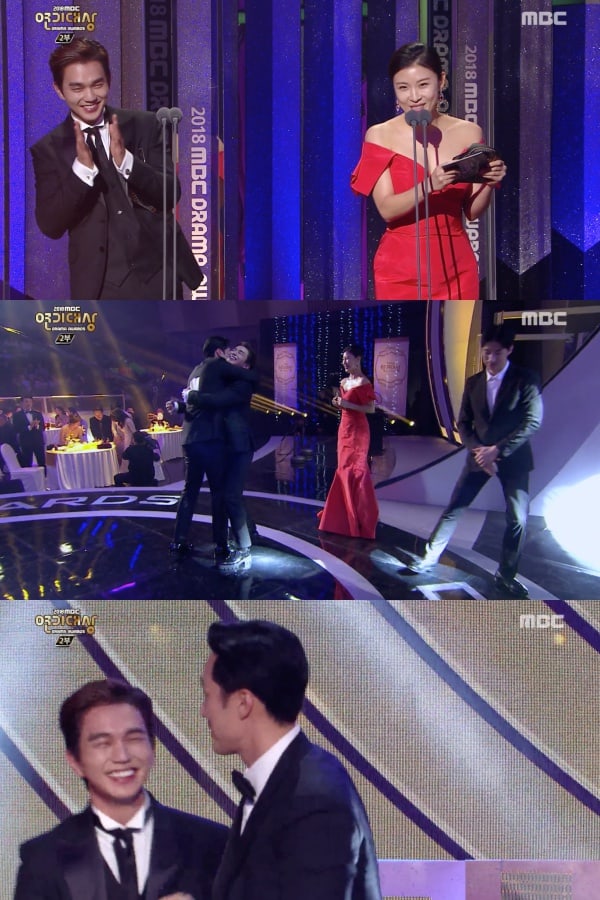 Ever since he was a child actor, Yoo Seung Ho has had the nickname “Little So Ji Sub” and knowing this, the older actor has always looked out for him. Despite there being an age difference of 16 years, the two actors have maintained a close friendship of almost 10 years. So Ji Sub once described Yoo Seung Ho as “an angelic friend” during an interview last year and Yoo Seung Ho described him as “He’s always there to take care of me, even when I don’t ask.”

Catch every moment from the 2018 MBC Drama Awards below!