The friend of a SEVENTEEN fan appeared on KBS 2TV’s “Hello Counselor” to ask for help.

On the January 21 broadcast, a girl expressed concern about her friend. “My friend has been in love with SEVENTEEN for three years,” she began. “Concerts and fan sign events are a given, and she also collects goods. She asks me to watch SEVENTEEN’s MV because they’re releasing a new title track and also brags that she bought new goods. She uses all of her energy at concerts and misses school. She’s also late two to three times a week. I think her family has given up, but I’m worried since I see her every day at school. I think the teachers have given up as well.”

The fan turned out to be a girl named Yu Na, who showed off her extensive knowledge of the group, including SEVENTEEN’s debut date, choreography for every hit song, each member’s position, nickname, and personality. She, however, did not know the birthday of her friend who brought her onto the show.

The fan spoke about her collection, including the group’s comeback gift and a SEVENTEEN-advertised chicken box and revealed she had spent about 12 million won (approximately $10,600) on goods. About the money used towards SEVENTEEN, Yu Na explained, “I receive an allowance when I follow my dad to his hangouts with his friends. There are times when my parents give me money, and I’ve also worked part-time jobs handing out flyers.”

She continued, “I sleep late watching clips of SEVENTEEN, so I go to school late or am absent. I also follow them around during promotions, and there was a time when I didn’t go home for 24 hours.”

With tears in his eyes, Yu Na’s dad said, “I tried to understand her because she’s not doing bad things like drinking or smoking. I also doted on her while raising her because she was born two months premature.” 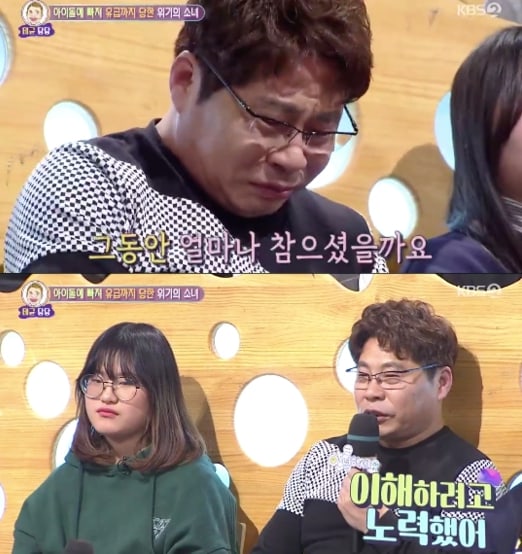 Hwang Chi Yeol commented, “I saw SEVENTEEN when I was a vocal trainer for NU’EST. Didn’t SEVENTEEN succeed because they worked hard on their own? I think they’d wish the same for their fans.” Host Lee Young Ja added, “Do you think that SEVENTEEN would like hearing that you were held back because of them?”

SEVENTEEN then appeared on-screen with a video message for Yu Na. “We are grateful that you like us, but you shouldn’t neglect your schoolwork,” said the group. “If you do work hard at school, we’ll invite you to a SEVENTEEN concert.” After watching this, Yu Na promised, “I’ll listen to my parents, go to school, and listen to SEVENTEEN.” 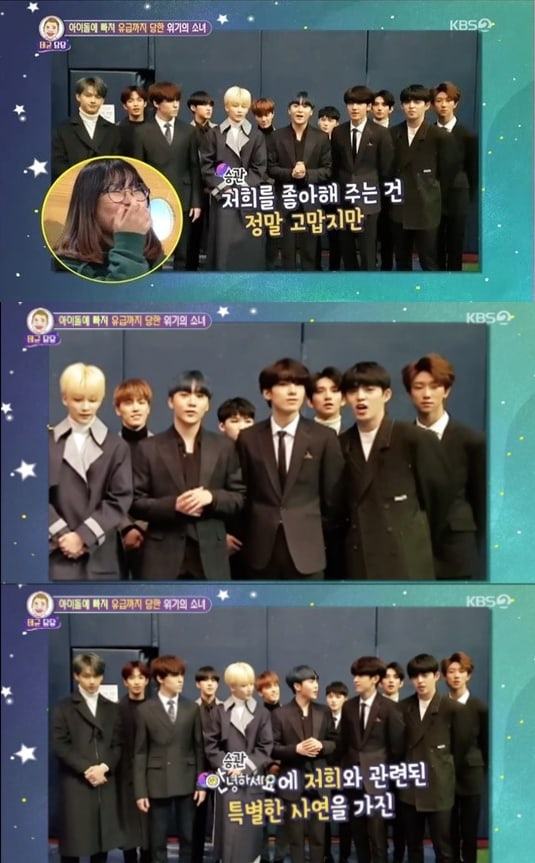 SEVENTEEN released their sixth mini album “You Are My Dawn” and MV for title track “Home” on January 21.