TVXQ’s Yunho talked about some of the famous memes and clips of him circulating online.

On the January 23 broadcast of MBC’s “Radio Star,” Yunho appeared as a guest and was shown some of his most popular clips.

The first one was from his past appearance on KBS 2TV’s “Happy Together” where he engaged in a rap battle with H-Eugene. Yunho covered his eyes while the clip played of him ending the rap battle with the now infamous line, “And that’s the truth of life.” 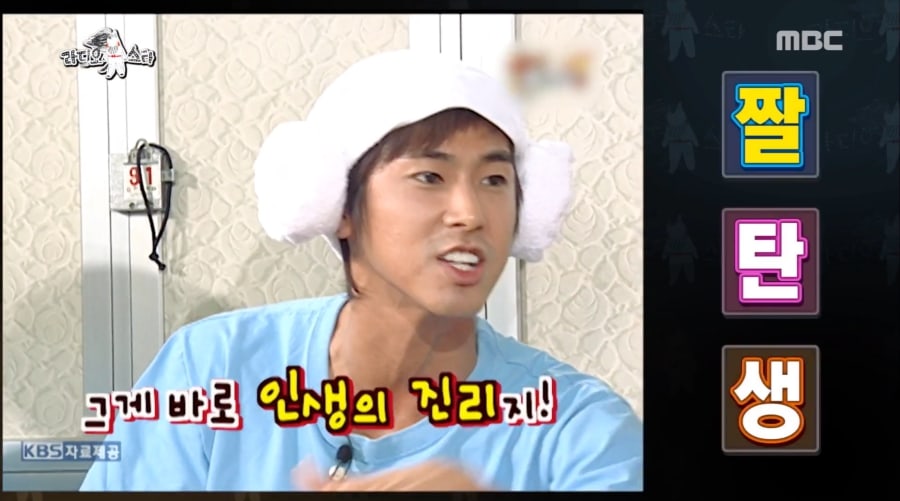 The second clip showed TVXQ’s Changmin and Yunho sitting and watching a performance at an awards show. Yunho grooved to the music before looking into the camera and making a killer gesture, which had all the “Radio Star” hosts laughing. 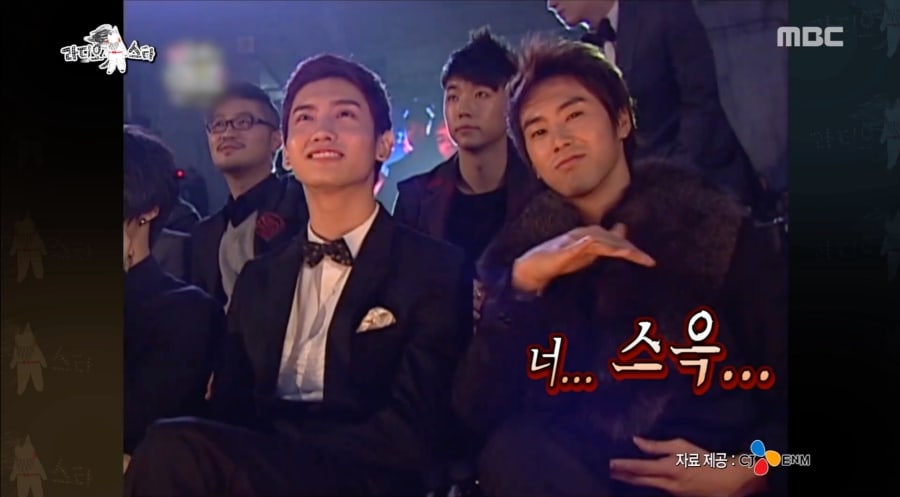 The third clip was a fan-taken clip of Yunho and Changmin surrounded by fans at an airport. After taking off his sunglasses, Yunho shouted, “Excuse me” and moved his arms to gesture for fans to make way. 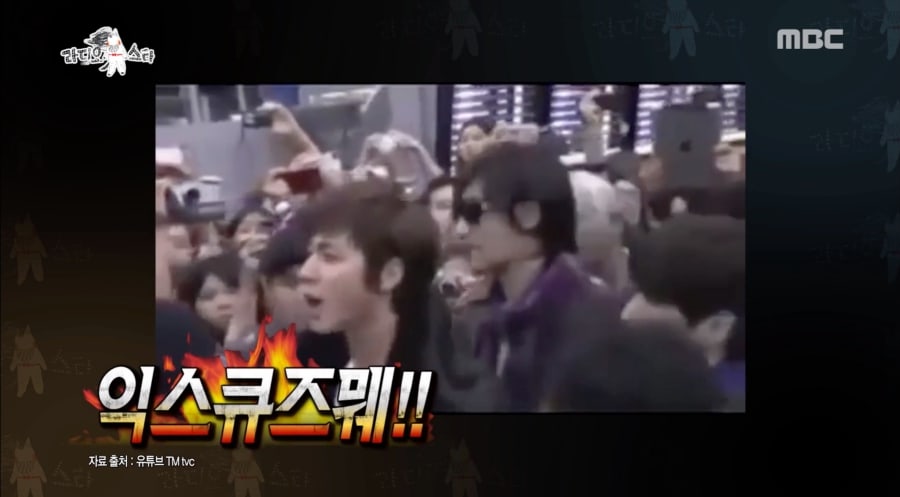 The fourth clip came from MBC’s “I Live Alone” where Yunho danced passionately to TVXQ’s “Keep Your Head Down” in his living room as soon as he got up in the morning. 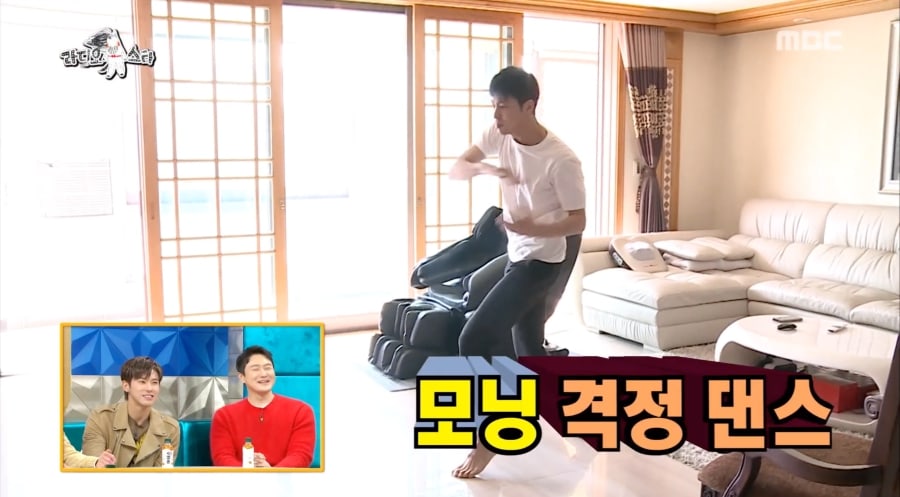 When Kim Gura asked about him making the killer sign, Yunho explained, “I was watching a senior artist performing then copied his moves, but it was taken out of context.”

“There are so many memes of me besides these,” said Yunho. “But those are also parts of me. A lot of people and rappers make fun of me about the ‘truth of life’ rap, but I think to myself, ‘I must’ve made some sort of impact.’”

About the clip of him shouting “Excuse me” at the airport, Yunho explained, “The fans fell on top of each other. I saw that and thought that I shouldn’t leave it like this. I took off my sunglasses in order to be polite because I didn’t think I should do it while wearing sunglasses. I thought to myself what it was in English, then shouted, ‘Excuse me!’ It was dangerous, so I said, ‘Excuse me.’” 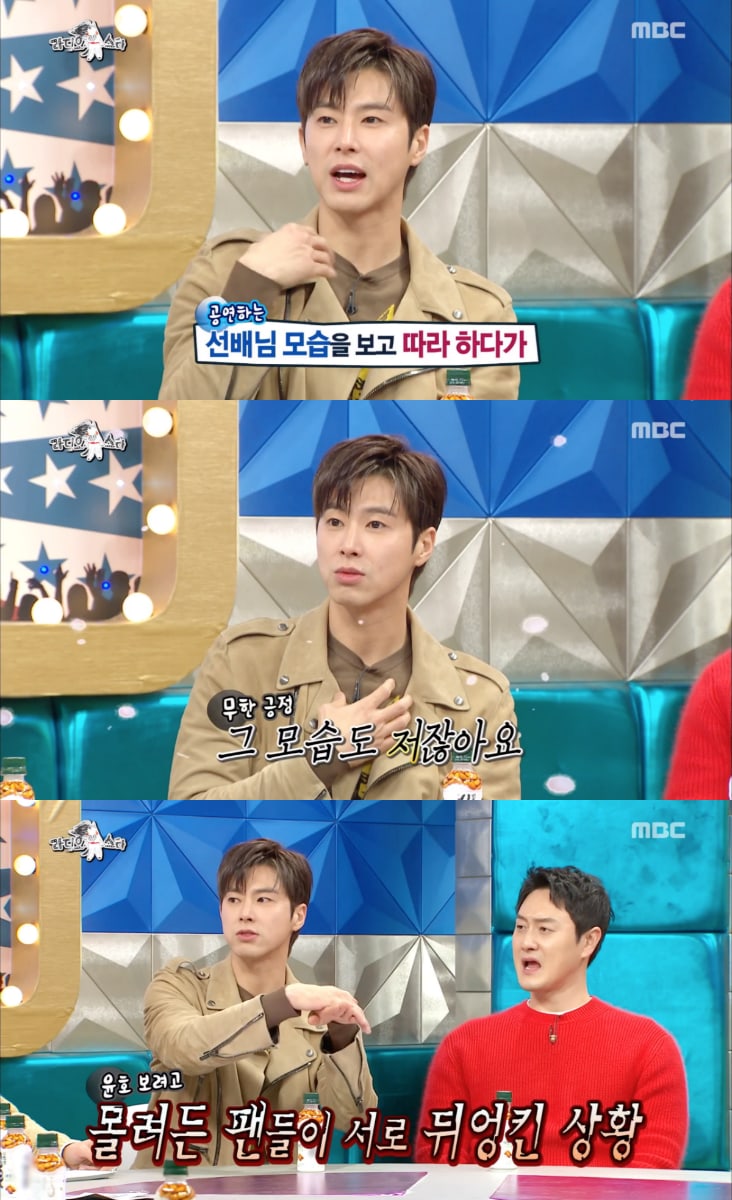