The couple is described by the production staff as “When they meet, they growl at each other, but they can laugh more when they’re together,” hinting at a comic side to their drama.

“Legal High” is the new Friday-Saturday drama from JTBC and tells the story of two extremely different lawyers: an arrogant, successful, and money-focused lawyer played by Jin Goo and a passionate, just, and driven lawyer played by Seo Eun Soo. 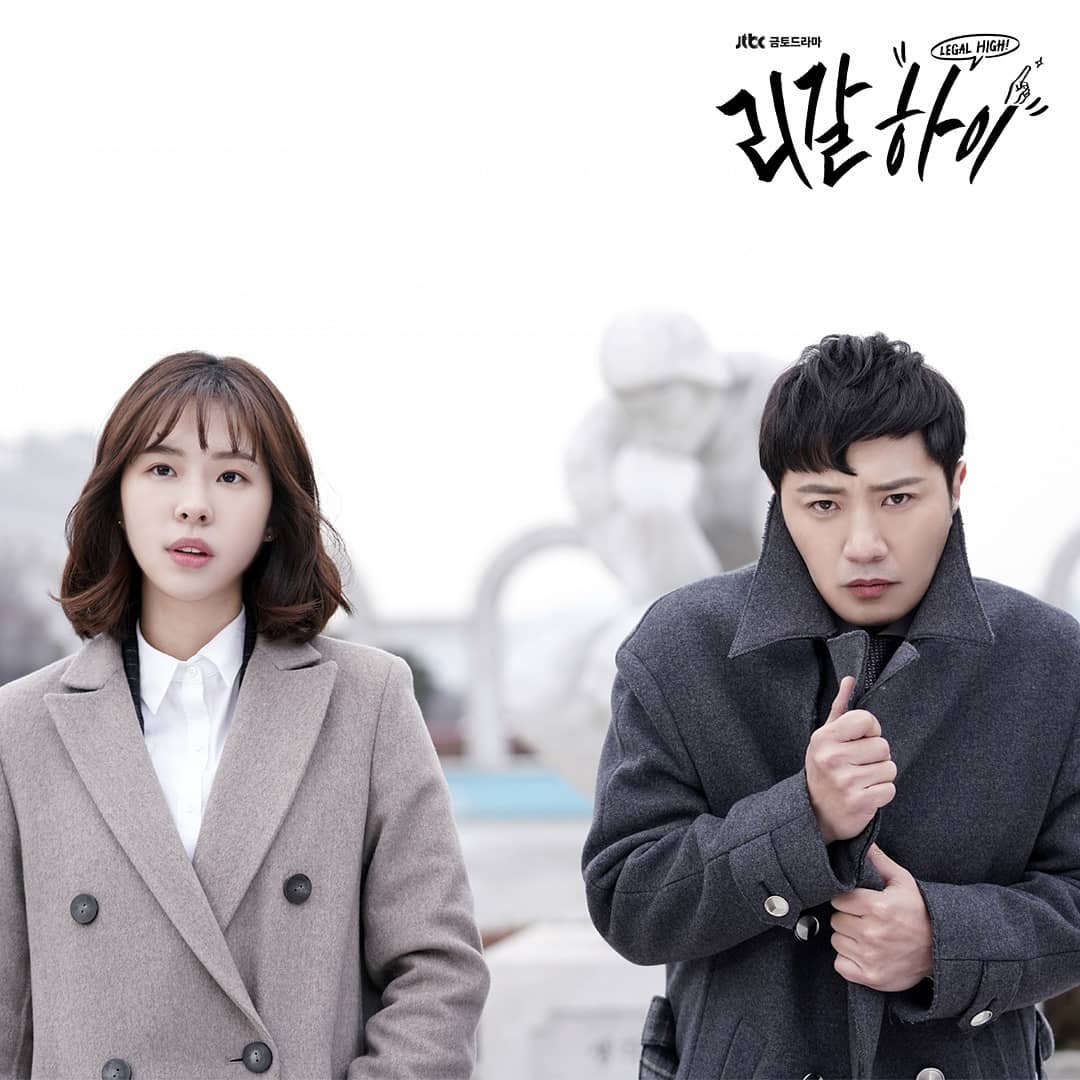 In one still, Jin Goo and Seo Eun Soo look like a high-powered lawyer super-team as they show off their long coats and in Jin Goo’s case, mugs for the camera. In another still, Seo Eun Soo looks like she’s trying not to laugh as Jin Goo goes even more over the top. 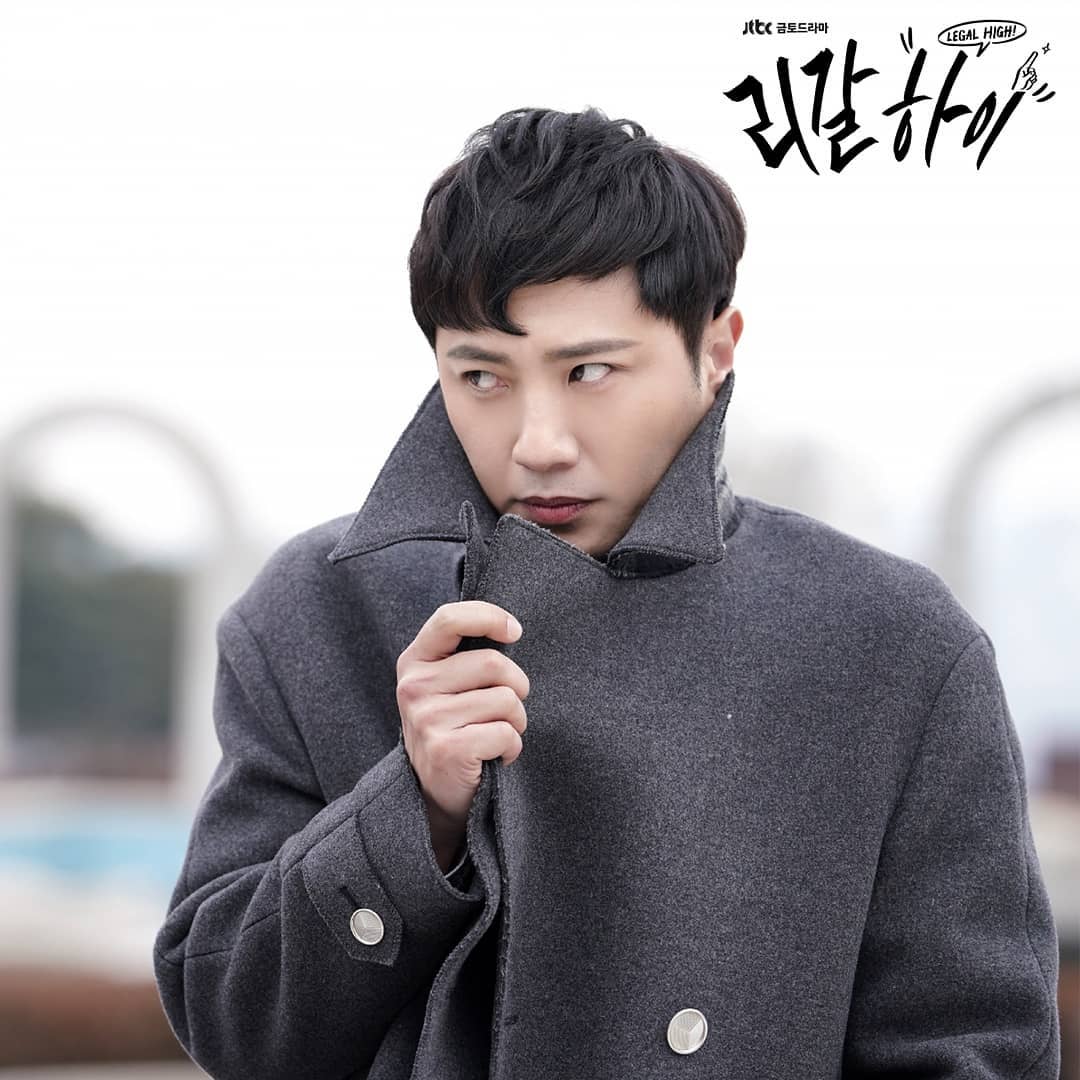 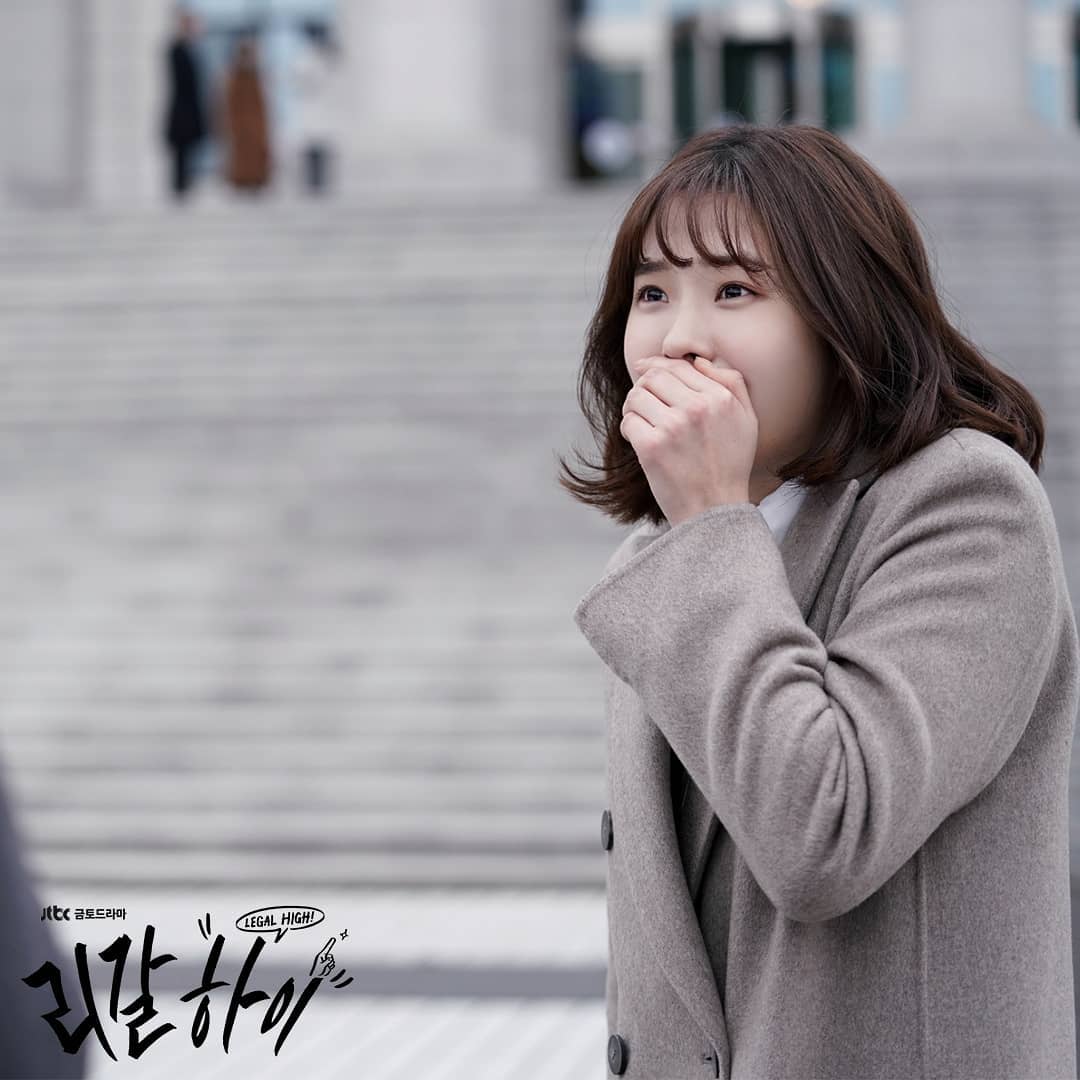 The two actors have a good rapport on set, with Jin Goo recently saying about Seo Eun Soo, “She makes the atmosphere on set bright and she’s so good that I’m thankful and respectful. Fighting, Seo Eun Soo!”

Seo Eun Soo also said about her co-star, “He’s very considerate and has a lot of respect for others. He has a lot of lines so he’s always carrying a script and memorizing his lines. Inspired by that, I thought I should work harder and become a better partner.”

“Legal High” will air after the finale of “SKY Castle” on February 8. Watch the trailer here!