Everyone has a habit or two that they cannot get rid of to save their lives. This is also the case for our vocal queen IU, whose weird but cute habits just add to the reasons why fans absolutely adore her!

While her golden voice and blinding visuals are more than enough for you to stan her, take a look at these seven habits of IU that make her completely irresistible!

IU has had this habit since forever ago. Fans have noticed that every time IU receives an award, her arms move quicker than the rest of her body (probably from all the excitement). From the moment her name is announced to when she begins walking towards the stage, her arms are already out in front and ready to take the awards home!

Whether she’s just really excited or doesn’t want the presenters to wait for too long, this habit often puts her in awkward situations. After reaching out for an award a little too prematurely, she often has to awkwardly wait until the presenter has fully read the award’s description before she receives the award.

2. The Magic Finger That Helps Her Think

Whenever IU is in deep thought, she tends to bring her right index finger up to her lips.

No one has questioned the singer about this habit, but fans are guessing that the finger contains some sort of magical power that helps her with any decision-making process.

Whether she is biting her finger or just gently pressing it against her lips, you better leave IU alone when she does this because it means she is thinking deeply about something!

FYI, it sometimes goes all the way up to her head.

3. Widening her eyes to be “intimidating”

IU shows this facial expression rather frequently. She does it the most during “IU TV” episodes when she wants to scare off the cameras (or so we think). But little does she know, this expression makes her look even more adorable, and this tactic of hers will never work in scaring people off.

It’s like seeing your five-year-old sister trying to defend her last cookie. You just gotta let her believe that she is scary!

4. Pinky fingers that are pretty much their own entities

Those pinky fingers of hers are always acting on their own! Whenever IU is doing anything with her hands (whether she is making hearts or saying bye to her fans), the pinkies never go along with the rest of her fingers.

Even when she’s holding onto her dress to avoid falling, her pinkies are too sassy to help. It’s like they almost want her to trip and fall! 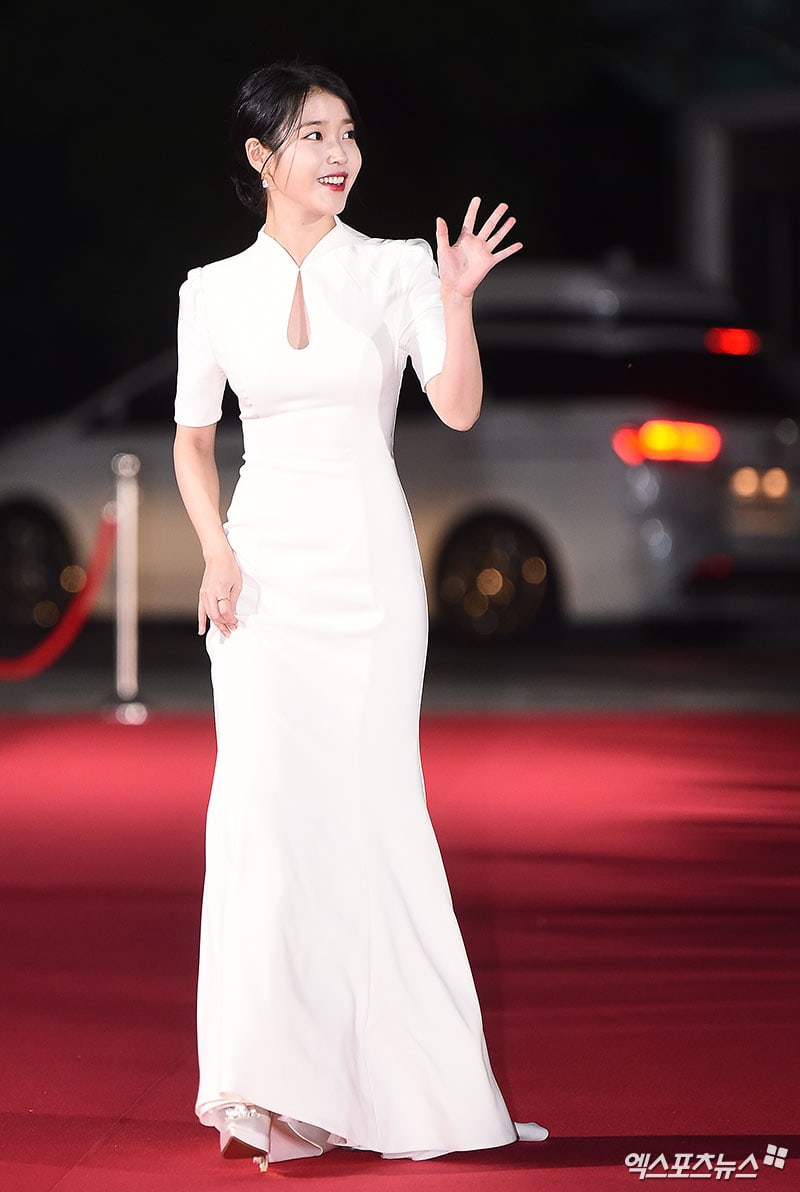 Whenever she feels embarrassed, IU reaches for her stomach. This habit comes out almost every time she shows aegyo, which IU (being the angel that she is) does to make her fans happy.

Fans, knowing how rare it is for IU to show aegyo, go completely wild every time. However, they also know that the tummy-scratches that immediately follow the act indicate just how hard it is for the singer to do so. This makes fans appreciate both her and her aegyo even more, and it is another reason why so many of them fell in love with her in the first place!

IU also has a special habit that comes out when she is drinking water. Instead of sipping and swallowing water right away, IU likes to puff up her cheeks and take a few seconds to let the taste of water sit inside her mouth.

The funny thing is, ever since IU mentioned that other idols’ fans react to the smallest things their idols do (and implied/complained that her fans don’t), UAENAs (IU’s fandom name) started cheering every time she drinks water. They really do have a fun relationship!

Stretching her arms out a little too quickly to receive awards is not the only way IU expresses excitement and gratitude! The singer also tends to show how she feels with her right ankle, especially when there is a coffee or food truck involved. 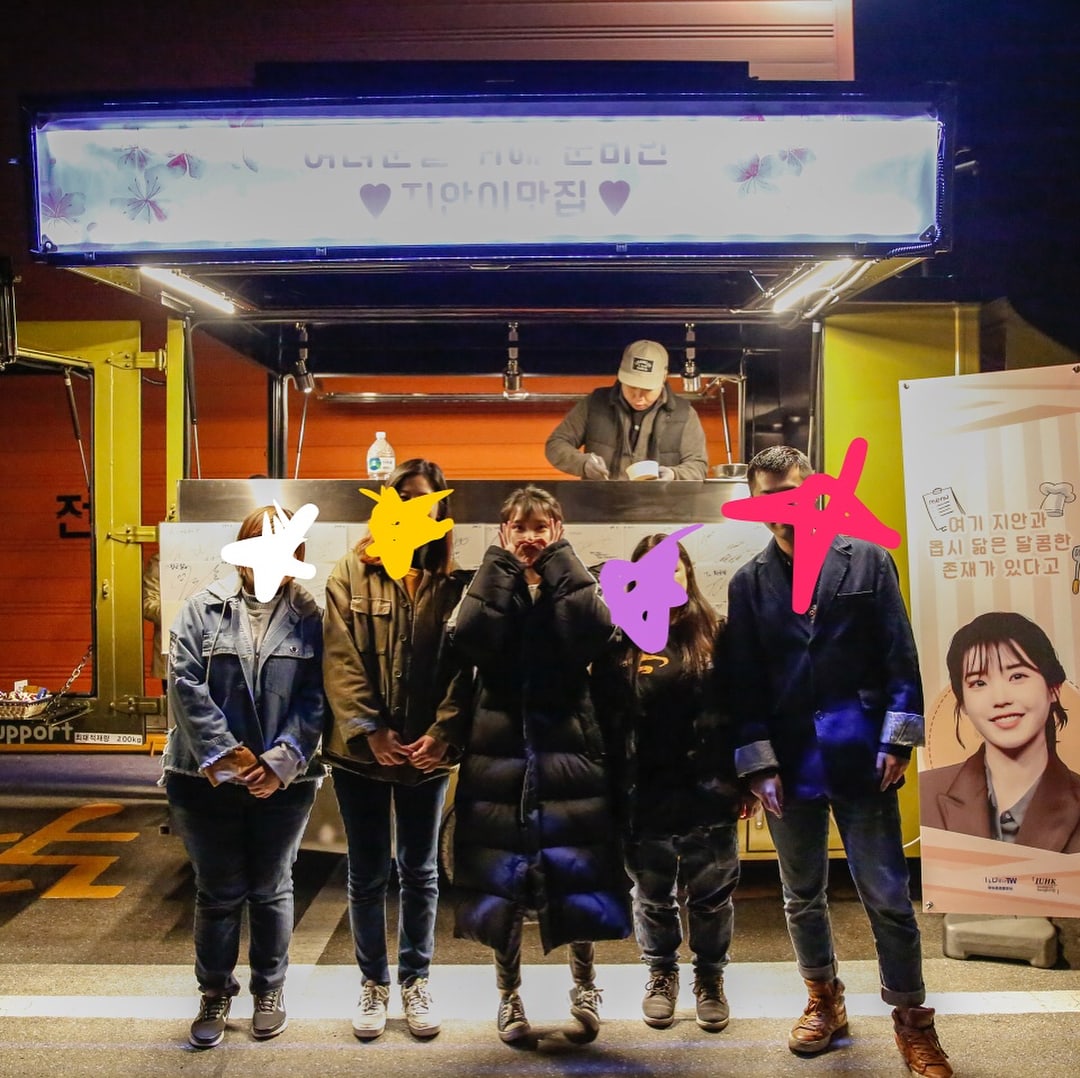 In many photos of her standing in front of food trucks that were sent in support of her dramas, you can see that her right ankle is always a bit crooked. It’s almost like she’s anxious to try out the food and coffee! 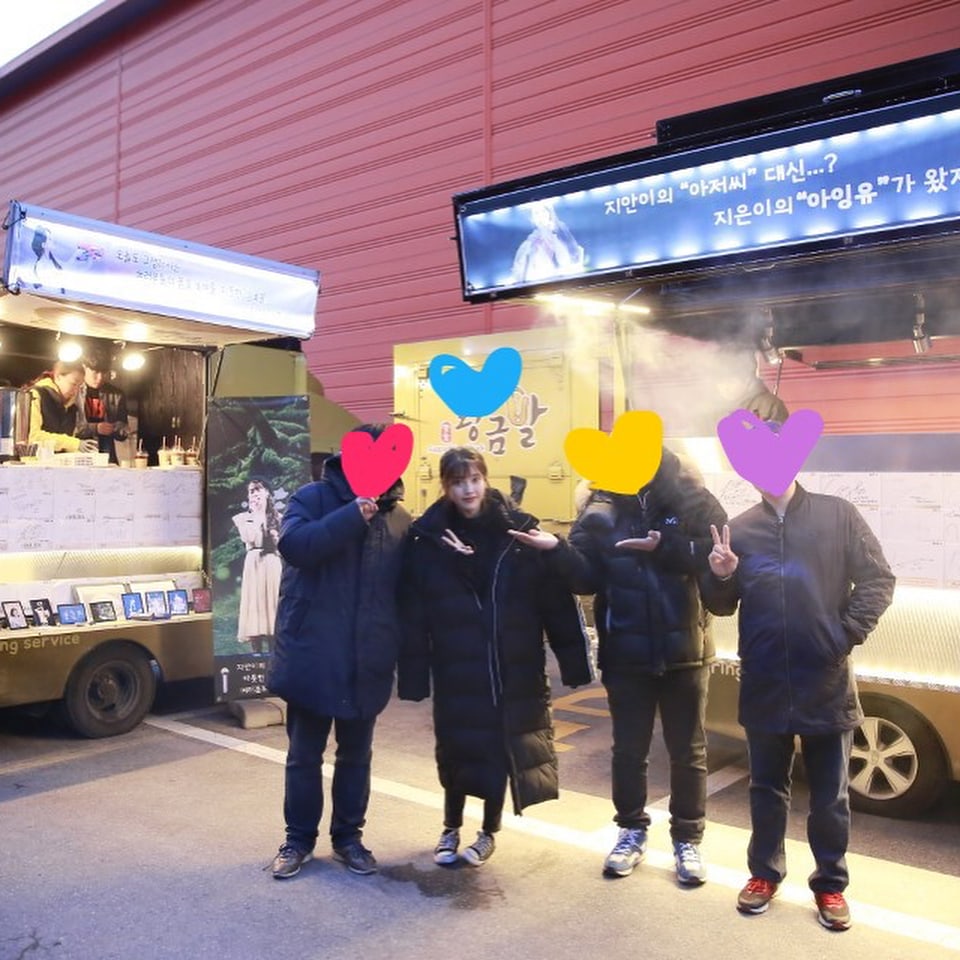 What other small habits of IU do you love? Let us know in the comments below!