On the SBS show “We Will Channel You,” WINNER’s Song Mino found out the real story behind an alleged revelation that had shocked the group!

On the January 31 episode of the show, Song Mino told Kang Ho Dong a story that he has also recently shared on other broadcasts. He explained that the group’s dynamic changed after his mother recently told him that he was born in 1992, rather than 1993 as he had thought.

For many Koreans, a person’s age has an effect on their relationships, and common ideas about age-based hierarchy often influence the way people act and treat each other. In terms of language, people of the same age speak to each other informally as “friends” while those older than them must be addressed respectfully with titles such as “hyung,” and often a more formal speech level is expected. 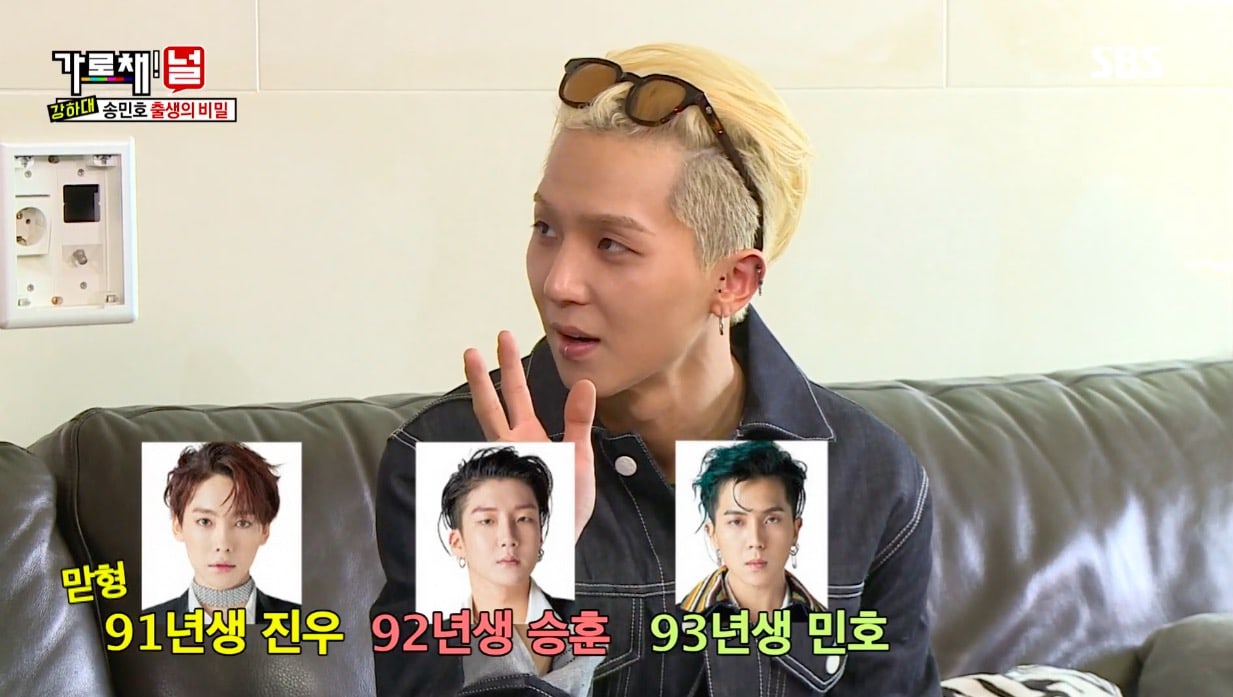 He then explained how recently they were at a dinner after a concert with their families and were talking about their ages. His mom had cut in to say, “But you were born in 1992! You’re same-age friends with Seung Hoon! I gave birth to you, so of course I know. You were born in 1992.”

Song Mino explained that this not only changed their relationships within WINNER, but also with his younger sister, who was suddenly two years younger than him instead of born within the same year. When Kang Ho Dong asked why she had originally said Song Mino was born in 1993, Song Mino said she hadn’t told him that much.

Kang Ho Dong asked if there was a way they could find out the truth for sure, and Song Mino suggested that they call his mother. It was explained that Song Mino and his mother hadn’t been able to have a discussion on their own about the matter since it was brought up.

When they got Song Mino’s mother on the phone, Kang Ho Dong asked her about the time she had revealed he was born in 1992.

In reply, she laughed and said that Song Mino was being foolish about that, which shocked Song Mino. She said, “I made a joke but it blew up. I didn’t know that they’d believe it.” 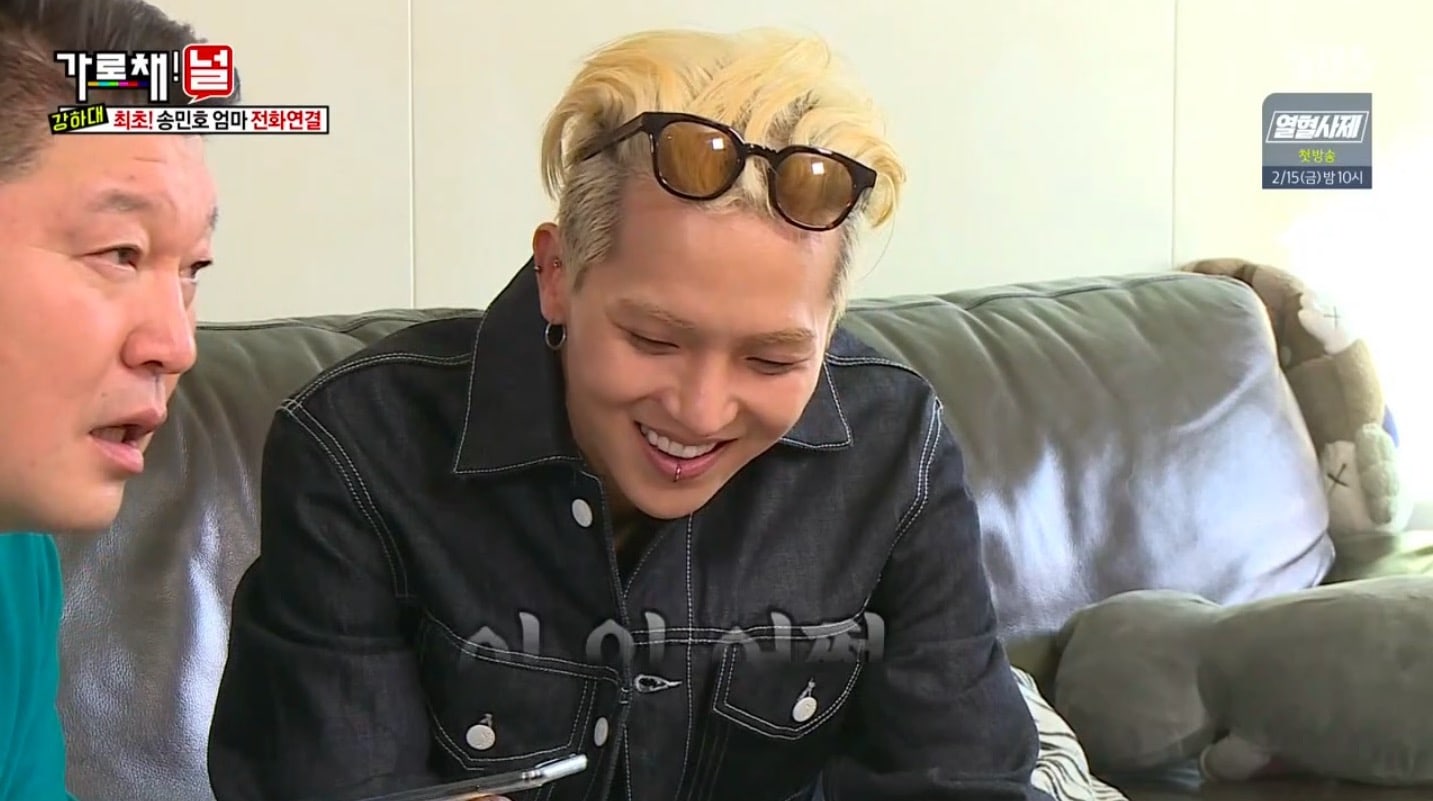 Song Mino said in disbelief, “Mom, because of that, we’ve been acting like Seung Hoon is my same-age friend and Seung Yoon calls me ‘hyung‘ – it’s been a huge deal.”

His mother said, “I didn’t know it would be become such a huge issue!” Song Mino laughed and said, “I’ve been talking about this on television shows and the radio!”

His mother laughed again and clarified that he was indeed born in 1993, as they’d originally thought. 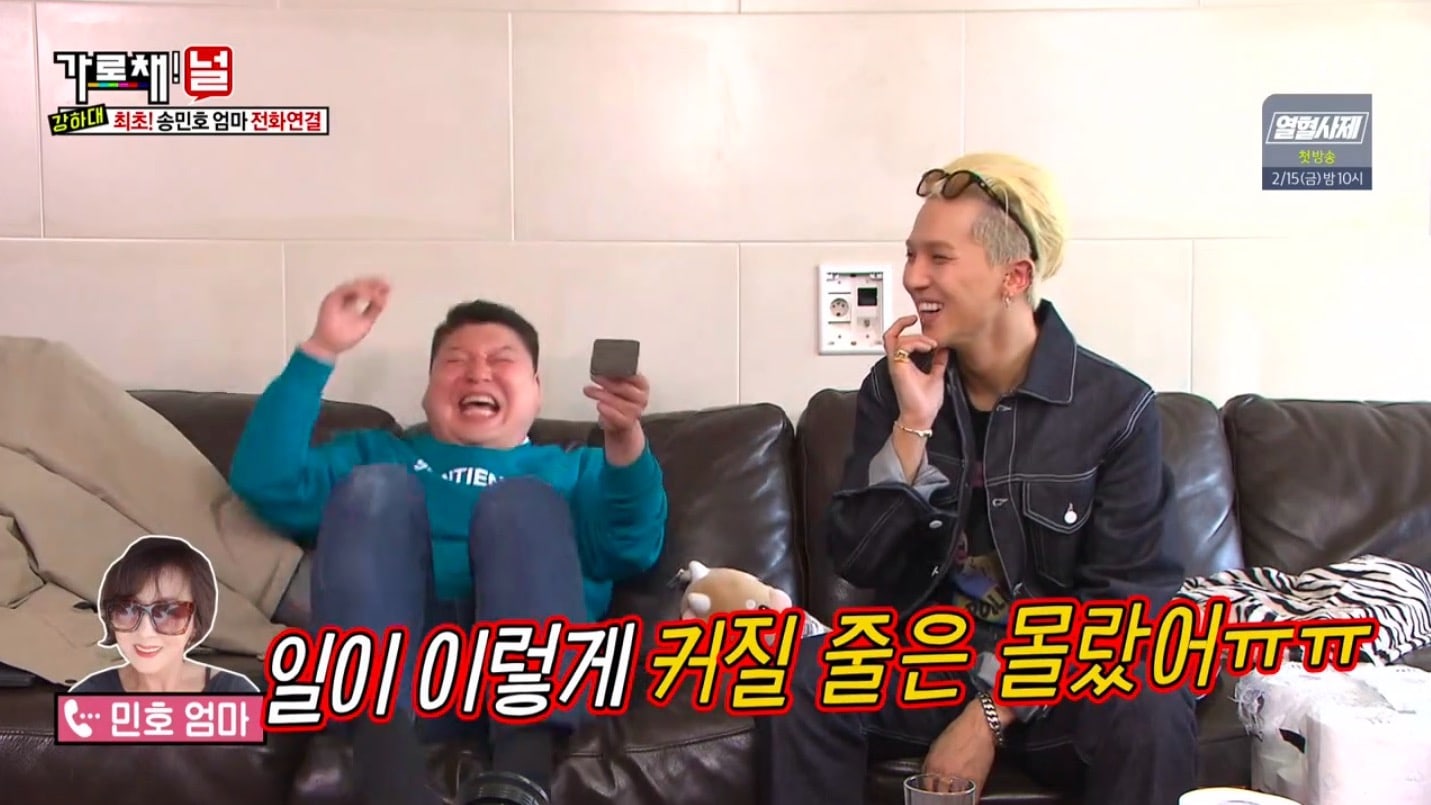 WINNER made a comeback with “Millions” in December and recently wrapped up their North American “EVERYWHERE” tour.