On the January 30 broadcast of KBS2’s “Mr. House Husband,” Yulhee showed her determination to be a good mother to her son.

When Yulhee spotted Minhwan spending time with their son by showing videos on his phone, Yulhee suggested that he refrain from doing so. She worried that playing with a phone would deteriorate the baby’s eyesight. 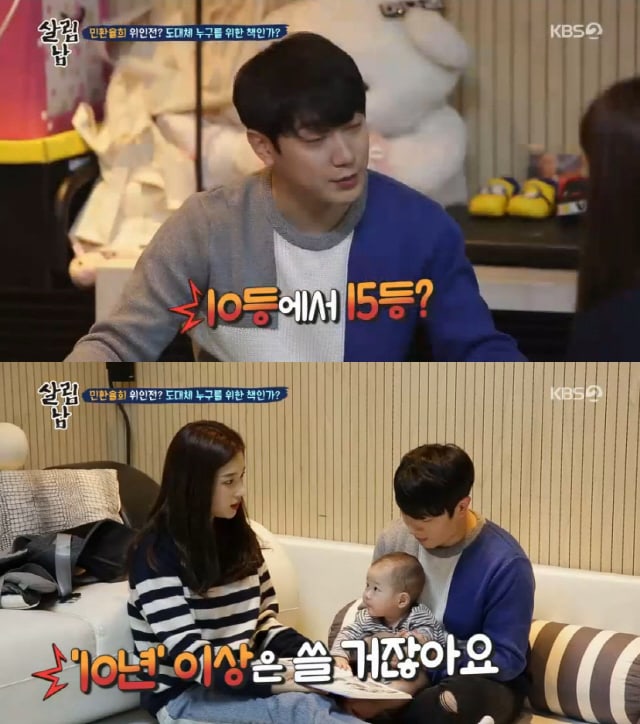 Yulhee said, “Because I gave birth to my son earlier than people my age, many people worry that I lack aspects [of being a good mother]. I’m trying my best to not be an inadequate mother.”

When coming across a book series about popular historical figures, Yulhee did not hesitate to purchase it. Minhwan asked, “Jjangi (the baby’s nickname) is only eight months old. Can he even read this?” In response, Yulhee argued, “I did well in school because I used to read a lot as a child. When I was in school, I was ranked No. 10 to No. 15 in my class.” 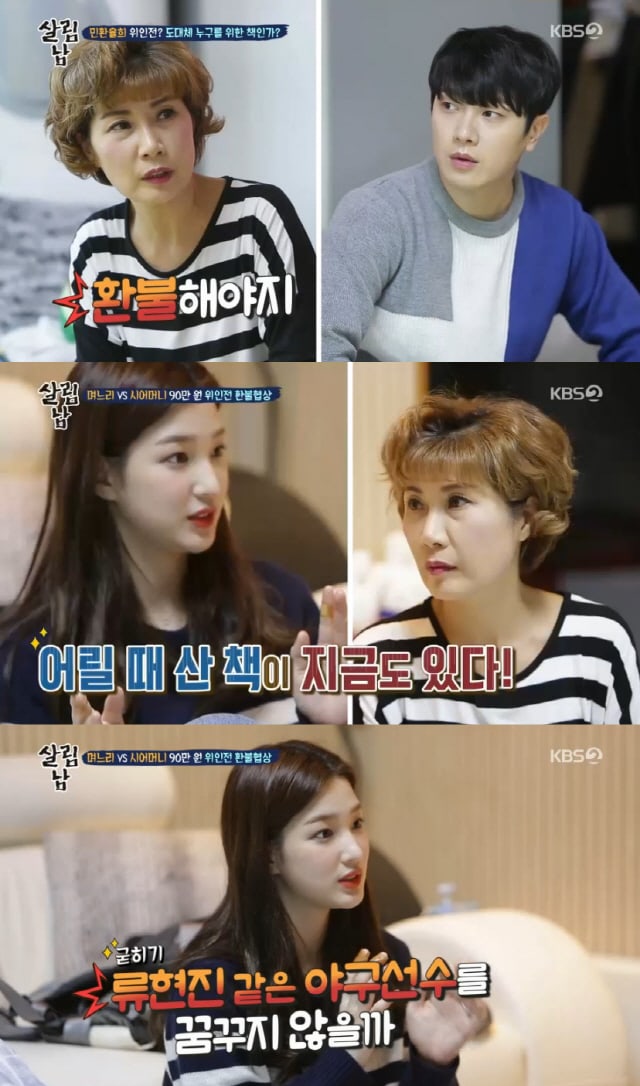 However, Minhwan found out that the book series cost 900,000 won (approximately $808) and told his mother, who confidently stated that she could convince Yulhee to return the books.

Minhwan’s mother showed up at Minhwan’s house and started talking to Yulhee about the books. She carefully asked Yulhee, “Do you think Jjangi will look at the books? Don’t you think they are too hard for him?”

In response, Yulhee calmly explained her logic. She said, “I still have the books from when I was young at home. Also, even though he may not understand right now, the book series tell stories of various people. The series include people such as Kim Yuna and Ryu Hyun Jin. It will broaden [Jjangi’s] horizon when he starts thinking about his future career.” 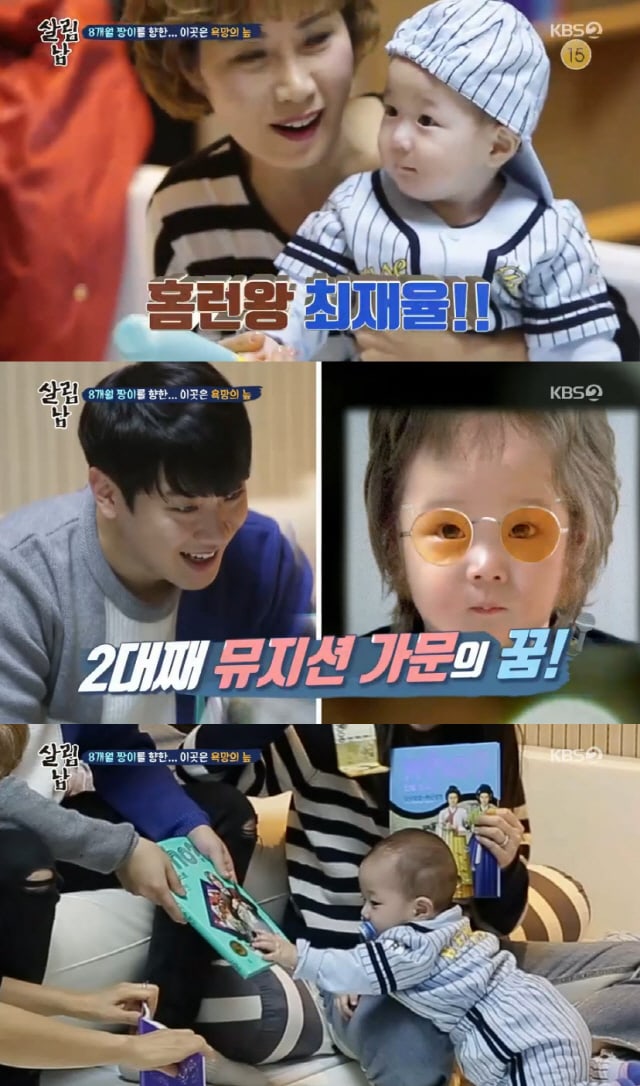 Minhwan’s mother, who is a fan of the Hanwha Eagles (Ryu Hyun Jin’s former team), was convinced by Yulhee’s logic. She said, “We will have to read them to [Jjangi]. Let’s turn him into a baseball player.”

On the other hand, Minhwan grabbed a book about John Lennon. He commented, “I hope that [Jjangi] becomes a musician who is well known to others.” Afterwards, Minhwan bought a drum set and played with his son.