Shin Sung Rok, Jang Nara, and Choi Jin Hyuk are easygoing even in the midst of filming darker scenes in a making video for “The Last Empress.”

The making video begins with the three leads rehearsing a scene where they get involved in a fight because of Emperor Lee Hyuk’s (played by Shin Sung Rok) suspicion that the other two are conspiring against him. Though the scene involves a lot of anger, punching, and other violence, they lightheartedly try to figure out how to use their movements to work with the lines.

Shin Sung Rok is an especially sweet co-star, as he worries about pushing Jang Nara too hard and hitting Choi Jin Hyuk with a chair. They show great chemistry and teamwork as they use their lines to help signal upcoming movements. When Shin Sung Rok puts on bloody makeup, Jang Nara affectionately jokes, “He looks like a baby goat drinking his mama’s milk. He has his mouth open so meekly.” 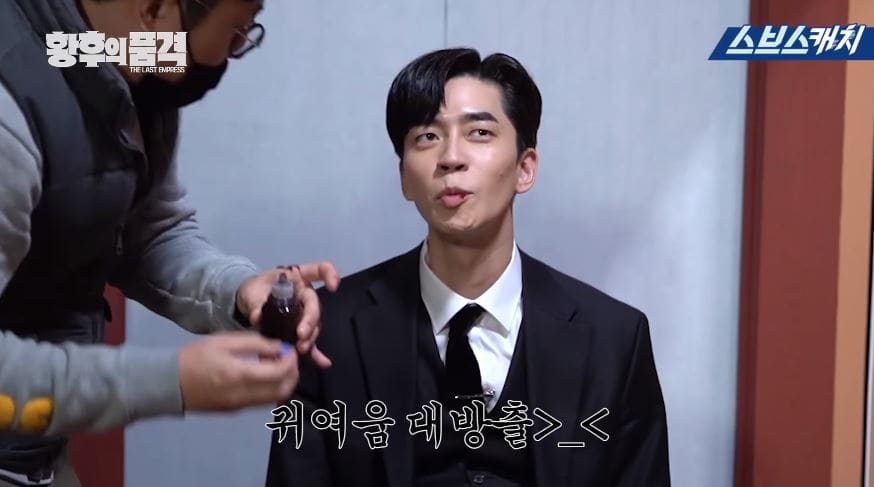 In the next scene, Shin Sung Rok is in the middle of interrogating Choi Jin Hyuk, but he leaves suddenly when he hears that his enemy has entered the palace. Jang Nara takes this chance to save Choi Jin Hyuk. Despite the heavy mood of the scene, the cast members don’t forget to have their laughs. 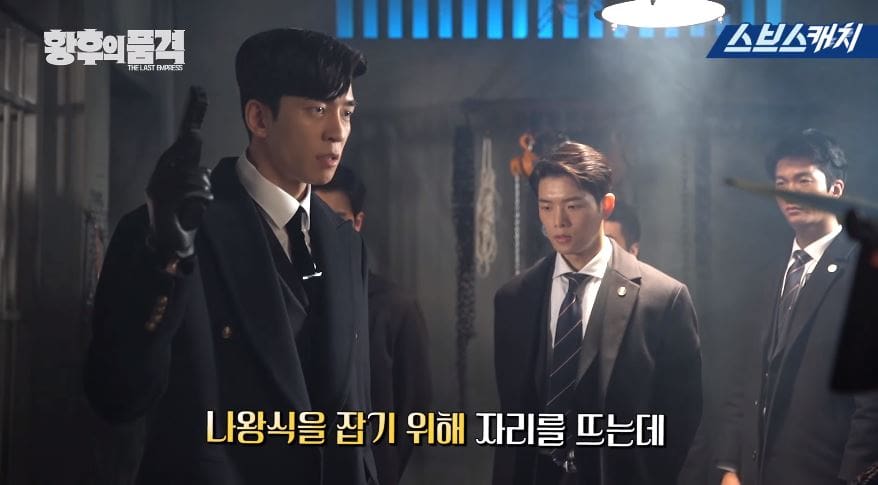 Shin Sung Rok jokingly plays around with the prop gun after exiting and adorably whispers, “bang bang.” When Jang Nara slaps Choi Jin Hyuk’s face lightly to wake him up even though she doesn’t need to, she apologizes and laughs, saying it’s a misunderstanding. At the same time, Choi Jin Hyuk has fun teasing her about it. Afterwards, Jang Nara can’t stop laughing in the middle of the serious scene. 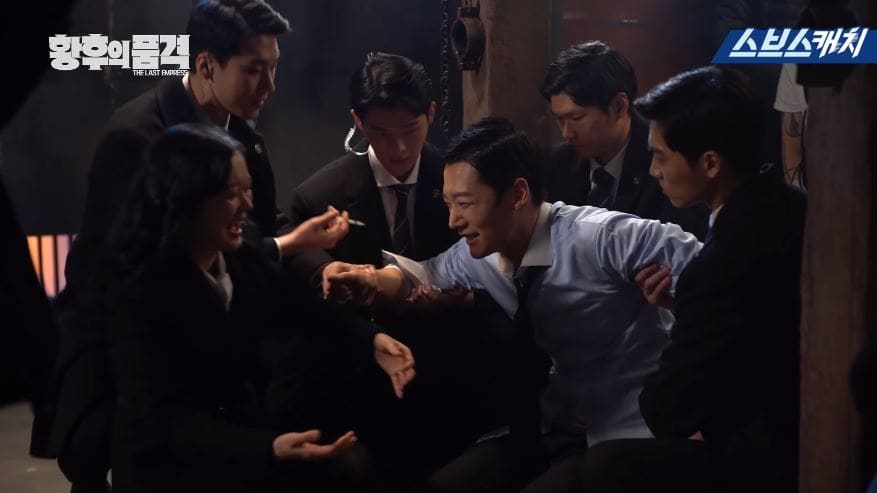 If you haven’t already, catch up on the latest episode of “The Last Empress” below!